Horner: ‘Max had less downforce than Schumacher after crash’ 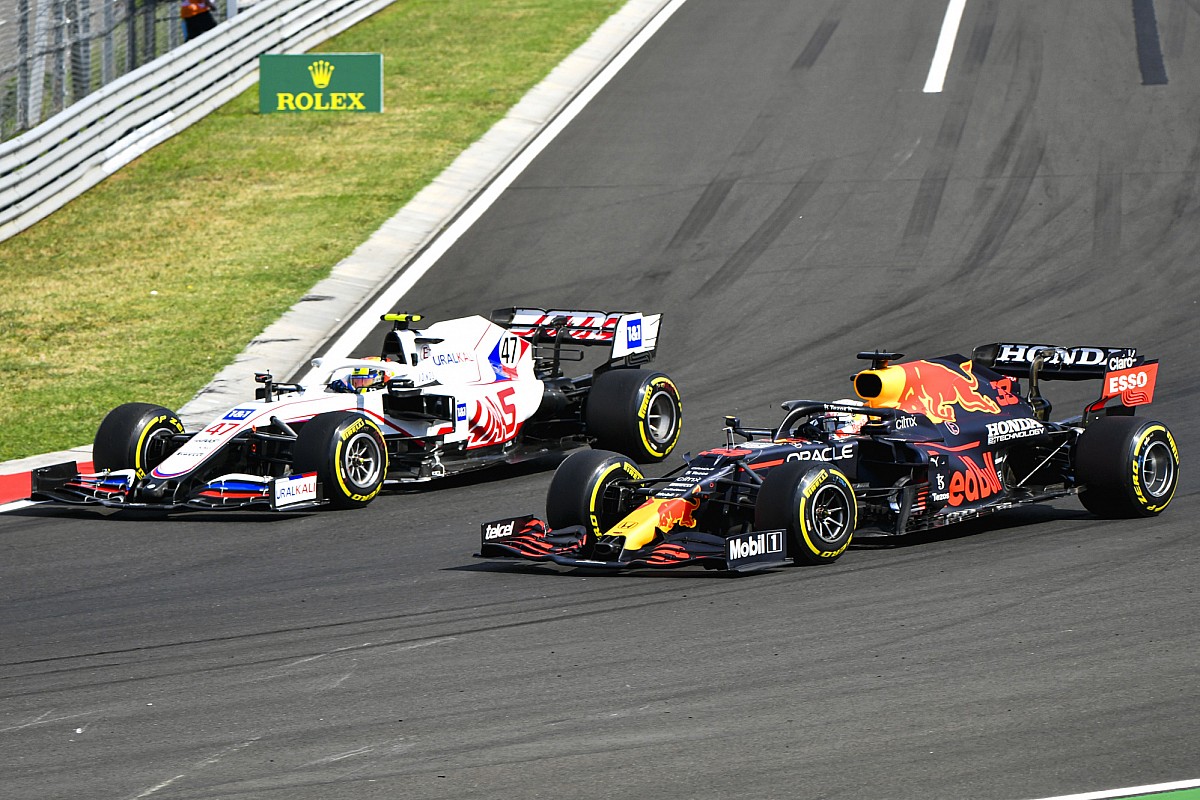 Max Verstappen had turned up at the Hungaroring, home of the Hungarian Formula 1 Grand Prix, with the specific intent of canceling the Silverstone “zero” due to the now famous contact with Lewis Hamilton at the Copse and making up for a track that, for characteristics, it should have been the perfect hunting ground for the RB16Bs. But this did not happen.

Indeed, the exact opposite has happened. After a good start, Verstappen was literally hit by the McLaren MCL35M of the innocent Lando Norris. The British driver, a few moments earlier, had been rammed by Valtteri Bottas after the wrong braking point on the track made wet and treacherous by the rain.

The impact between McLaren and Verstappen’s single-seater seriously damaged the number 33 RB16B. Verstappen, still leader of the World Championship at the time, returned to the pits after the red flag and the Red Bull mechanics tested in all ways to patch the damage on the right side that affected the bargeboard and bottom.

Mission accomplished, but Verstappen’s aerodynamics were compromised – and not just a little – for the rest of the race, forcing the Dutch talent to grit his teeth in order to finish the race in the points and limit the damage in some way. At the end of the race, Red Bull team principal Christian Horner tried to estimate the damage suffered by Max’s car in the accident triggered at the first corner by Valtteri Bottas.

“Let me just say that I think Mick Schumacher had more downforce than Max in the race. So Max had to ride with his heart, he gained 2 points which could prove to be crucial at the end of the year.”

Horner’s example was not accidental, because for much of the first stint of the race Verstappen was stuck behind Mick Schumacher and his outdated Haas. That’s why Horner brought up the German rookie. Then, the manager explained better of the damage suffered by the car number 33.

“The mechanics, you know, have lowered the pit stop time this season. It is a sign. You must know that we will continue to fight.”

Horner, given the conditions of the race after what happened at the first corner after the start, underlined how Mercedes had unwittingly given Red Bull a good hand, completely wrong to leave Hamilton on the track with intermediate tires after the formation lap at the resumption of the race. competition.

“And you know, luckily Mercedes made a strategic mistake in the race today at the Hungaroring. Fernando Alonso looked like he was driving for Red Bull. In the end we limited the damage. It could have been even greater.”

“Certainly the damage suffered in the last two races will not help. We have a lot of damage caused by accidents and potentially two engines that we lost due to bad maneuvers by other riders. It is very frustrating.”

The last consideration, Horner offered it when speaking of the 2-time F1 world champion Fernando Alonso. The Asturian from Alpine, with a stoic defense in the second part of the race, slowed down Hamilton’s furious comeback towards a potential victory, which did not come. Fernando’s tough but correct maneuvers allowed Ocon to win the race, but also Red Bull to lose fewer points than he had counted.