Horacio Rodríguez Larreta: ‘We must end the crack, but this Government did not show any intention of that’ 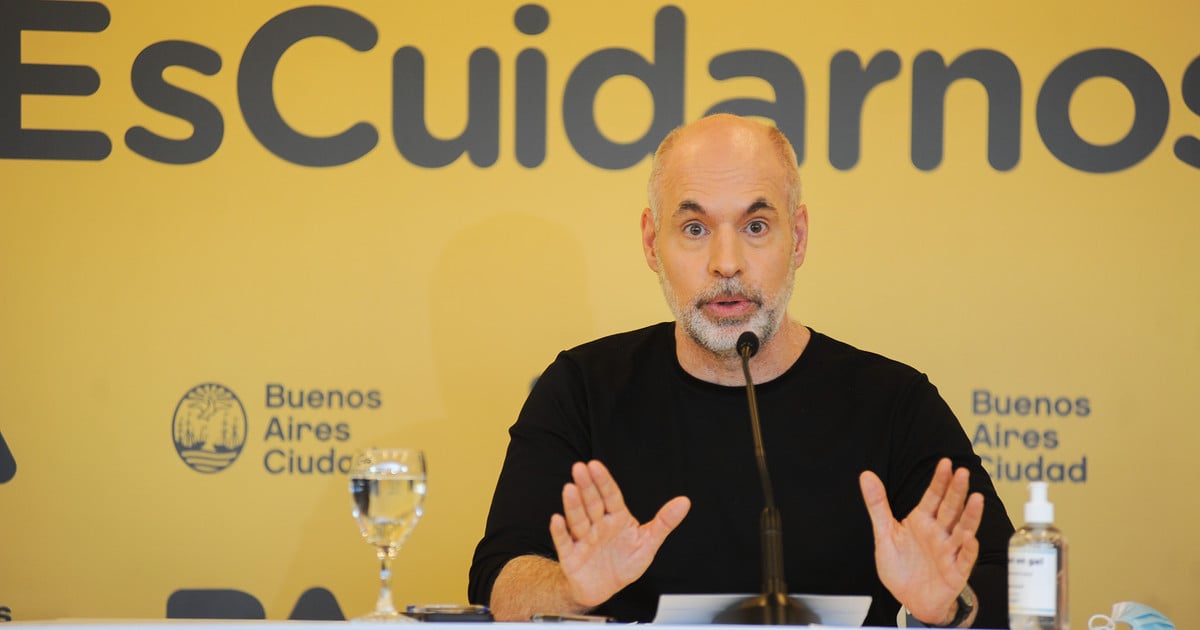 The Head of Government of the City of Buenos Aires, Horacio Rodríguez Larreta, expressed his intention to “end the crack in Argentina”, although he affirmed that the government headed by Alberto Fernández still “did not show any intention of that.”

“I have no doubts that we have to end the crack, because it is one of the great causes of the problems we have, but clearly this Government did not show intentions of thatInstead, it deepens it, “said the Buenos Aires official this Thursday, in dialogue with LN +.

In this sense, he complained that “for more than a year and a half of management, there has been no call“on the part of the ruling party, but” on the contrary, “the President”he spends his time blaming the other, the opposition and the media. ”

“There is no agreement. This is not a government that has shown any vocation for that. Cristina (Fernández) was president for eight years and never made a genuine summons or an agreement, “he added.

He also assured that “there are some (ruling party politicians) with whom it is possible to agree, although he warned that Cristina Fernández, Máximo Kircher and Axel Kicillof are not the case:”I don’t think I can find points to agree with Cristina for the things she says and for the things she did as president. With Kicillof it is very difficult too. Nor do I have any chat with Máximo Kirchner “.

On the other hand, he explained that “there is two country models that are at stake “for the mid-term elections. On the one hand,” one with the boys in the schools, “and on the other,” that of the Province of Buenos Aires, which even today still does not have classes at all the days”.

Regarding the differences with the ruling party, he added: “They are in favor of banning the export of meat, when I believe that Argentina it should triple its exports“.

Facing the elections, he did not hesitate to affirm that Together for Change is going to prevail, because “the majority of people want to say enough to this government“.

“Alberto should change his attitude. If he loses the election, one would expect self-criticism and a change. If you are going to continue with the model of boys without classes, blaming someone else, without improving security and with an inflation of 3 or 4 percent every month … If you do not change that, surely you will continue deepening their weakness“he added.

To close, he lashed out: “Let’s hope it changes and this is a wake-up call. That is what the midterm elections are for, to show a government if it is good or has to change. People want to change. Not only are measures taken that do not improve, but they make problems worse. “

In favor of the change of Vidal from Province to City

María Eugenia Vidal, former governor of the Province of Buenos Aires and candidate for deputy.

Regarding the controversy generated from the fact that María Eugenia Vidal proposed herself as a candidate for national deputy of JxC in the City of Buenos Aires, after four years as governor in the Province, during Mauricio Macri’s mandate, Larreta did not hesitate to express her support for his partner in political space.

“I have no doubts that the best candidate in the City is Vidal, because he knows the City like no one else. It was he who began the integration plan in the villages and who was at the beginning of the Metropolitan Police that today led to the City Police, “he stressed.

Furthermore, he added: “Has experience and goes to the front, he fought with the mafias in the Province. In his government they imprisoned Pata Medina, they did not release him as now. She is a very valuable leader. “