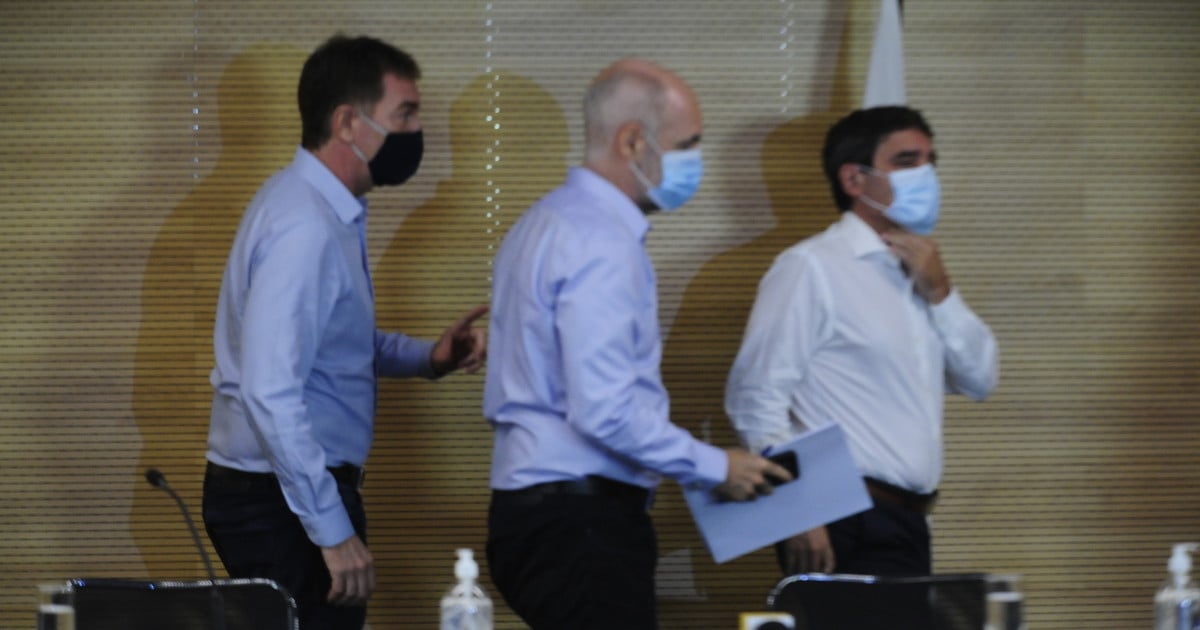 Satisfied for the moment by the resolution of the conflict by the face-to-face classes, Horacio Rodríguez Larreta met with his officials to unify the discourse with the axis in the slogan of the decisions “based on evidence” as against the national government. In a virtual meeting of the expanded cabinet, the head of the Buenos Aires government asked contain “triumphalism” and not respond to “provocations.” In his opinion, the differentiation had already been made and with the results in his favor.

The dispute with Alberto Fernández and Axel Kicillof over the closure of schools due to the new peak of coronavirus infections appeased the inmates in Together for Change. For a few days they were put on hold discussions about positioning in front of the Government and also the response to the Frente de Todos regarding the postponement of the PASO and the general elections for a month. In the previous one, the members of the national table of the opposition coalition had not managed to unify a position.

“Let no one get hooked on provocations. Let us not answer the grievances, it is a moment of temper and we do not have to fall into false triumphalism. The definition of the Court is still missing, ”Rodríguez Larreta said to ministers, secretaries and other officials at the virtual meeting.

The mayor sought to convey “conviction” for decisions based on data on infections in schools – “in contrast to the improvisation of the Government “, later translated a high official – and passed the floor to Fernán Quirós and Soledad Acuña so that they could give details and thus reinforce the arguments of the rest for public discussion. Diego Santilli and Felipe Miguel also spoke.

Rodríguez Larreta’s appeal to moderation, with soccer metaphors (at one point he referred to José Luis Chilavert’s “we have not won anything”), was aimed at contain the euphoria of some leaders. A survey that reached the headquarters of Uspallata helped to raise the spirits: 73% of those consulted supported the position of the City in the conflict over face-to-face classes.

“There is concern about the evolution of the pandemic, but at this time there are no conditions to close. It does not mean that there will be a few days, but you have to use that decision well, like a silver bullet “, confided a member of the small table of the Buenos Aires head of government, in expectation of the decision of the Highest Court:” If common sense prevails, it should come out in favor, but you have to wait ”.

The saga put internal debate paused with the most intransigent sector of the PRO, led by Mauricio Macri and Patricia Bullrich. The former president once again supported Rodríguez Larreta on social networks. Even so there was some nuance from that side: “I could have said that the schools are still open without a failure.” The mayor’s position will be to abide by court decisions.

The fight with Alberto Fernández in turn raised questions about the response of Juntos por el Cambio due to the postponement of the primaries. “They promised not to eliminate the PASO, but this re-exhibited them as people who cannot be trusted“Hard and moderate agreed. Until the decree with the new restrictions, the majority were on the way to agreeing to delay them for a month, although there was no agreement. Time is running out for the ruling party: May 10 appears as a deadline to reform the law, to comply with the electoral schedule. “They say that with the allies they have the numbers, so let them move”Challenged the deputies of the opposition coalition.

The largest car recharging network is deployed in 30 Spanish towns