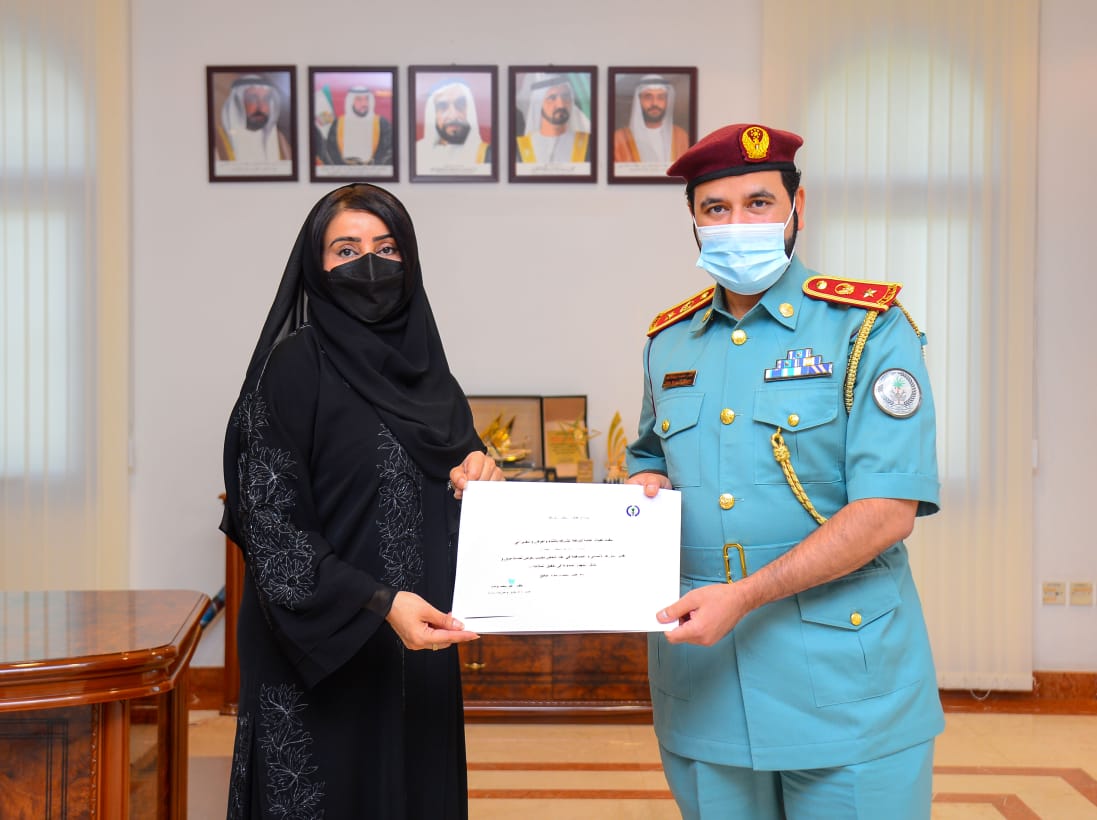 The Acting Director of the Traffic and Patrols Department in Sharjah Police, Lt. Col. Omar Bughanim, honored Maryam Al Hammadi, for providing first aid to a person injured in a traffic accident, based on her testimony and medical experience, which contributed to limiting the aggravation of injuries to the injured, until police patrols and national ambulances arrived at the scene of the accident in Sharjah City.
Boughanem stressed that what Maryam Al Hammadi did is a noble humanitarian act that deserves thanks and appreciation, as she took the initiative to provide the necessary first aid to the injured with all courage and sincerity, and to maintain his safety until the arrival of the national ambulance.
He said that the Sharjah Police is keen to honor the collaborators, in appreciation of their sincere efforts in community service, as their behavior reflects a lofty creative approach that is a role model, and an incentive for those who contribute to supporting the security system, which is an awareness of the public of the common role in maintaining the security of society.