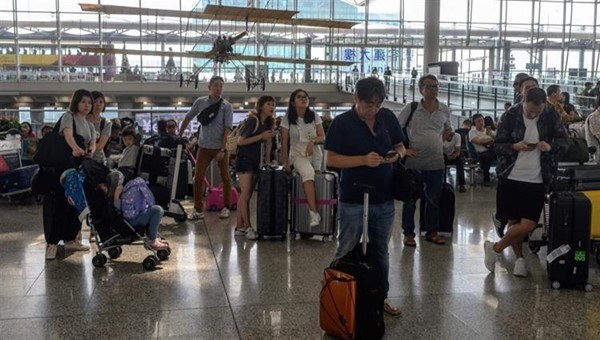 In a statement, authorities said that Hong Kong will suspend flights from India, Pakistan and the Philippines from April 20 for a period of two weeks after the mutant COVID-19 strain was discovered in the Asian financial center for the first time.
The government said that the three countries will be classified as “very high risk” after several imported infections carrying this strain were recorded in Hong Kong during the past fourteen days.
Hong Kong recorded 30 new cases of coronavirus on Sunday, of which 29 were imported, in the highest daily toll since March 15, and Hong Kong in total recorded more than 11,600 cases and 209 deaths.
Hong Kong authorities have urged residents to be vaccinated against the Corona virus, at a time when only about nine percent of the city’s 7.5 million people have been vaccinated.
Last week, the government expanded the vaccination program in the city to include those between the ages of 16 and 29 for the first time, with the aim of increasing the low vaccination demand among the population.

In Colombia, rescuers removed 11 bodies from the rubble of a mine