Home sales chain two months of decreases, according to the INE 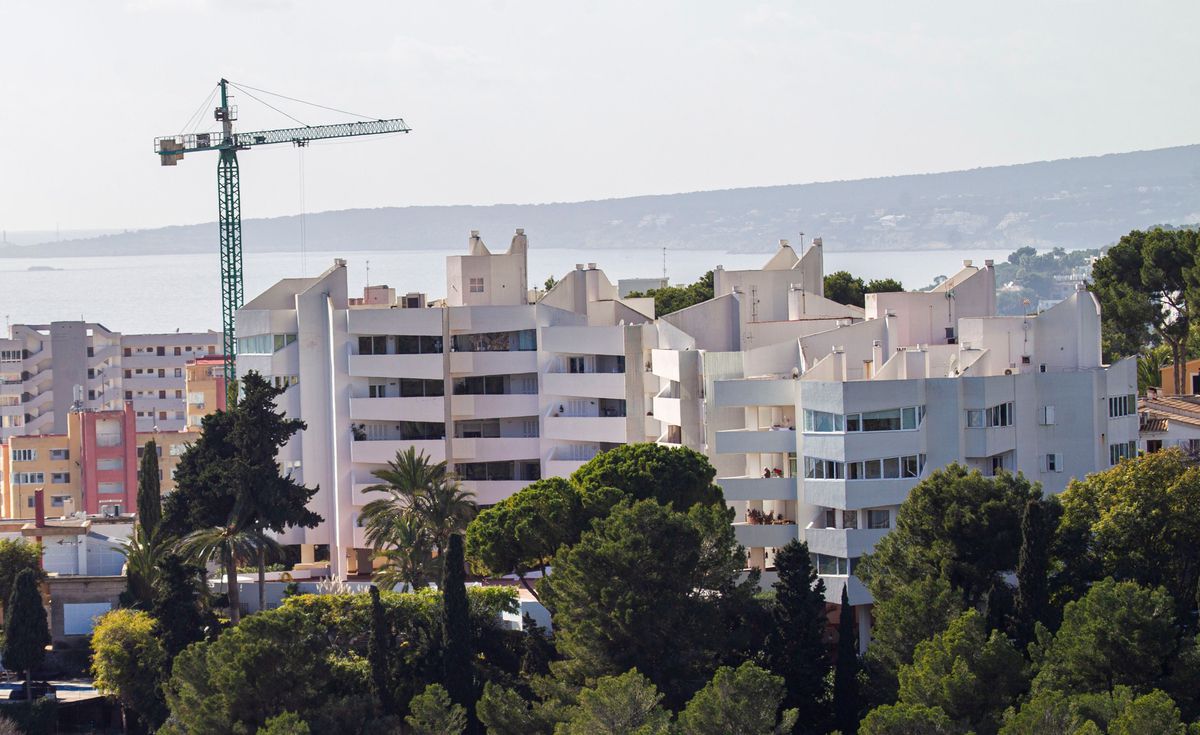 The housing sales market has not had a good start to the year. If in January the number of operations fell by more than 15%, in February the decline reached 4.3% compared to the same month of 2020, according to data published this Wednesday by the National Institute of Statistics (INE). In absolute terms, in the second month of the year, 43,185 purchases and sales were recorded in the property registers, which are the source from which official data is drawn.

This fact makes that sometimes the trend of a given month differs from the notarial statistics, which in general is considered more immediate because it collects all the signatures of the period (then that reaches the records, but usually weeks apart). The notaries’ data for February pointed precisely to a market recovery which, in the case of the INE, simply remains in an attenuation of the year-on-year decline and the fact that more operations were recorded in February than in January (something that it is usually the other way around). We will have to wait for the next few months to see if the positive percentages recover, which is more than likely because in March, April and May the data will be compared with those of the great bump that caused the first state of alarm in the sector due to the coronavirus.

Back in February 2021, the INE again points to second-hand housing as the segment of the market that experiences the greatest difficulties. Compared to 12 months earlier, the sale of used houses fell by 8.1%. It is an important piece of information because it must be taken into account that this type of property is the one that widely dominates the sector with more than three out of four registered operations, 33,055 exactly. On the opposite side, new housing registered a good figure again, with year-on-year growth of 11.1% and just over 10,000 operations. The rise of brand new flats is related, according to market experts, to the greater interest of buyers for well-conditioned properties, and if possible with outdoor spaces, as a result of the pandemic. It must also be taken into account that this segment operates based on a large number of pre-sales, so many operations completed now respond to agreements signed years before, although the operation is formalized once the work is completed.

From the point of view of the housing protection regime, the data released this Wednesday point to a slight decline in the sale of protected homes (-0.3%). Those of the free market, which are the vast majority as a result of the scarce promotion of VPO in recent years, fell 4.6% in interannual terms, remaining in absolute terms in just over 39,000 operations.

By autonomous communities, seven managed to end February with a greater number of sales than 12 months before. But the growth percentages differ greatly between the meager 0.2% in Cantabria and the 13.7% in La Rioja. In between are Asturias, the Basque Country, Extremadura, Castilla-La Mancha and Navarra. Already negative, but with falls below the national average, were Murcia, Galicia, Andalusia and Castilla y León. In all the others, the fall was higher than 4.3% on average, with one more month of the Balearic Islands (-15.9%) and the Canary Islands (-16.2%) standing out negatively. The island communities are the ones that are taking the biggest blow from the crisis as a result of the restrictions on tourism due to the pandemic and their real estate markets, highly dependent on foreign buyers, are also suffering.

Regarding the set of property transfers, the INE highlights that the drop in general sales (that is, adding other types of urban and rustic properties to dwellings) was 2.5%, for a total of 89,395 operations. Urban estates (garages, storage rooms, commercial premises and others, in addition to homes) are declining, while more sales were registered in rustic properties than in the same month of 2020. Regarding other transmission possibilities, the official statistics reflect a significant increase in inheritances (40,589 properties, 13.6% more) and donations also rose 5.6%. Together with sales, swaps fell (-8.1%) and, above all, transfers grouped in the Others category. This category amalgamates from partitions to daciones in payment or foreclosures and is, after sales, the second most numerous. In February it represented 41,887 operations, 31.9% less.

Parliament Constitutional Committee does not complete opinion on EU recovery package, debate to continue next week