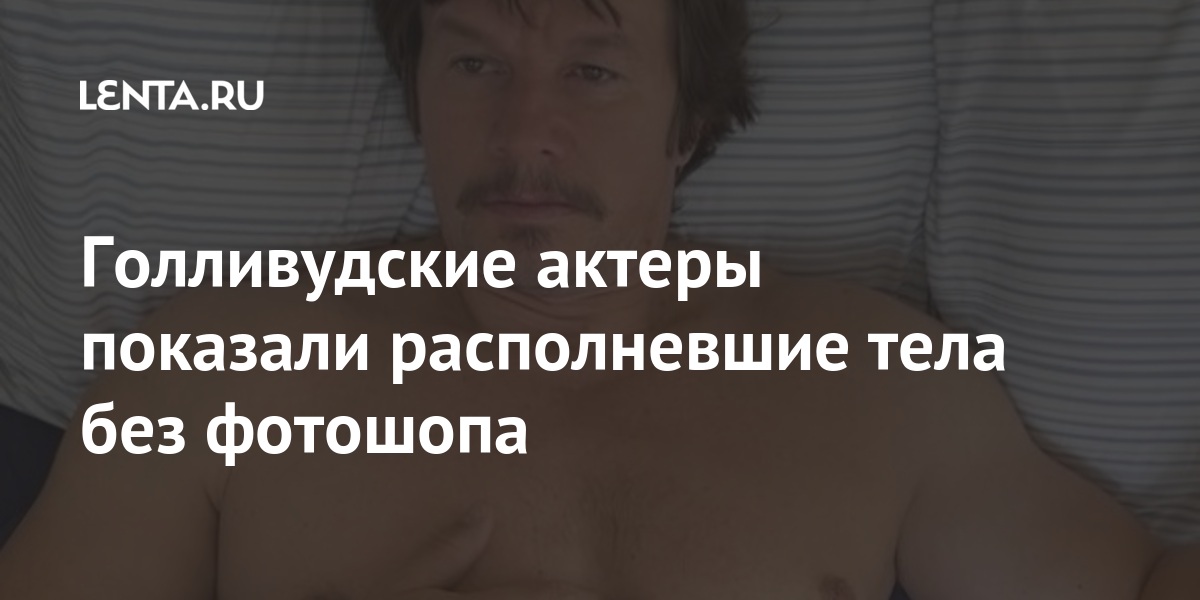 Hollywood actors Will Smith and Mark Wahlberg have posted photos of their changed bodies. “I’ll be honest with you, I’m in the worst shape in my life,” Smith wrote in Instagram, attaching his picture in shorts, sweatshirt and slippers on the bank of the pond.

However, the subscribers supported the 52-year-old actor, noting that despite the flabby stomach, he still looks fit.

Following Smith, Wahlberg posted a photo of the figure without Photoshop. He joked that three weeks ago he looked like an athlete, but thanks to the efforts of a familiar chef, not a trace remained of the sports uniform.

“You look happier with a belly,” one of Wahlberg’s subscribers noted in the comments. At the same time, some fans of the artist did not believe that the Hollywood actor gained weight just like that. “I can’t wait to see what role this is for,” said one commentator.

Deputy head of EMERCOM of Russia dismissed from office