Hoekstra (CDA) about the VVD-D66 piece: ‘There are things in it that appeal to me and things that don’t appeal to me’ | Politics 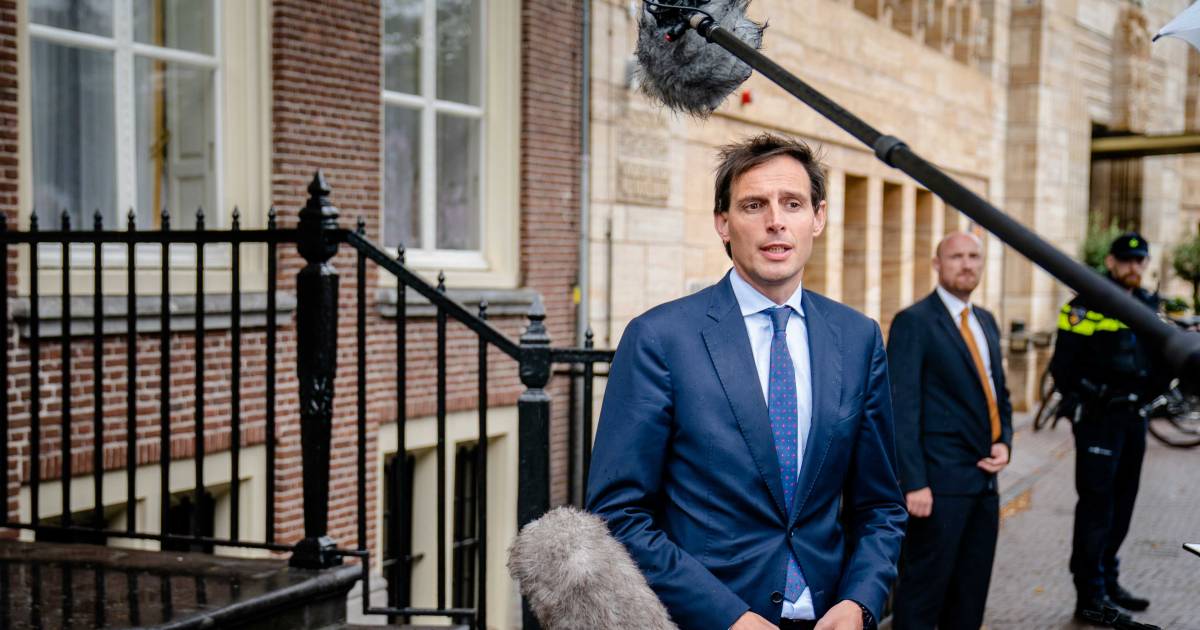 videoCDA leader Wopke Hoekstra is reluctant about the ‘starting document’ for the formation that VVD and D66 have written in recent weeks. “There are certainly things in it that appeal to me, there are also things that do not appeal to me,” he says after a conversation with informateur Mariëtte Hamer, VVD leader Mark Rutte and D66 party leader Rob Jetten.

Hoekstra does not want to say after the conversation whether he is now prepared to join a cabinet with VVD and D66. He does say; “I have always said that we are constructive about it. Everyone is asked to be reasonable in a formation that has lasted for a long time.” Hoekstra also does not want to say much about the piece by VVD and D66 – which is still not public. “This document is a document drawn up between these two parties. That is fundamentally different from a test for a coalition agreement. There are certainly things in it that appeal to me, there are also things that do not appeal to me. That is also inevitable if these two parties are writing a piece.”

Hoekstra spent about two hours this afternoon in conversation with informateur Hamer, Rutte and Jetten in the Johan de Witthuis in The Hague. D66 leader Sigrid Kaag was not there, because as a outgoing Minister of Foreign Affairs she debated Afghanistan with the House of Representatives. On Monday, Kaag called the piece ‘an impetus for a set-up for a coalition agreement’. According to Hoekstra, it is now up to VVD and D66 to say how they want to proceed in the process.

Hoekstra took former CDA party leader Pieter Heerma, who was also Sybrand Buma’s second in the cabinet formation four years ago. Lilianne Ploumen (PvdA) and Jesse Klaver (GroenLinks) are currently in talks with informateur Hamer and VVD and D66. To emphasize that the two left-wing parties really do not want to rule without each other, they appeared as a duo at the Johan de Witthuis. At 5.45 pm Gert-Jan Segers of the ChristenUnie will be a guest. He comes alone.

Segers was surprised on Monday morning by Kaag’s statements on this site. ‘Good morning too!’, the ChristenUnie leader tweeted after Kaag said that she does not want to be in a cabinet with the ChristenUnie again. ,,The helm has to change”, said Kaag. “It really has to be different. You do that with a different composition of the cabinet, with different choices and priorities.” Nevertheless, the D66 leader did not close the door completely, stating that cooperation with the ChristenUnie is not an issue ‘in this phase’. So maybe at a later stage.

VVD and CDA already hinted last week that their position has not changed: they do not want PvdA and GroenLinks in one cabinet, as Kaag would like. At the same time, the left-wing parties do not let go of each other and the ChristenUnie reacts reluctantly to a restart of the current cabinet, which VVD and CDA are interested in.