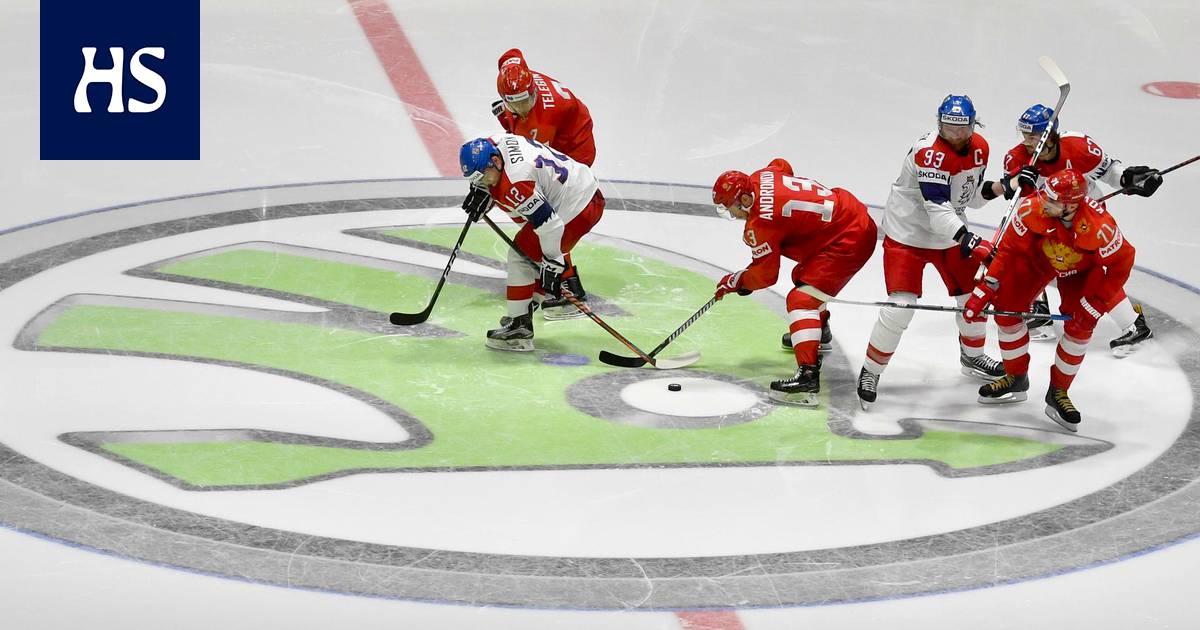 Car manufacturer Last weekend, Škoda made an announcement that is rare and exceptional in the world of sports. Škoda said it would retire as the main sponsor of the World Hockey Tournament if the championships are played in Belarus.

Although the sponsor rarely makes similar announcements, Škoda’s announcement was probably not decisive for the transfer of the Games. The pressure to change the host had already increased before the decision.

Vice-President of the International Hockey Federation IIHF Kalervo Kummola has said that he knew Škoda’s position in advance. According to Kummola, the announcement of Škoda’s position before the IIHF’s decision went to the peak of the union’s procrastination. A majority in the IIHF board was in favor of postponing the Games a week ago, he said, but Škoda was faster.

“This kind of statement will increase.”

HS: n the experts interviewed point out that human rights issues in today’s world have to be addressed in different sectors of life. Sports cannot be an exception, nor can a partner be expected to be just a passive side follower.

“When we talk about sponsorship, we talk about the value base that is revealed. This kind of statement will increase, ”says the president of the Sponsorship and Events Association Risto Oksanen.

Even if the decision-making was not dependent on Škoda, the IIHF was able to see up close over the weekend what a positive avalanche of feedback the carmaker received with its unequivocal statement.

IIHF has become trained by Škoda. At the World Cup level, this is the longest-running sponsorship deal. There is a lot of pressure when such a long-term sponsor threatens to leave, ”says the historian Markku Jokisipilä.

Jokisipilä estimates that the beginning of the increase in the power of sponsors coincides with the end of the Cold War. At that point, the ideological struggle of sport between communism and capitalism began to recede. It was replaced by business values, and sports became part of the entertainment industry.

It is not entirely unique for the sponsor to interfere in the affairs of the federation in recent decades. Oksanen recalls that McDonald’s and Coca-Cola, for example, sponsored Fifa require in the fall of 2015 President of the International Football Association Sepp Blatterin resignation due to a corruption scandal.

“They then took a stand directly on Fifa’s internal management,” Oksanen says.

“I see that sponsors have increasing power, and I would like sports organizations to listen to both them and the people who follow the sport.”

The Secretary General of the Finnish Center for Ethics in Sport (Suek) agrees with the growing importance of sponsors Teemu Japisson. He points out that there is already power, but there is also a difference in sponsors: Škoda, which operates in the western market, wants to profile itself in different ways than the Russian state-owned oil company.

Japisson estimates that the Europe-centric IIHF and the Western market-focused Škoda will find their value quite easy to confront. The situation may change if the sports federation is more global and the world of values ​​more diverse. In that case, the selection of the host of the race and the organization of the administration may not follow Western values.

He also recalls that hostessing is not always of interest to countries that would be good options for human rights.

“The next Winter Olympics are in Beijing, China, which is not a model country for human rights. Norway invests a lot in sports and is good, but did not want to hold winter competitions, even if the venues were ready. There is a slight contradiction that is required, but when competitions should be held, not be prepared. ”

“When it comes to European issues, political pressure also matters.”

Japisson believes that the World Hockey Championships would have been moved out of Minsk even without Škoda’s announcement in one way or another.

Markku Jokisipilä says that the government’s line towards Belarus has been clear, even though Finland’s foreign policy is often cautious and reflective.

“If the sport federation of a large team sport had been leaving in spite of everything, it could have started to be intervened from outside the federation. From the Ministry of Education and Culture and perhaps through the biggest sponsors, if they had been involved through the national team, ”says Jokisipilä.

What about the ethical expectations of the sports world as a whole? Although at the World Cup in Belarus, the wallpaper had the sponsor’s demands for the federation, expectations are elsewhere.

Jokisipilä reminds that sports organizations themselves talk about taking responsibility, and when choosing partners, we want the world of values ​​to be basically the same. This may be part of the reason for the low collision rates.

Risto Oksanen sees the matter in such a way that companies now even have to earn their place as partners.

“Being a sponsor is not enough for the logo to be visible. The audience following sports demands that they can bring something else to the sports experience, ”says Oksanen.

“Athletes are, to some extent, surrogate sufferers.”

Mixed Suek Japisson and Amnesty Johansson say that the pressure to realize ethical values ​​belongs above all to sports federations.

Both say they appreciate the fact that individual athletes stand up to defend human rights. The athlete still thinks they should have peace of mind at work.

“It may even be unreasonable to be asked to boycott or speak out against an opportunity that has been prepared for up to a decade. An employer or union should never place an athlete in such a situation. Athletes are, to some extent, surrogate victims. No other employees are asked to comment on where we do our work, ”says Johansson.

“As such, it is a pity that the pressure is also on individual athletes. I find it unreasonable. It should be able to organize the sports system in such a way that the Games are not taken to places where human rights are violated. Some athletes have taken a great position, but athletes don’t have the power in the structures, ”says Japisson.

The World Championships were taken from Belarus

At its meeting on Monday, the International Hockey Federation IIHF decided that no men’s World Championships will be held in Belarus in the spring of 2021. A replacement host will be announced later.

The holding of the Games in Belarus had time to be criticized as early as last year for human rights violations in the country.

AstraZeneca: Corona vaccine is effective for people over the age of 65

Hundreds of National Guardsmen guarding Capitol are infected with COVID-19