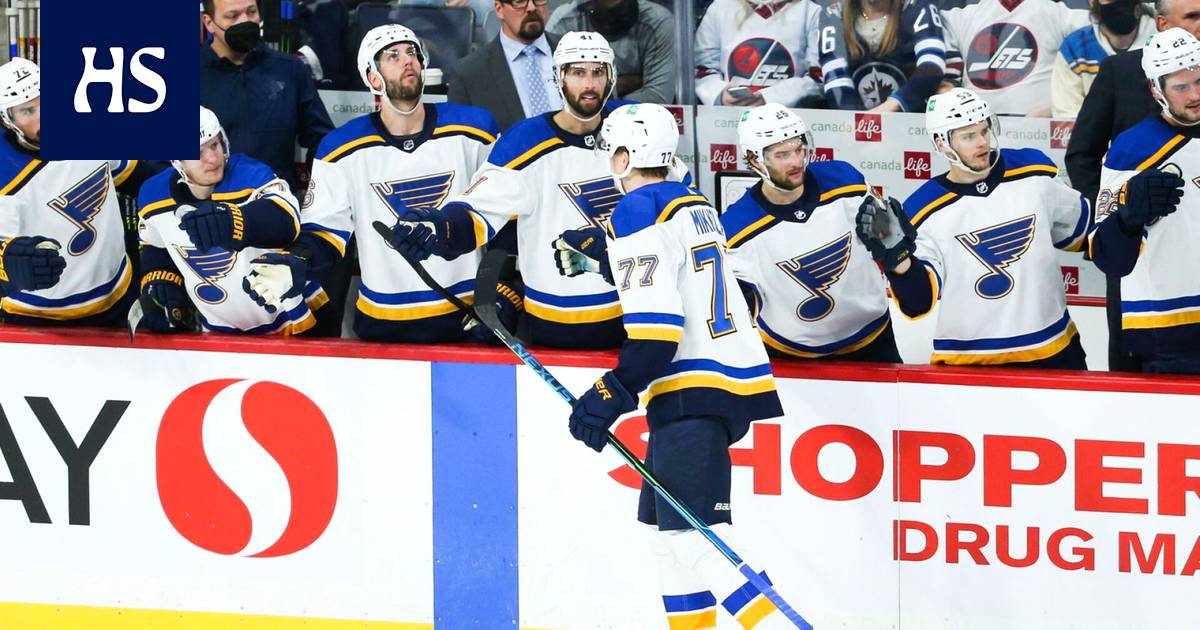 There are no plans to suspend the NHL season.

Corona the list of canceled NHL matches has already grown. The Detroit Red Wing became the sixth team on Sunday to go on an early Christmas break due to the coronavirus situation, says NHL.com site.

On Saturday, the league announced that the Boston Bruins and Nashville Predators are due to return to the fields until December 27 local time due to the corona. Earlier last week, the Calgary Flames, Colorado Avalanche and Florida Panthers were already sidelined from the NHL. Teams are scheduled to return to the game troughs after Christmas.

In addition, the league announced on Sunday that all matches requiring the crossing of the U.S.-Canada border have been canceled until the Christmas break. However, there are no plans to interrupt the season.

“While positive corona test scores among players, coaches and other employees have increased, only a small proportion of positive cases have resulted in worrying symptoms or serious illness,” the NHL bulletin explained.

The NHL corona situation has escalated rapidly this week, and at the same time dark clouds have risen above the Olympic participation of NHL players.

The Beijing Olympic men’s hockey tournament is scheduled to begin on February 9th.

St. Louis Niko Mikkola hit their second goal of the season against Winnipeg Jets in a match that started on Sunday night in Finnish time. The goal, scored by the 25-year-old defender in the third round, lifted St. Louis ’goal from Winnipeg, who waved the net three times. However, Mikkola’s goal was a meager consolation for St. Louis, as Winnipeg took the win 4-2 at home.

A Finnish striker from Winnipeg was also seen on the ice Kristian Heinola, which was left without power points. The most powerful players on the team were Paul Stastny, who scored two goals and baited one, as well Nikolaj Ehlers, which in turn collected powers 1 + 3.

The win was the first for Winnipeg after coaching the team since 2014 Paul Maurice resigned on Friday. The team will be piloted by an assistant coach hired last year for the rest of the season Dave Lowry.

See also  War of Ukraine Zelenskyi described Butsha's massacre at the UN Security Council: "There is no crime the Russians would not commit"

New Jersey In Newark, the home team Devils crashed in the handling of the Pittsburgh Penguins they hosted. The away team scored their first goal already in the opening round and the lead grew as the second round was only played one minute later.

Just over a minute later, the Finnish striker from New Jersey Janne Kuokkanen however, managed to open his team’s goal account. For Kuokkanen, the goal was the fourth of the season.

In the third installment, however, the guests escaped again, and no Nathan Bastianin even a narrowing paint was enough to save the situation. The home team scored 3–2.

Pittsburgh took his seventh victory in a row. For New Jersey, the loss was the sixth in a row.

Penguins Finnish striker Kasperi Kapanen was on the ice for about 16 and a half minutes, but he didn’t come off power points in the match.

Elsewhere The Vegas Golden Knights defeated the home team in a long-running match against the New York Islanders. The away team scored 4–3.

See also  "Magician" Ronaldinho: When we talk bad about Messi, Ronaldo and Neymar, who do we talk about well?

For the Las Vegas club, the victory was already the fifth in a row. The team will have 20 wins this season from a total of 31 matches played.

Washington Capitals, meanwhile, lost in their home trough to the Los Angeles Kings. The California club won the match 3-2. The Kings shirt also saw Finnish players on the ice Rasmus Kupari and Olli Määttä, but the duo missed power points.