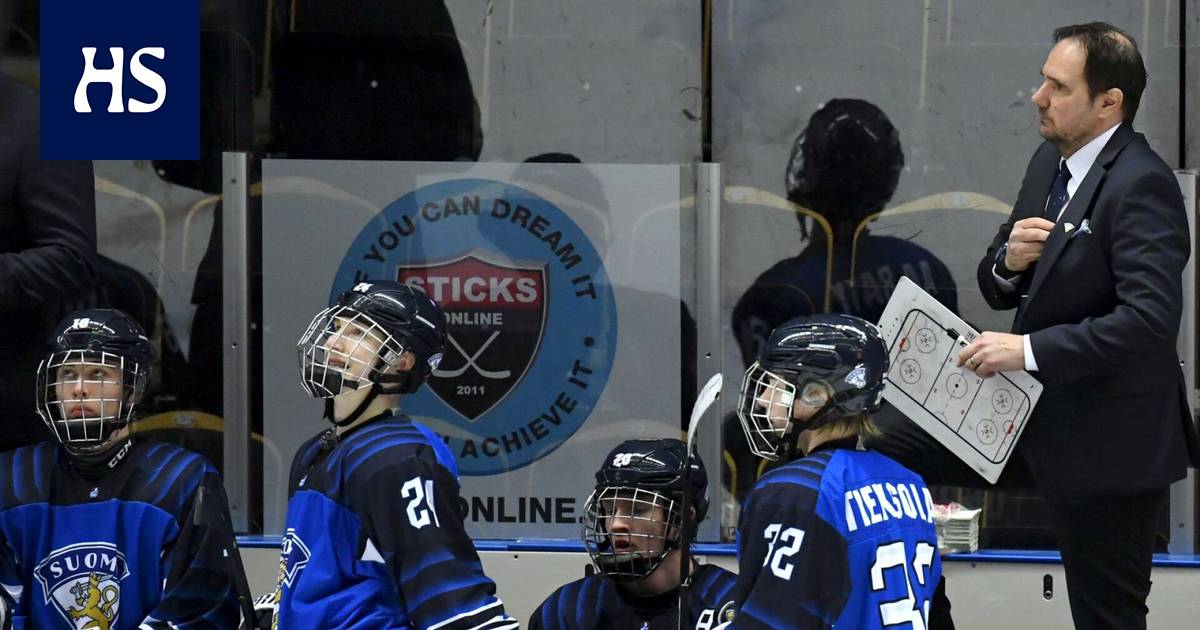 The national hockey team under the age of 18 is facing a final acceleration towards the World Cup.

Hockey coach Mika Marttila will be the head coach for the fifth World Championships under the age of 18, but the project has been the most special of his career. He took on the 2004 age group to be coached in 2019, so almost all of the boys ’national team sky has been colored by a corona pandemic.

“With the previous age groups, the pace has been very close since the Pohjola camp, but with this age group, last season was basically completely over. Zero international matches, ”Marttila said at a remote media conference on Wednesday.

This season, the autumn half went normally and culminated in the championship of the European Youth Olympic Festival in Kajaani. Then Korona intervened in the game again.

“Two important tournaments went unnoticed, but I’ve seen a good number of boys everyday. The kits have rotated moderately in the normal way. It has helped us too. ”

In Germany the team traveling to the World Cup to be played is ready, according to the head coach, although the preparation period in the long picture has been special. The first World Cup was held in Heinola and the second is ahead in Germany, where the team will travel on Thursday.

“I am pleased that we got almost all the players to Vierumäki. 17 out of 22 field players and all three goalkeepers were involved. We will have quality training days in Germany and will play training matches against the Czech Republic on Monday and against the United States on Tuesday. As such, our group has never met, so we get important capital for the Games. ”

Russian the attack on Ukraine thinned the World Cup program and Belarus was also excluded from international hockey, leaving only eight countries to play in the World Cup. Each team will advance to the semi-finals.

“The format is a bit new, but of course more than ten years ago we went with the eight-country system. That was the case with the 1991 age group, ”Marttila recalled the World Championships that ended in bronze in 2009, where Toni Rajala waved the pacifier.

From 23 April, Finland will face Switzerland, Latvia and Sweden in the first series. Canada, Germany, the Czech Republic and the United States play in the second block.

Joakim Kemellin and Finland, starred by its partners, must be awake from the beginning.

“Of course, overtime games are not allowed. The ranking of the first block has an effect on who the second block comes against in the quarterfinals,” Marttila reminded.

The head coach also highlighted how the team has invested in independent training in the corona’s thinned match calendar for a couple of years.

“We sold it to players through physical training. It has been possible to do more than usual. The players took a booth from it. ”

See also  HS-Gallup | The majority of Finns support the perimeter limit for cycling and electric kickboarding: “One of the reasons may be the insecurity experienced by pedestrians”

What we know about Frank James, the New York shooting suspect