Hitler, Draghi and the cartoon of the scandal 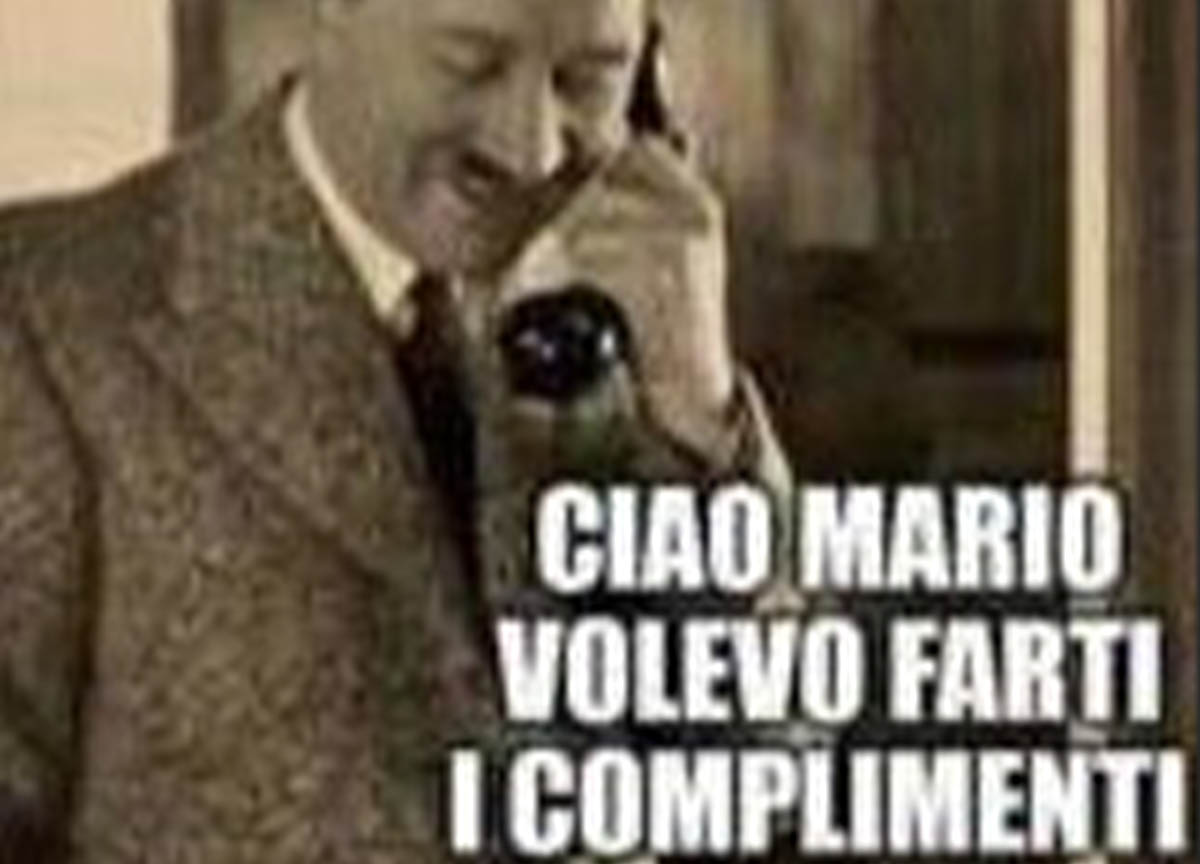 Hitler telephones Draghi in a cartoon: earthquake on a cartoonist-councilor of the League

For Nicola Fratoianni (Italian Left) calling for further punishments for the cartoonist, Angela Maria Sartini (City councilor of Orvieto, already with delegations withdrawn and suspended by the party, La League), which would have gone … beyond all limits. Thoughts, words, deeds. In all three areas, you can go beyond all limits. If Sartini has gone beyond all limits, in the first two areas (but I don’t know how many who are not hyper politicized would say the same thing. For example, I don’t say it), I will show that our prestigious M’Illumino d’incenso even went further in the third.

Let’s be serious, dear Hon. Fratoianni: let’s stop for a while to think calmly. According to her, Mrs. Angela Maria Sartini, author from the cartoon, born after the last dpcm (otherwise why compose it right now?) having gone, in his words, beyond all limits, must be further punished, not enough, always according to his words, the immediate expulsion from the council and the suspension ( expelled?) from his party. I’d like to know what else should be inflicted on her. Do you have an idea adequate to guilt? Years of “re-education”? Humor courses, I imagine always and only on the “enemy”, never on one’s “Boss”, with final exams? Or more effective punishments to make people understand the hint, such as hard labor, fasting, torture, batons, straightening surgeries on the malfunctioning brain?

See also  Genoa, vandalism of the swimming pool and gym of the Andrea Doria

I think it is useful to underline that I have no personal or ideological reasons for the all-out defense of Mrs. Angela Maria. I do not know her, I saw her face as a frightened squirrel, a little while ago of her for the first time, superimposed or lateral to the cartoon beyond all limits. Besides, I’ve never sympathized with the League. On the contrary! Collaborators and I risked blows and lawsuits for an interview with Celodurista made by the professional journalist Mimì Mazzetti who, at the TEF studios, reading an improvised pamphlet of mine edited by the non-existent University Study Center of the Centrione, gave him hilarious information about the newborn girl’s army Republic of Etruriaready to defend its borders (with pitchforks, hoes, spades, rakes etc …) from the expansionist claims of North league (Bossi had come to inaugurate the headquarters of the Northern League in Collestrada).

Having clarified these two points, a consideration for all those who, scandalized by the cartoon, are massacring the author. Like yesterday Business Italians reported “the excess of incense for Mr M’illumino of incense, clouded his sight. Perhaps this is the only way to explain the oversight in the last dpcm that prohibits an unvaccinated (and okay, war .. . wants the dead!) but also to a multi-vaccinated person who does not comply with the green paz, to eat a sandwich, sitting alone, on the ice of the outside of a pizzeria or restaurant, as narrated by a colleague, luckily in good standing with the super green paz, half frozen to eat with his wife and two children (4 and 6 years old), in the snow of Mount Subasio, the restaurant being packed inside, with hungry masked people (those standing). “

To all those scandalized by the cartoon, I ask: do you know how many, although vaccinated, are not in compliance with the super green paz, not through their fault, but due to obvious and predictable operational and bureaucratic difficulties? And how will things turn out now that Bassetti has said that a … fourth dose is possible? It is said that they are studying ways to decrease the pandemic pandemonium generated by the excess of dpcm. Apart from the fact that, before issuing new dpcm, the applicability of the rules should be seriously studied, many of which have been enacted to make life more and more difficult for the unvaccinated, according to the wishes of Cicciolino Sileri, it seems to you a small indispensable exaggeration, to request the super green paz, also to be able to eat a bite, sitting alone, on the ice outside a restaurant?