History – Where does South Sudan come from, the youngest country in the world? 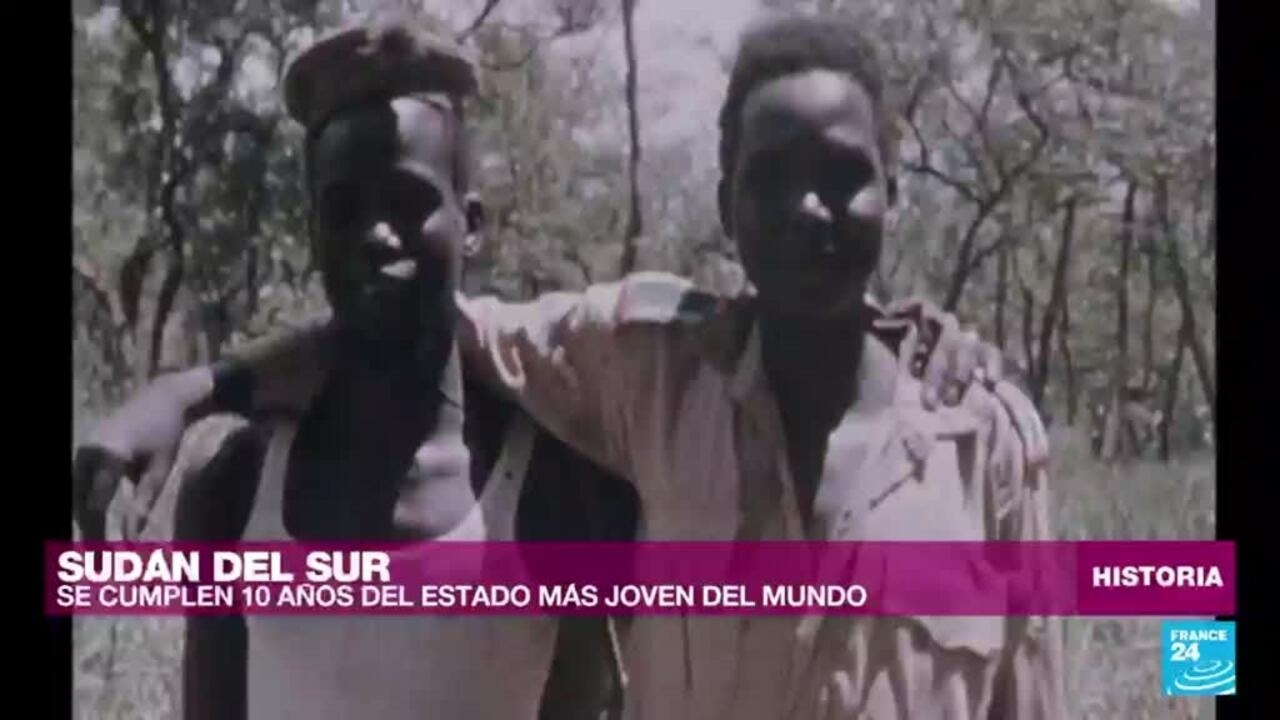 South Sudan, a country in northeastern Africa, celebrates 10 years of independence after separating from its northern neighbor, Sudan, on July 9, 2011. Self-determination achieved after a historic referendum made it the youngest sovereign state But it also precipitated its political division, exhibited its deep ethnic rivalry, and condemned it to a painful civil war.

Ten years of war and famine: that is the brief history of South Sudan as an independent country. In July 2013, the power struggle between President Salva Kiir and Vice President Riek Machar sparked a conflict between the Dinka and Nuer ethnic groups. Interethnic differences burned in December of that year with a war that lasted until 2018.

The conflict between the armed forces loyal to President Kiir and the rebel troops protecting former Vice President Machar spread throughout the country, leaving tens of thousands dead, more than two million displaced and widespread famine.

The civil war that this country went through in just 10 years of independence could be settled with a peace agreement promoted by the UN, but which to date international observers describe as “very fragile”.

A fragility that, in fact, led to the inclusion of South Sudan in the Index of Failed States, surpassing Somalia, by the US think tank Fund for Peace.

The territory of South Sudan was colonized during the 15th and 19th centuries by the migrations of Nilotic peoples, that is, inhabitants of the central and upper valley of the Nile River. Tall and tall black settlers, with predominantly African cultures, and beliefs animists and christians. A town made up of several tribes, but different from its northern neighbors in the 19th century. We are talking about the Arabs of Muslim faith who occupied the territory of Egypt, a state at that time a vassal of the Ottoman Empire.

From the mid-1800s, the Ottoman Empire began to waver in its sovereignty and allowed the British Empire to penetrate the territories of Egypt.

The English found that the Egyptians had invaded the lands south of the Nile River in 1820, in what now corresponds to the territories of Sudan and South Sudan.

The colonizing advance of the British was readily accepted by the inhabitants of present-day Sudan, while the southerners of the territory imposed considerable resistance. Faced with the dichotomy found, the English preferred to dedicate their efforts to develop and modernize the lands of the north, while in the south they barely tried to maintain order, in a region already affected by the abduction of settlers enslaved by the Egyptians.

The territory to the south of Egypt was known from the end of the 19th century as the Anglo-Egyptian Sudan, bathed by the Nile River, controlled by the British, but formally assigned to the Egyptians.

Despite the unity of the territory, it was divided into two administrations. In the north the Arabic language prevailed, and in the south English was implemented.

With the independence of Egypt between 1922 and 1923, the territory of the Sudan began to oscillate between various interests. On the one hand the Egyptians wanted to include it in their demarcation. The British, before handing it over to Egypt, thought of adhering the southern part to the Ugandan protectorate. And the Sudanese themselves, in turn, sought to segregate as one country. After World War II, and the decline of European colonialism in Africa, Egyptians and British agreed to give Sudan independence, and form it as a Republic in 1956, with Khartoum as the capital.

This first war lasted 17 years and ended in 1972, after negotiating in Addis Ababa, the capital of Ethiopia, the creation of a new autonomous government in southern Sudan. The peace achieved lasted barely a decade, until the Sudanese President Yaafar al-Numeiry, of Arab roots and Muslim faith, wanted to apply sharia throughout the country; which led the country to a second Sudanese civil war. This conflict between the central government of Sudan and the Sudan People’s Liberation Army lasted until 2005, when a new peace agreement was reached.

In this agreement, the figure of an autonomous government of South Sudan was revived, which would expire at 6 years when a secessionist referendum is called.

With 98.83%, the separatist referendum of 2011 made clear the will of the South Sudanese people to establish themselves as a new country. The Khartoum government accepted the decision and gave in to Juba’s self-determination. But since then, in South Sudan the scars of the most recent civil war have lingered, the country’s hospitals continue to be wounded by tribal conflict, and the hopes of young people are dampened by an inefficient education system and a weak job market.

In addition, the youngest country in the world, ten years after its independence, is experiencing a worrying situation of famine that affects more than 4 million inhabitants, and its peace achieved just 3 years ago, is considered so fragile by international organizations , which can be broken at any time.