History – What has been the role of the presidents of Iran since its founding as the Islamic Republic? 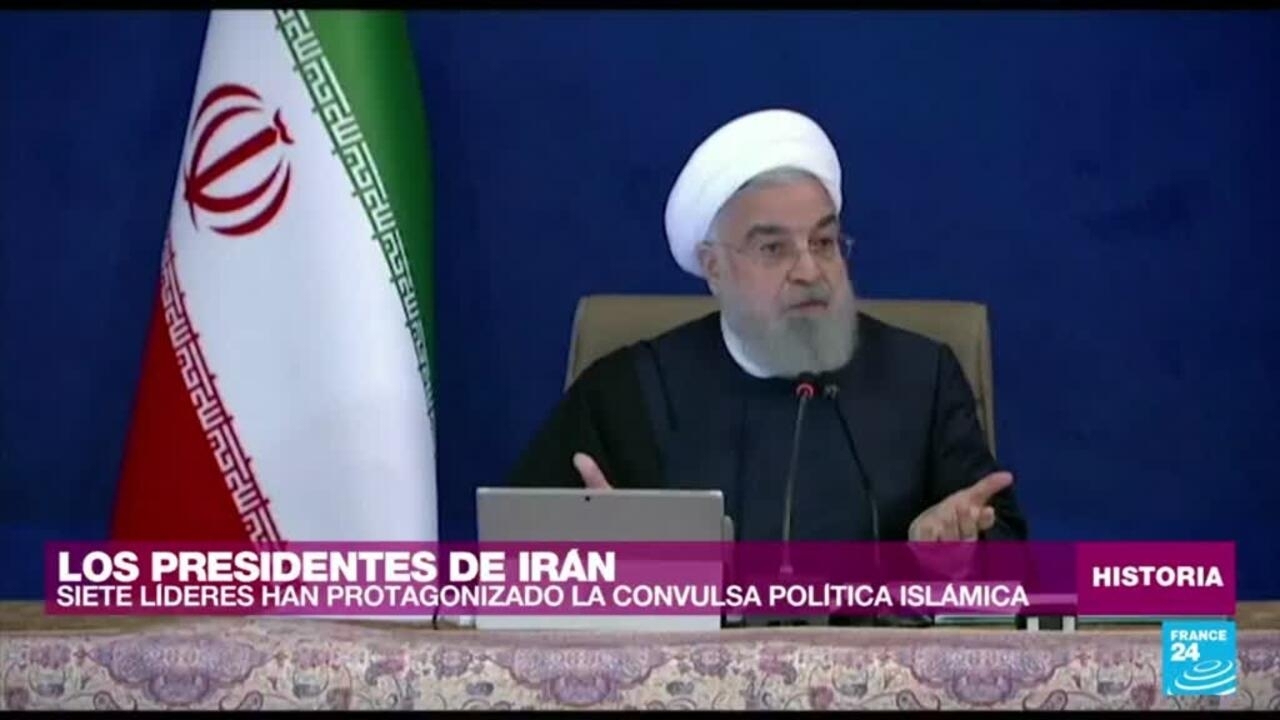 Regarding the presidential elections in Iran on June 18, which mark a political change in the influential Middle Eastern nation, we present a brief summary of the presidents who have led the Islamic Republic since its founding in 1979.

It should be remembered that Iran was founded as the Islamic Republic at the end of the Iranian revolution in early 1979, an outbreak of society against the monarchy of the late Shah Mohammad Reza Pahlavi. The Iranians, jaded by the violent repression of the monarch by means of his feared secret police Savak, as well as by corruption, his extravagance, his romance with the West and his indifference to the needs of the people, triggered a revolution that overthrew and forced him to go into exile in the United States.

While Shah Pahlavi escaped from Iran, Ayatollah Khomeini returned from exile in Paris and proclaimed himself leader of the revolution and supreme leader of Iran.

On December 2 and 3, 1979, the Constitution of the Islamic Republic of Iran was approved by referendum, which replaced the old Magna Carta of 1906.

This Constitution mixed theocratic and democratic elements. As an example, while Articles I and II grant sovereignty to God, Article VI expresses the need to call popular elections for President and Parliament. Currently, although there is a popular vote, a council must first approve the viability of presidential candidates.

The 1980s, with Iran’s war against Iraq, was a great presidential challenge

The first democratically elected president of Iran was Abolhasan Banisadr, Ayatollah Khomeini’s henchman. His four-year term began on February 4, 1980, but before the outbreak of the war against Iraq in September of that same year, he was severely criticized for his leadership of the Iranian troops. His so-called “weak performance” in the war was the Parliament’s argument to remove him from power on June 22, 1981. Banisadr alleged a coup and escaped to France.

Meanwhile, Ayatollah Khomeini was left in charge of the Iranian Armed Forces in the fight against the invasion of Iraq and a Provisional Presidential Council was declared.

The former prime minister, Mohammad Ali Rajai, was promptly elected as the second president of Iran in August 1981. However, he barely lasted 14 days in office, as he was assassinated by a terrorist attack by factions of the Mujahideen, militant groups of Islamic radicals that originated in Afghanistan since the 1970s.

The political instability that Iran suffered when it was just beginning its Republic phase was calmed with the arrival to power of Ali Khamenei to the Presidency on October 13, 1981. A former revolutionary activist and fervent ally of Ayatollah Khomeini, this cleric was twice president from Iran. From the beginning of the Republic he ardently defended the concept of a religious and fundamentalist government. He worked closely with the Revolutionary Guards in the grueling war against Iraq, which lasted eight long years.

As the health of Ayatollah Khomeini, Iran’s supreme leader, deteriorated in the late 1980s, the process of searching for his successor began.

With the modification of the Constitution in 1989, and the death of Ayatollah Khomeini on June 3, 1989, Ali Khamenei was appointed as the next supreme political-spiritual leader.

Rafsanjani, Khatami, and Ahmadinejad: Presidents Who Led Iran Down the Paths of Economic Revival, Democratic Reforms, and Enmity with Israel

The reform to the Constitution of 1989 eliminated the figure of the prime minister and expanded the powers of the president. By the 1990s, the fourth president of Iran was Akbar Hashemí Rafsanyaní. In his eight years in office, he privileged economic liberalization in domestic politics through the privatization of state-owned companies. In foreign policy, Rafsanyaní built diplomatic bridges with his neighboring countries, to the point that he was invited to Saudi Arabia, within the framework of the normalization of relations, after years of enmity.

But beginning the new millennium, the declaration of war against terrorism by the United States and the subsequent Western invasion of Iraq in 2003, destabilized the Middle East region again.

Iran and Saudi Arabia were at odds again, indirectly. With an ongoing war in Iraq, the state that territorially separates them, the Iranians supported Shiite factions, while the Saudis did the same with Sunni factions. Those were the years when Mohammad Khatami, the fifth Iranian president, was in command. He ruled from 1997 to 2005, and was considered the first reformist president of Iran, in his fight to democratize the laws. But it failed for the most part, as both the Council of Guardians and Ayatollah Khamenei prevented it.

From moderate and reformist presidents, the Iranians elected in 2005 a conservative president, but above all incendiary in international politics, Mahmoud Ahmadinejad.

Ahmadinejad ruled from 2005 to 2013, and was recognized around the world for his contempt for Israel. His denial of the Jewish Holocaust, his assertions against the existence of the Israeli state and his desire to obtain atomic energy by enriching uranium, earned Iran a siege of its neighbors and multiple sanctions from the United States. Only in 2013, with the coming to power of Hasan Rohani, the seventh and last president of Iran, did the tension between the Islamic nation and the West subside.

Rohani’s legacy: a stumbled Nuclear Agreement with the West and unfulfilled economic promises to the Iranians

Rohani and Khamenei –president and supreme leader–, faced with the economic crisis resulting from the blockade of the Western powers, gave ground and signed the 2015 Iran Nuclear Agreement with the Obama Administration.

In this way, Iran managed to have the sanctions lifted against it, in exchange for a controlled nuclear development and far from the production of the atomic bomb. However, the departure of Obama and the arrival of Trump to the White House forced the rupture of the Agreement in 2018 and a reinstatement of the sanctions. To top it all, the domestic economy did not rebound as Rohani had promised, and in 2019 Iranians socially erupted in massive protests over the costly quality of life and lack of opportunities for the working class.

Now in 2021, after Rohani’s second presidency is over, the new president will have to face, among others, two obvious challenges: revitalizing the stagnant Iranian economy that has its people discontented; and to strengthen the Nuclear Agreement with the West to calm international tensions and free itself from the dreaded sanctions.