History – Napoleon Bonaparte, the “fallen emperor” who died in exile 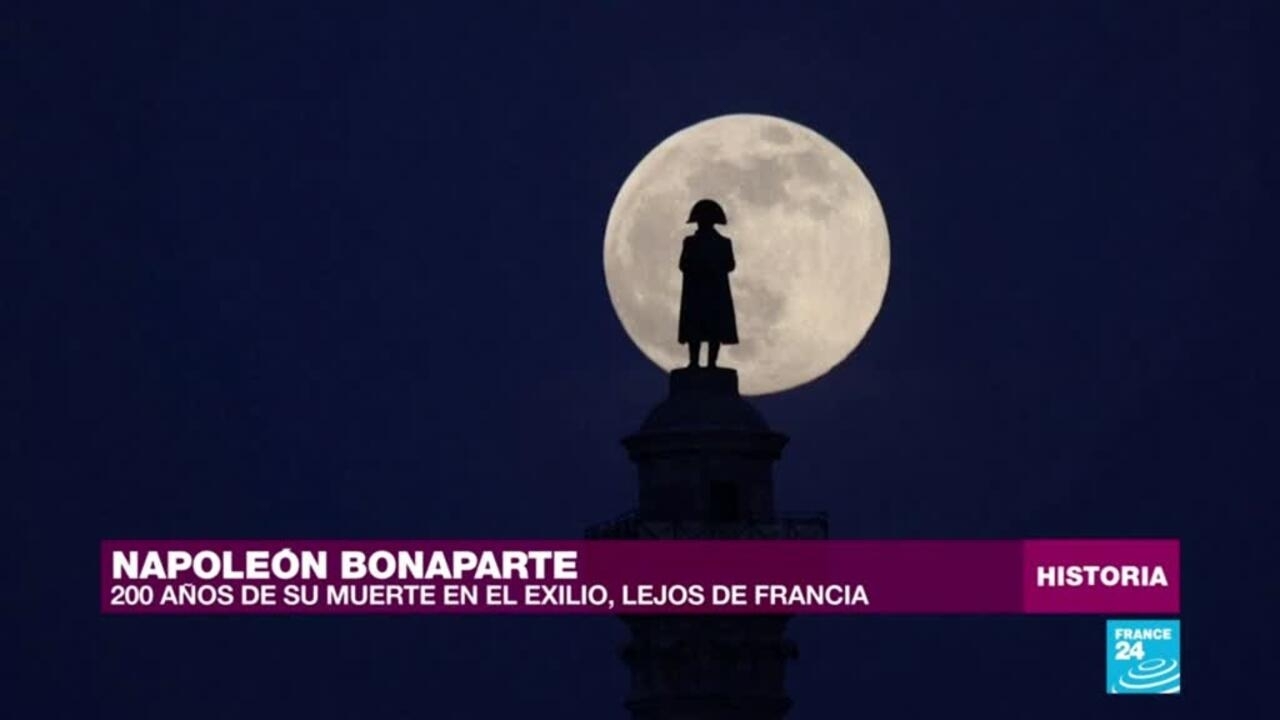 The figure of Napoleon, 200 years after his death, still polarizes. For some he was a military genius who built a vast empire with France as a modern centralized state. For others, he was a tyrant who reinstated enslavement in the colonies of America and sent hundreds of thousands of soldiers to their deaths in absurd battles. Historical review by a figure that divides the waters.

It is 200 years since the death of Napoleon Bonaparte. The French soldier, general and emperor died in exile on May 5, 1821. Six years had passed since his exile on the remote British island of St. Helena in the South Atlantic, a windswept and rat-infested destination. During those years, Napoleon Bonaparte was surrounded by a group of confidants, as well as a garrison of 3,000 British soldiers who stalked him to thwart his escape intentions.

In Santa Elena, Napoleon inhabited the Longwood House, his last home and that of his entourage – of 28 people. Their volunteer companions are said to have consumed 17 bottles of wine a day, not to mention champagne and other spirits. A habit consecrated to alleviate the impotence of exile, as well as the intense humidity of the climate. Between drinks at Longwood House, Napoleon spent his days reading his life story to his compatriots.

With deep attention, his followers listened to anecdotes from his Genoese origins on the island of Corsica, to his military exploits to extend the radius of his empire in Western Europe.

At the end of the 18th century, Napoleon fell among the French in a moment of historical inflection: the French Revolution. Having taken the military path, he skyrocketed through the military hierarchy by never letting down his superiors.

An example occurred in 1795, when the French rose up in a pro-monarchical insurrection calling for the end of the Republic and the restoration of the king to his throne. But Napoleon, in command of an improvised army, defended the Tuileries Palace, put down the counterrevolutionary insurrection with artillery, and won the respect and admiration of the Jacobins.

According to the French historian Lea Charliquart, Napoleon wanted to be remembered as a “fallen emperor who died thousands of kilometers from France, on a small volcanic rock.”

An emperor who never abandoned his investiture as a soldier until the end of his days, as symbolized by his blue uniform and bicorne hat, as well as his deathbed on Santa Elena: a smooth iron military cot.

As part of his memoirs written on the remote island, Napoleon spent his early years in charge of missions crucial to France in the geopolitics of the late 1700s. Among them was winning battles in northern Italy with a ragged and poorly fed army, the occupation of Venice after enjoying a thousand years of independence, the submission of Austria to its orders and the confiscation of the Netherlands and the territory of the Rhine.

And it is that Napoleon’s military successes brought him fame throughout Europe. They spoke of his deep knowledge of military tactics and his prodigious intelligence to dismantle the most powerful enemy armies.

This prestige earned him to command the French army on an expedition through Egypt, then a province of the Ottoman Empire, with the aim of cutting off the British routes to India. Indeed, Napoleon defeated 100,000 British soldiers with 25,000 men in the Battle of the Pyramids, but suffered a severe blow against him: the famous Admiral Nelson destroyed the entire French fleet in the Battle of the Nile.

At this point, Napoleon is judged to be indolent for having abandoned his army to its own devices, in the inclemency of the Egyptian desert, and thus having saved his skin upon returning to France.

The self-proclaimed emperor who fell into the hands of the British, his eternal rivals

Exalted by his victories, Napoleon returned to France and proclaimed himself in 1799 as first consul; in 1802 as the first consul for life; and in 1804 as Emperor of the French.

On the colonial front, Napoleon ignored the French Revolution convention of 1794, which abolished slavery. As first consul, he demanded to restore slavery on the island of Hispaniola, now Haiti and the Dominican Republic, in order to make the most of the sugar cane and obtain resources with which to finance his battles.

As emperor, Napoleon recapitulated a series of battles over the European monarchies, which allied to counterbalance French expansionism. In 1805, the English navy was invincible at the Battle of Trafalgar, but Napoleon was overwhelming at the Battle of Austerlitz in 1806.

Having conquered much of Western Europe, Napoleon’s strongest enemies remained the English and the Russians. Precisely, the failed invasion against the latter was the beginning of their decline. Of the 600,000 men he sent in 1812 to fight in frigid Russian territory, fewer than 100,000 returned on foot.

Diminished, Napoleon failed once more at the Battle of Waterloo in 1815, when he was taken prisoner by the British.

All these battles were recorded in his memoirs, written during his years of exile on the island of Santa Elena, before dying of stomach cancer, one of the many theories that surround his death.

Two decades after being buried in Saint Helena by the British, the French managed to repatriate his remains and preserve them, to this day, in the Les Invalides complex in Paris.

Napoleon marked with wars and laws the beginning of the contemporary history of Europe.

Cristina Kirchner managed to remove one of the three judges who must decide on her double pension of $ 1.6 million