History – Johnson, Clinton and Trump: the story of three presidents and four impeachments 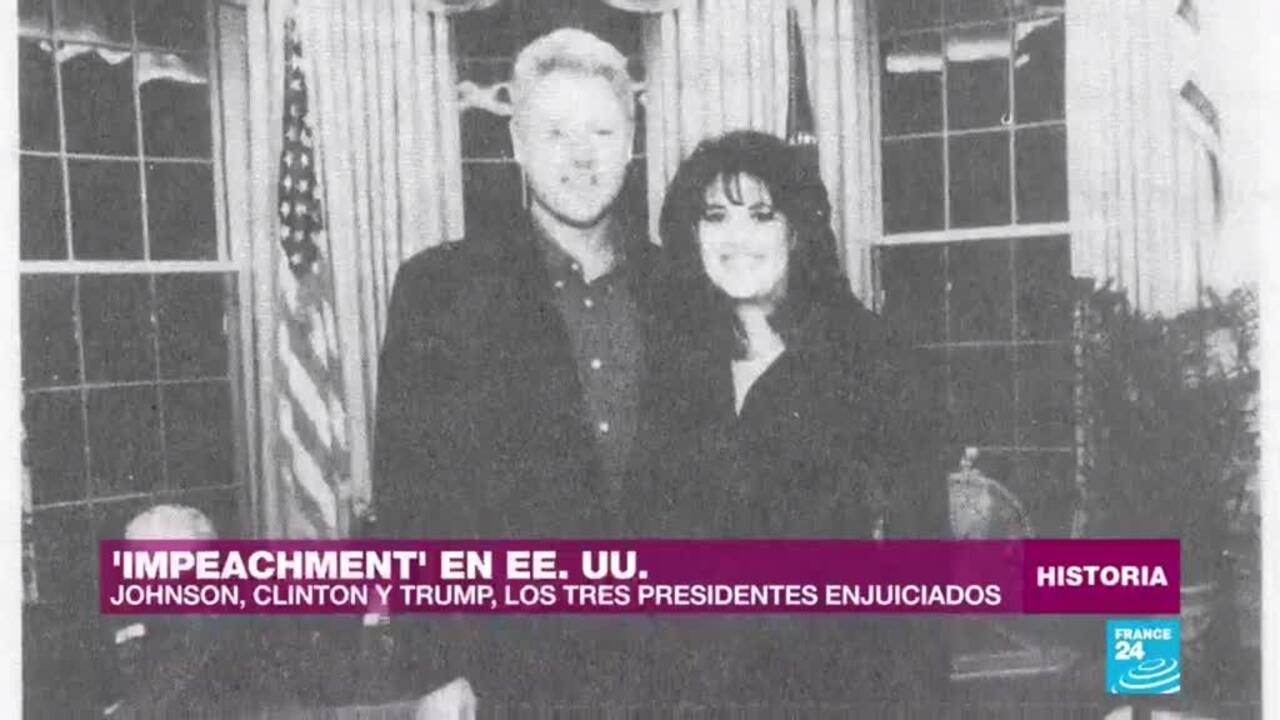 ‘Impeachment’ means to accuse or press charges against a public official. An English legal process that was enshrined in the United States Constitution in 1787, at a time when George Washington served as the first president of the nation. Since then, 21 judges, legislators and officials have been indicted, including three presidents: Andrew Johnson, Bill Clinton and Donald Trump.

Andrew Johnson in 1868 counted against him 11 articles of ‘impeachment’. Johnson was Abraham Lincoln’s vice president during the American Civil War, the only American civil war.

When Lincoln was assassinated in 1865, Johnson assumed the presidency. Shortly thereafter, in 1868, this prominent anti-rebellion Democrat from the South faced a Republican majority in Congress who sought to remove him. The point in question was Johnson’s attempt to replace the Secretary of War with one of his own choosing, unleashing Republican ire. But by a single vote in the Senate, Johnson was found not guilty of his charges.

Andrew Johnson’s ‘impeachment’ set a precedent. Congress could not judge a president alone under the pretext of differing in his form, style and administration policy.

One hundred and 30 years later, in 1998, Bill Clinton was the second president of the United States to be tried by Congress. The case went around the world. It began with a sexual harassment lawsuit filed by Paula Jones, an Arkansas state official. During the hearings, Jones’ attorneys sought to build an alleged pattern of sexual relationships between Clinton and administration officials.

The process went to details such as testing the presence of Clinton’s semen on a blue dress, belonging to Monica Lewinski.

In this way, the House of Representatives initiated the process of ‘impeachment’ against Clinton on charges of lying under oath and obstructing Justice. The scandal was dubbed ‘Monicagate’. Although the ‘impeachment’ prospered in the House of Representatives, it was dismissed in the Senate by failing to get two-thirds to find him guilty of his charges.

Trump, the first president of the United States to be tried twice

On December 18, 2019, Donald Trump was the third president of the United States to be politically tried, like Bill Clinton in 1998 and Andrew Johnson in 1868.

Trump was charged with abuse of power and obstruction of Congress, after he had put pressure on the Ukrainian government to carry out an investigation against his eventual presidential opponent Joe Biden, and his son Hunter. Such an investigation would have helped Trump in his bid for reelection. So the Democrats accused him of putting himself above the law and ignoring the rules of conduct that a president must have and that are established in the Constitution.

But once the impeachment reached the Senate stage, Trump received unconditional support from his Republican allies and was acquitted of the charges against him.

Following the violent events perpetrated by a mob of his supporters during the assault on the Capitol, on January 6, 2021, Trump became the first president of the United States to be subjected to a second impeachment.

The House of Representatives, led by Nancy Pelosi, approved a second impeachment process, this time for what it described as “incitement to insurrection.”

The assault on the Capitol occurred the same day that Congress had to endorse the election results that gave Joe Biden the victory. On that day, Trump called on his followers to ignore the results, called a demonstration in Washington, called on them to march towards Congress and “fight like the devil.” For many, the trigger for the unfortunate and violent episodes that occurred in Washington, in which five people, four civilians and one police officer were killed.

For the first time, ten Republicans supported the Democrats’ impeachment motion in the House. This second trial against Trump will continue its course even with Joe Biden officially assumed as the new president of the United States and will require two-thirds of the Senate to declare his guilt of the charge he is accused of.

If found guilty, Trump may be subject to a second vote, this time by a simple majority, so that he cannot hold public office, which would prevent him from running in 2024, as he has suggested.