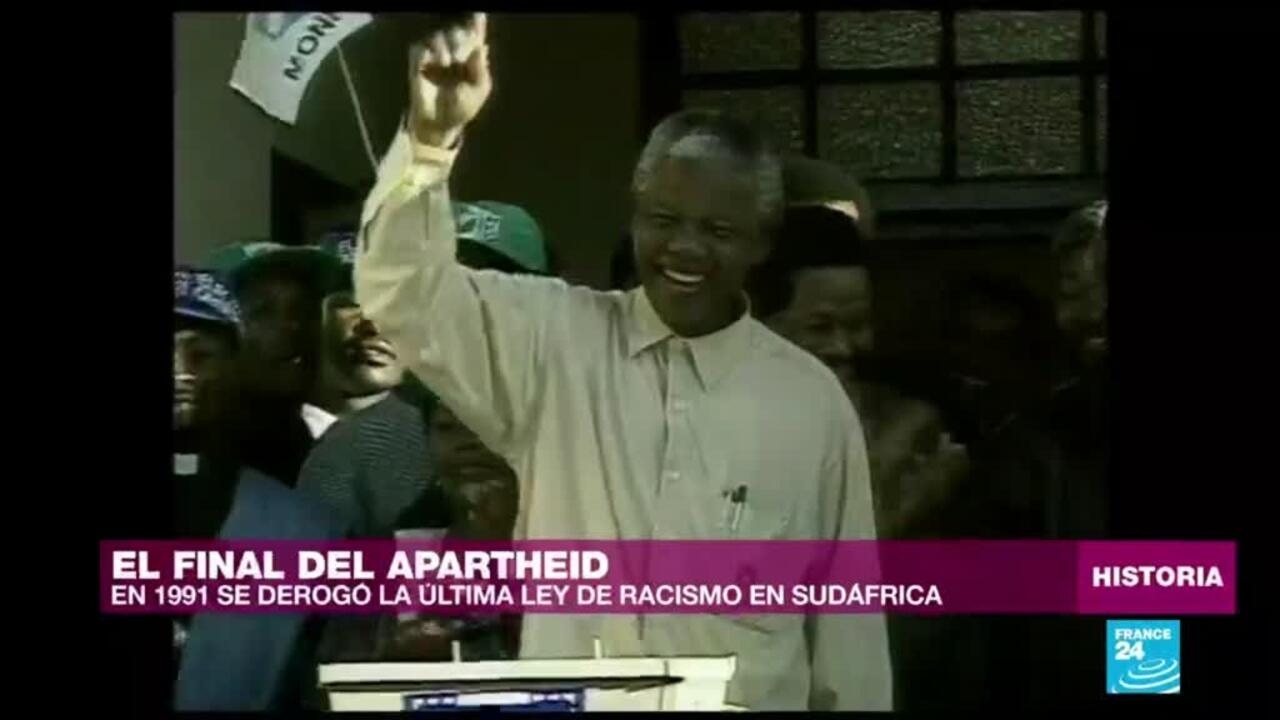 It is three decades since the legal end of apartheid in South Africa, a political and social system that allowed a white minority to rule in a discriminatory way, for 42 years, over a majority of Afro, Indians and mestizos. On June 17, 1991, the three houses of the South African Parliament, the white, the mestizo and the Indian, repealed the last of the laws of the legal compendium that supported apartheid: that newborns be classified by race.

In this way, four decades of institutionalized racial segregation in South Africa came to an end. A racism that dates back centuries, but which legally had its origins in 1902, after the peace treaty between the British and Afrikaners, former Dutch settlers, who established the premise “that the white man must always be the master”. Therefore, they suppressed the voting rights of blacks, and eleven years later, in 1913, they legalized the figure of the ‘Black Land Act, a law by which they could be deprived of their lands.

Those were the same years in which the African National Congress, the political party of the Xhosa ethnic group, had been founded that since 1912 has been fighting to restore the right to vote to black and mestizo Africans.

Precisely 30 years ago, in 1991, Nelson Mandela took the reins of the African National Congress, after being released, a year earlier, by Frederik de Clerk, the then South African president, after having spent 27 years in prison for alleged conspiracy to overthrow the government.

Nelson Mandela, the icon of the end of ‘apartheid’ and the beginning of an anti-racist South Africa

With Mandela free and presiding over the African National Congress, apartheid had its end sentenced. On March 17, 1992, South Africans voted en masse in a referendum against apartheid and in favor of Mandela’s party having the right to compete in a presidential race. So it was. The African National Congress, considered an outcast since 1960, could legally aspire to be part of a democratic election. This fact, like the end of the dismantling of apartheid, earned Nelson Mandela and Frederik de Clerk, the Nobel Peace Prize in 1993.

In 1994 Mandela became the first black president in the history of South Africa, thanks to the vote of millions of South Africans who, between April 26 and 29 of that year, bet on a policy of national reconciliation.

Forgiveness was one of his main flags. So Mandela established, between 1996 and 1999, the South African Truth and Reconciliation Commission. A national, televised podium to forgive and appease the resentment between blacks and whites, derived from 42 years of apartheid and three centuries of racial discrimination.

‘Apartheid’ means separation in the language of Afrikaners, the descendants of the Netherlands who settled in South Africa

Racial segregation in South Africa was widely practiced since the settlement of the first Dutch colonies at the Cape of Good Hope in the mid-17th century. As the years went by, a phenomenon of immigration was generated, in present-day South Africa and Namibia, of European settlers, mostly from the Netherlands. These immigrants called themselves Afrikaners, a white people supported by the agricultural economy, with their own language, Afrikaans, derived from Dutch. Its settlement would not have been possible if it had not fought intensely against the Bantu – native peoples of southern Africa – and against the British, one of the main colonizers of the continent.

Since 1948, Afrikaners have officially established themselves in power in South Africa through the electoral victory of the National Party.

Almost immediately, this party privileged the nationalism of its people, so that it implemented racial segregation, which included separating whites from the rest of the population.

To give legitimacy to this segregation, known as ‘apartheid’, which in Afrikaans translates as ‘separation’, they legislated on the basis of skin color. They built neighborhoods exclusively for whites and others for blacks. The bus system had not only seats, but exclusive stops for whites. Blacks had their own universities and hospitals, all of poorer quality compared to whites. There were even beaches for one and for the other. And so that there was no room for mixtures, interracial sex and marriage were prohibited.

Years later, after the phenomenon of immigration of the working class from India and Pakistan, the apartheid system included Asians.

In total, the National Afrikaner Party during its 42 years in office passed 317 laws to legalize racism, and privilege the white minority, which by 1988 constituted only 14% of the population. These 317 laws were falling one after another with the arrival of De Klerk, the last white president of South Africa, who accepted the reality of his time: the end of socialism with the fall of the Berlin Wall, the loss of international allies after the dissolution of the Soviet Union, the pressure of the United Nations for a democratization process, and an outdated system whose validity required repression and death.

Since the apartheid laws were repealed until the last of them in June 1991, and with the rise of Nelson Mandela to the presidency in 1994, there have been no more white presidents in South Africa, nor other than the political affiliation of the Congress party. African National.

Many experts say that while there is currently no discrimination based on laws, the scars of social racism persist and can be seen in the daily lives of South Africans.