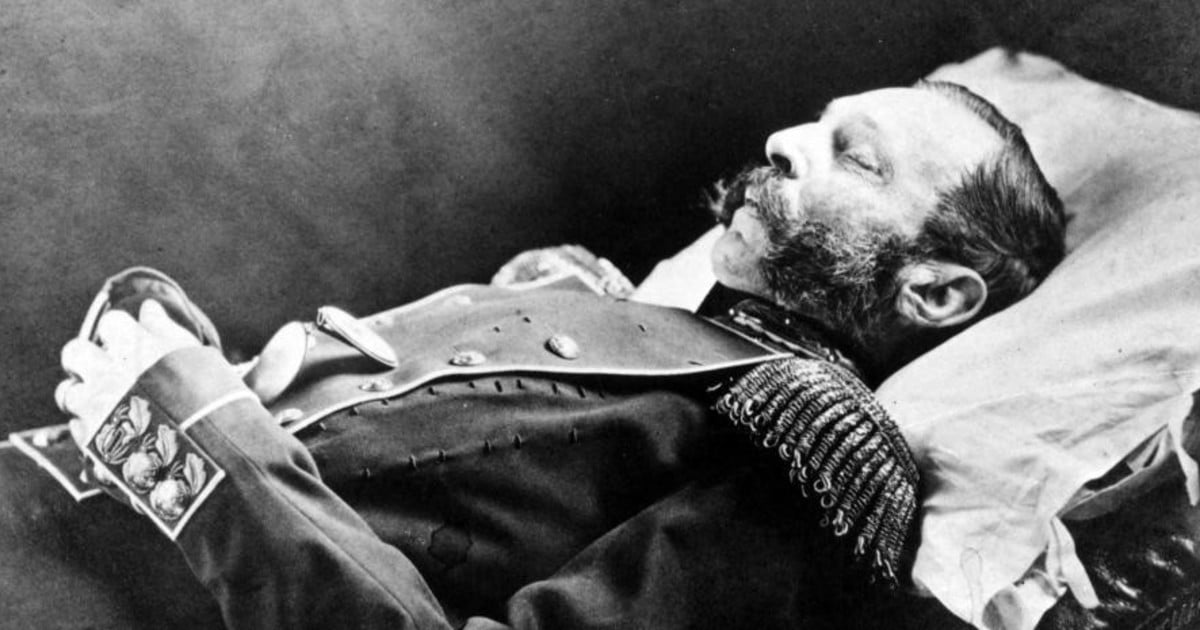 On March 13, 1881, members of the revolutionary terrorist group Voluntad Popular threw their explosives against the entourage of the Tsar Alexander II in St. Petersburg, who died from injuries caused by one of the bombs. The irony wanted the place of the murder to coincide with one of the main scenes of Crime and Punishment: the Ekaterininsky channel.

Of the six terrorists who were sentenced to death for the attack, only one was Jewish. It was called Guesia Gelfman, and it did not take long to become famous. When the sentence came in late March, she said she was four months pregnant. It was true, and by law she had the right to give birth before she was hanged.

In the following months, pressure from the foreign press led to his death sentence being commuted to forced labor and, unusually, he was allowed to give an interview to a newspaper from prison (where he complained about the treatment he was receiving). Russian prisons weren’t exactly known for their humanity.

Those accused of the murder in court. Photo: archive

With all the lights on the tsarist regime, the police assured that they would put at their disposal a gynecologist from the imperial court to give birth with guarantees, which did not prevent Gelfman I ended up dying from complications of childbirth (peritonitis) shortly thereafter.

This is how, in the imagination of many Russians, this woman became an especially representative member of the group that ended the life of her tsar. She, who was already a fugitive before the assassination, had prevented her from being hanged along with the other five terrorists and had received privileged treatment thanks to a European campaign … Wouldn’t all that be further proof of the international judaic power?

On April 15, 1881, the same day the terrorists were executed, the first pogroms, beatings and public lynchings of Jews in the Ukrainian city of Elisavetgrad. They said they had committed a ritual murder at the gates, of course, of Holy Week.

Moment of the explosion that caused the death of Alexander II. Photo: archive

It was a classic of European anti-Semitism for centuries. The usual accusation was that they sacrificed christian children to use his blood in the preparation of unleavened bread for the celebration of his Passover. That really is a black legend.

Anti-Semitic violence, which resulted in murders, robberies and rapes, spread like wildfire to hundreds of Russian populations over the next three years. In parallel, many of the steps that had been taken, during the reign of Alexander II, for the emancipation of the Jews they were reversed.

And as Irving Howe recalls in his now classic study World of our fathers, Thousands of families, emotionally devastated, lost any hope of achieving equal rights with the rest of the Russians and began a massive emigration.

“The police have betrayed us”

Many of them came to believe that the security forces had tolerated, and even organized, the violence. It seemed inconceivable to them that aggressions had multiplied at such a speed in so many different locations. Howe himself, and even Hannah Arendt, also believed in this conspiracy theory many years later.

Specifically, Arendt wrote in The Origins of Totalitarianism, “Slavophiles’ occasional antipathy towards Jews turned into anti-Semitism throughout the world. intelligentsia when, after the assassination of the Tsar in 1881, a wave of pogroms organized by the government moved the Jewish question to the center of public opinion ”.

And that is what, today we know, happens with the fake news: the first hoax provokes a chain of lies that feed polarization, fear and social confrontation. Even the best minds can be confused and deceived, although, of course, for the cocktail to be truly incendiary, a particularly flammable fuel is required.

We speak, above all, of the gasoline of the erosion of the credibility of the institutions, the impotence of the security forces, irresponsibility of some media, the remarkable acceleration of communications, the destabilizing social and economic transformation and the spread of what Arendt called “tribal nationalism.”

When all these factors converge, it only takes a good match, a devastating shock, for the flames to spread.

In the case of the pogroms of 1881, the role of shock it was carried out, obviously, by the assassination of Alexander II, and the institutions with damaged credibility were those of the tsarist autocracy. There must not have been many who thought, at this point, that the politicians of St. Petersburg, with the exception perhaps of the royal family, were losing sleep over anything other than their ambitions and desires for power.

At the same time, as the historian Heinz-Dietrich Löwe recalls in his study The tzars and the jews, the security forces were terrified of the possibility of a revolutionary outbreak throughout the country, their morale was in tatters after the assassination and were overwhelmed by the massive protests, which they overturned their violence about the Jews. Of course, there were also individual agents who sympathized and helped the violent.

The speed with which the pogroms multiplied, which cast the illusion that it was an organized campaign, is partly explained by two reasons. First, by the expansion of the train, which constituted a true revolution for the Empire’s communications. Aggressors and thugs of all kinds took advantage of this circumstance to move quickly.

And second, because the vast majority of pogroms did not occur throughout the Empire, but almost exclusively in Ukraine, a region with a considerable anti-Semitic tradition and where, for that very reason, the lies against the Jews were especially credible.

Regarding the destabilizing social and economic transformation of the years before the riots, Löwe recalls the impressive turning point that was signified, on the one hand, by the emancipation of millions of serfs in 1861, and, on the other, by the crazy economic growth that it accompanied her until the following decade.

During those years, Russian agricultural exports took off, and some Jews with business talents, proficiency in several languages, and family networks in different countries assumed a considerable prominence in exchanges. This fueled the prosperity of thousands of Jews who, thanks to the steps that Alexander II took towards their equal rights, could now access training, jobs and places of residence that had previously been forbidden to them.

To the envy of the Jews that this social ascent provoked, well described by the historian Simon Schama in The History of the Jews, another offense was added. Many merchants and artisans saw that their business and union monopolies they were displaced due to the pressure of competition and the satisfaction of consumers who could and wanted to buy cheaper. International trade multiplied and, with it, imports from other countries. In addition, the train made it possible for products from other locations to reach their doors.

There were not a few merchants and artisans who they blamed the jews in good years, but his enemies certainly increased in bad. Beginning in 1873, a long world economic depression ensued and international trade cooled dramatically. Consequently, the unrest spread through a Ukrainian land that now had to face impoverishment and unemployment.

The land was well fertilized for the explosive discomfort, because, in addition, many Ukrainian cities had multiplied their population in a few years and, most likely, their services and infrastructures were not enough.

The media, as Löwe also recalls, did not play an exemplary role in the years before the pogroms. It is no longer just that they later covered the fake news about the assassination of Alexander II, but many newspapers had simply opposed for years the Tsar taking new steps towards equalizing the rights of Jews, with xenophobic arguments.

But those were not isolated prejudices, as Hannah Arendt explained well in The Origins of Totalitarianism, but they were consolidated around what she called tribal nationalism, which “owed part of its appeal to contempt for liberal individualism, the ideal of humanity and the dignity of man.” And that contempt was nourished by an economic crisis that exposed the first globalization.

According to Arendt, tribal nationalism wants us all turned into a uniform mass and proud to be the chosen people. For him there is no humanity as such, but a succession of nations based on ethnic groups and races as different as “a wolf is from a fox” and, frequently, faced by power.

In these circumstances, the only source of human dignity is the nation to which we belong (the State is totally secondary, and its security forces lack the legitimacy to contain us), and we have no more collective responsibilities (as human beings) than those of us. that determine the anxieties of our group. Our lack of blind obedience to the dictates of our origin (our blood, our people) is considered unacceptable disloyalty. We are “selling” our family.

It was not difficult for tribal nationalism to become decidedly anti-semitic in Russia. And we saw that with the pogroms. It was enough to not recognize a part of the population the same human dignity as the rest, to divide society into two uniform and incompatible groups (Jews and Slavs) and to assume that the only way they could relate was a struggle for supremacy among chosen peoples. Let the violence break out it was about time.

Give youth: will China lift restrictions on the number of children

Milena Zárate worried about her family in Colombia: “I pray for my country”