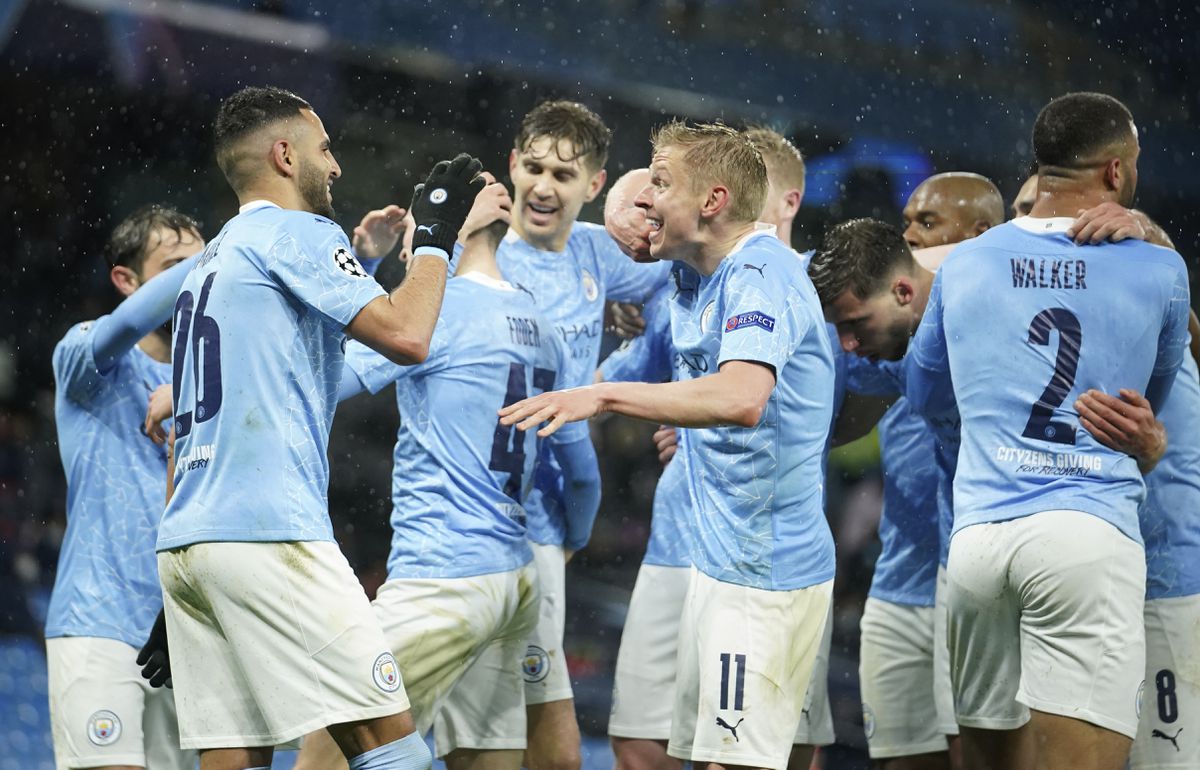 Manchester City reached their first Champions League final with hardly any shocks. It was enough with two cons, two goals from Mahrez, to dismantle a deflated Paris Saint-Germain without Mbappé and with great difficulty led by Neymar, melancholic and dejected before the impeccable organization of an inaccessible opponent based on order. Guardiola’s hand can be seen in every particle of this signature team, owner of the first ticket to Istanbul.

The Manchester uprising on Sunday was covered with hail on Tuesday and the sinister silence of the pandemic fell on the Etihad to reduce the splendor of the semifinal. Without the energy of the crowds, football becomes a strange exercise, a forced grimace, a purely contractual matter. The teams complied with the procedure. They presented themselves. They played. Time passed, which is perhaps the most remarkable part of the game, in the absence of a crowd. It was televised. But the soccer players never got the warmth of the audience, nor were they convinced that the cameras are signs that organically integrate them with a social group.

Forced into rebellion, the PSG players strove to show that they were competing out of pride, out of dignity, out of desperation. With the exception of Verratti for a while, and Ángel di María for most of the evening — with a ball in between, this man is immune to catastrophes — they did not succeed. Neymar did not succeed, not even subjected to the predicament that for all professionals the approach of 30 years with the need to make merits to renew a contract supposes. The ten played regular. He made gestures of pain, became confused, asked for the ball where it should and where it should not. It ended up crashed against the City machinery, closed by the forcefulness of Rúben Dias.

Terribly reduced by the injury of Mbappé, who remained on the bench covered by a black cap, Pochettino reorganized his team with everything he had at hand to deactivate his rival. Marquinhos led the rear to the opposite field, Verratti and Herrera alternated to link with Neymar, and Di María left the left lane to associate with everyone and sow chaos in the opposition. Icardi floated up, waiting for some illuminated to put a pass with an advantage between Dias and Stones.

The first onslaught sent the City back. For a few minutes, Guardiola’s team found itself deformed, devoid of the ball that provides the axes of its identity. Forced to adapt. It was in that period when he abounded in the resistant facet. Dominated, sunk in his area, forced to run and wait, the squad of light blue jerseys ended up finding serenity in the defensive order. Apart from a Marquinhos header to the crossbar, after a corner, the visitors could not put Ederson to the test. The goalkeeper didn’t make a stop.

Minute ten had passed and the two teams were on the local court. It seemed that PSG was in command when Ederson’s goal kick was coordinated with Zinchenko’s start. The Ukrainian full-back, who finally proved to have more football in his boots than Cancelo, flew through the midfield line, broke the offside, and when he reached the bottom he ended up throwing the backing defense out of square by handing the ball to De Bruyne. . The Belgian’s shot bounced off Kimpembe and Mahrez hit the near post.

Gundogan’s position, usual inside attack, changed into a double pivot. Sheltered alongside Fernandinho, the German helped watch Neymar while depriving De Bruyne of his supplies. As it usually happens when he changes the 4-3-3 for this more conservative drawing, City lost presence in attack because it limited their chances of passing. He gave up the initiative, but it didn’t affect him too much either, given his opponent’s frustration. While the 1-0 did not change their need to score two goals to come back, PSG players began to behave as if their inability to finish persuaded them that any revolution would fail. It was decisive, but on the contrary, the nine who replaced Mbappé. You can’t play worse than Mauro Icardi. The epitome of the spectator player, the Argentine watched a few plays as if he couldn’t intervene. He not only deprived his colleagues of support. It was as stopper as Dias or Stones.

The second half began and the only thing that was seen of Mbappé were the eyes through his panties and his black hat. It looked like tuareg in the snow. Grave, impassive, he followed the game with the same gloomy air as his colleagues on the field. PSG continued without shooting at the door. Neymar’s attempts to grab the handle of each operation only drove his team away from the opposing goal. Possessed by frustration, Di María stepped on Fernandinho and the referee sent him off for assault.

Mahrez, after a counterattack well directed by De Bruyne, finished the 2-0 and was consecrated as the protagonist of the semifinal with a hat-trick. The trick that opened the door to the first Champions semi-final in Manchester City’s history.

Guardiola: “It is the recognition of four years of work”

“People think it is easy to reach a Champions League final,” said Pep Guardiola, the Manchester City manager, after eliminating PSG by a 4-1 aggregate result.

“Fortunately, the final is the recognition of the work of the last four years.”
Signed in 2016, the Spanish coach suffered recurring criticism each time he was eliminated from the Champions League, despite winning two Premier titles. On the way to his third Premier, in his fifth season he managed to reach the Champions League final with the most defensively solid version of his entire repertoire. No Guardiola team conceded fewer goals per game than this City. Neither enjoyed a greater investment in signing defenses.

Kyle Walker, a four-year veteran of the Manchester center squad, announced it in awe of excitement. “This club and these players needed a Champions League final,” he said; “With the talent in this dressing room, not reaching the final has been a disappointment year after year.”

While the party was unleashed in the local dressing room, Mauricio Pochettino, the PSG coach, avoided giving importance to the injury of Kylian Mbappé, who suffers a break in the muscles of his right leg. “Of course, Mbappé is an important player,” said the Argentine; “But it cannot be used as an excuse. Soccer is a collective sport. Results are achieved between 25 players. Now we have to get up ”.

For Guardiola it will be the third Champions League final in his career from the side (he played two as a footballer). The others, in 2008-09 and 2010-11, he got with Barcelona and both won against Manchester United.

Inter – Verona: The top favorite Inter to take the match