Historic cities on the hunt for the vaccinated senior tourist 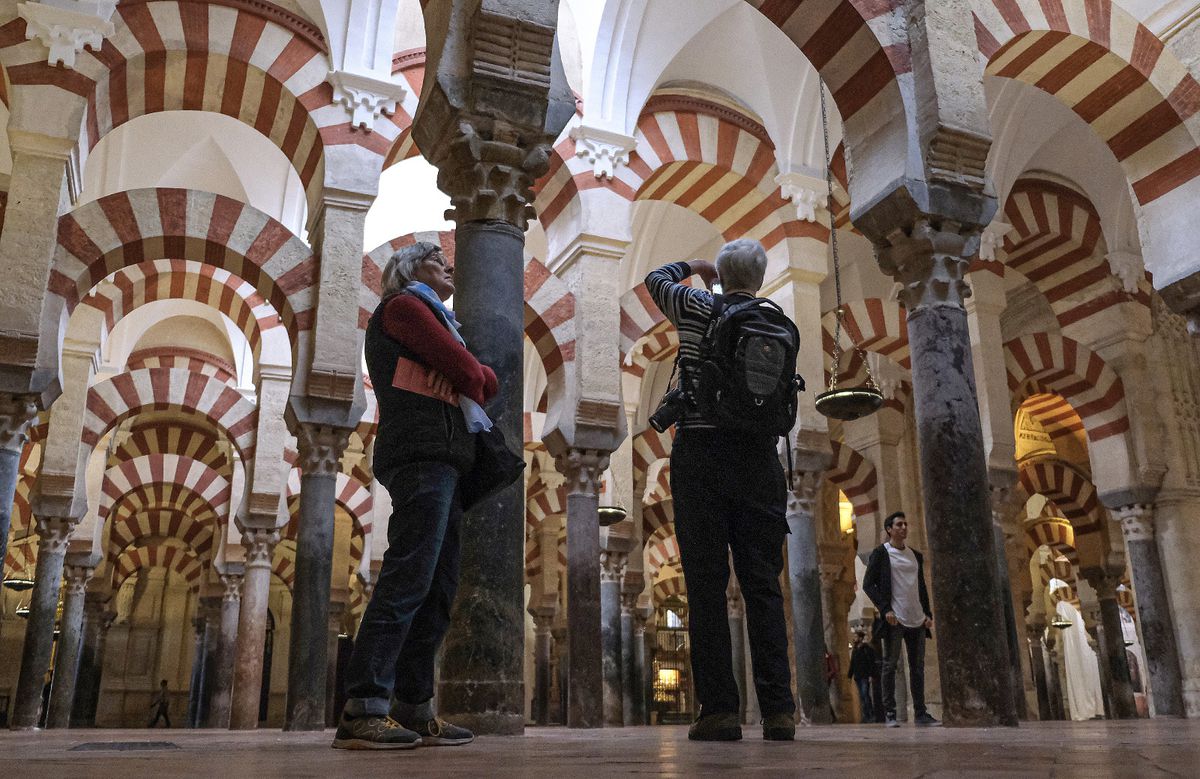 Over 60 years already vaccinated. That is the target audience they fixate on 15 Spanish cities declared a World Heritage Site by UNESCO to attract visitors and begin to overcome the economic crisis. The mayors place their hopes on an indigenous tourist who will spend more, given that the average capacity for savings has increased, and on the permanence of their offer in the face of the seasonality of the sun and beach. In a second phase, foreigners already immunized would also come, without specifying the age range.

This is how these cities trust to relaunch their tourist offer from the second half of the year, according to the presentation of the joint strategy carried out this Monday in Seville together with the president of Tourism Paradores, Óscar López. “The more vaccination, the less restrictions,” the mayor of Mérida and president of the Group of World Heritage Cities (GCPHE), Antonio Rodríguez Osuna, told this newspaper. “Spaniards over 60 years of age will be vaccinated and that will allow them to travel and spend money,” he adds.

34% of the population between 60 and 69 years have received the first dose, a percentage that rises to 37% among those in the next decade. These are the potential tourists who could have more mobility guarantees for the summer and it is to this traveler that the post-covid offers of the heritage cities are directed. “Yes, by May 9 [cuando decae el estado de alarma] We have eight million people in Spain with the vaccine, and they are also people who have suffered a lot because of their age and have lost a year of their lives because of this pandemic, it cannot be that mobility is reduced further. It would make no sense if 25% or 30% of the population were vaccinated and they continue to be told to stay at home ”, Rodríguez Osuna pointed out.

Before the pandemic truncated the tourism growth strategies of the 15 Spanish cities whose historic centers have been distinguished as World Heritage Sites, the study commissioned by the GCPHE observatory in 2019 It established that it was its historical and cultural heritage that attracted 86% of its visitors, who also stayed 1.84% more than in other Spanish tourist attractions. In addition, 38% of its tourism was international. To offset this influx, the GCPHE plays with the fact that the senior traveler has saved 35%, according to another report commissioned in recent months. “The new tourist will be of higher quality and will increase spending,” says the mayor of Mérida.

The asset of a perennial heritage and cultural offer that does not fade with the absence of sun or good weather is also part of the claim for these 15 municipalities. “Our cities offer what that tourist is looking for now: Heritage and sustainable spaces, cultural activities and a first-rate gastronomy,” says the study. Four factors that are what tourists will look for as soon as mobility recovers and that, he adds, “are found in the 15 municipalities that make up the Group of World Heritage Cities.”

The fact that in this new campaign they go hand in hand with the Paradores group is another winning bet. “This agreement allows us both to design products together and to join forces to promote them in Spain and the international market,” said the president of Paradores. López recalled that his establishments, both those in the beach area and in the interior, had an 87% occupancy rate in the last summer months. In his opinion, this data reaffirms the change in trend of the new post-covid tourist who puts safety first when choosing his holiday destination.

In this search for new visitors, the foreign tourist is not considered lost, but, as in the case of the native, being vaccinated also seems mandatory. In this line, trust is placed in travelers from the United Kingdom, whose vaccination rate is faster than that of the rest of Europe, but also in those who have already completed the full schedule in other reference places such as Germany and France. “Those countries, but also the Asian countries or the United States, are going to advance in vaccination,” says Rodríguez Osuna.

While completing the guideline, the 15 World Heritage cities in Spain are preparing for a few summer months – June, July and August, especially – “with a more contemporaneous growth”, to then embrace the recovery from September, according to has pointed out the mayor of Seville, Juan Espadas. The Andalusian capital is not part of the CGPHE but it was the first stop on a promotional tour that the group will carry out in several Spanish cities. Each of the 15 municipalities also has a detailed study of their strengths and weaknesses that they will make known at the end of this month and with which they will develop their own personalized offer, Rodríguez Osuna has abounded.

Rescue service The Vantaa Rescue Department is accused of slowness: In fires and accidents, it is often not possible to arrive in six minutes.