His mother died and someone took the opportunity to rob his house with a copy of the keys: ‘The word delinquent is too small for him’ 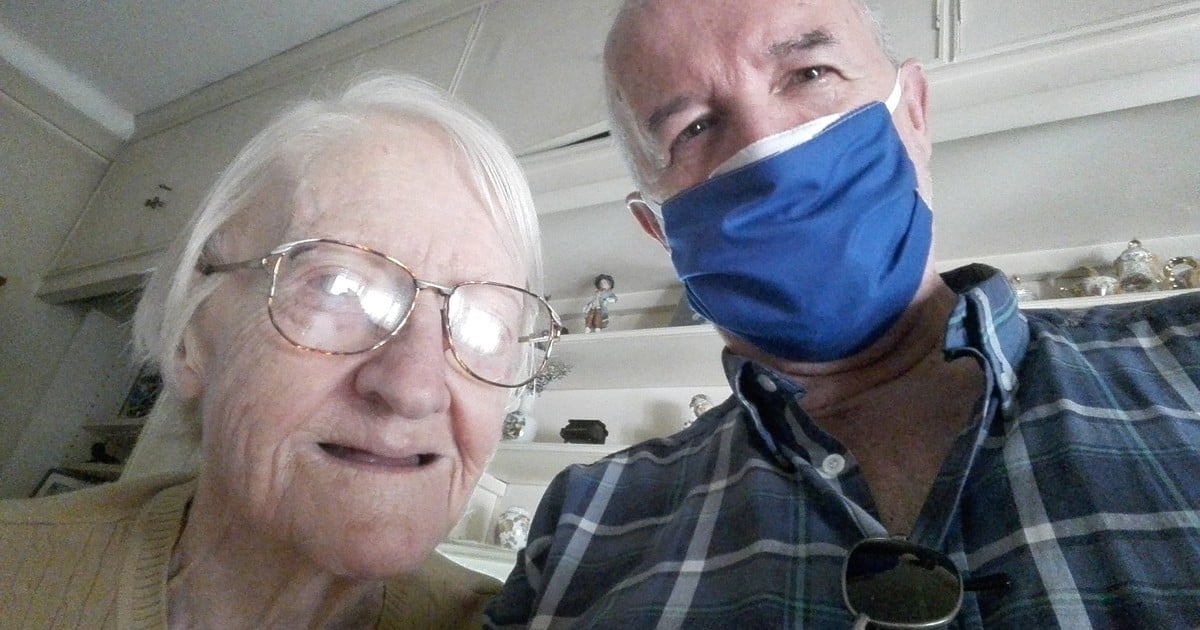 It took a few minutes for them to understand what had happened. The 24-inch television was no longer in the apartment but there was no sign of theft. The doors were not forced, there were no jumbled drawers, and nothing else was missing.

The apartment, located on the 5th floor of a 600 Reconquista building in downtown Buenos Aires, had been occupied until March by Nelly, a 91-year-old retired kindergarten teacher.

The woman had some health problems and he had moved to Quilmes to be closer to his family. He died a month later, on April 4.

Last week, one of Nelly’s granddaughters returned to the scene and found that the power was out. It was the only apartment in the building that had been left without service. They made the claim to Edesur, although they later found out that strangely he had lowered the thermal located in the basement.

Two days later, when he returned to the scene, Marcelo, Nelly’s son, discovered that the television was missing. It was clear that the assailant I knew that the woman was not. But what most outraged the family is that the person who had entered the house had a copy of the keys.

The letter that the woman’s son published in the building, to alert the neighbors.

Marcelo, a journalist who went through the newsrooms of Popular, La Razón and Clarion, among other means, he wrote a letter that he posted in the hall of the building.

“Someone stole the television, which belonged to my mother, from the apartment that she occupied for years on the 5th floor. He did not have to force the door or the lock: He entered with the keys that my old woman surely gave him at some point when he was in poor health. Or with a copy, it’s that simple. He knew she was gone and took him away. I checked it last Wednesday when I arrived and I felt a deep indignation and sadness “he explained at the beginning of his story.

Then, he added, with anger: “It is clear that the device, whose material value does not matter in this story, did not leave the building and is now in the hands of someone without scruples or morals that when you read these lines, instead of repenting, you will tear the paper away. In these circumstances, the word delinquent is too small for him “.

Finally, he alerted: “I leave as a message this dark story and the warning to be aware of certain people who cross every day in the corridor or hall and the obvious lack of minimal security in the building”.

Marcelo changed the lock on the apartment and reinforced the security of the door. Knowing that someone who knew her mother, an honorary member of the Historical Museum of the Republic of La Boca and a tango lover, took advantage of her death to rob her, causes her extra pain. “We can not believe it. It is low,” he laments.

The structural ERTEs will be financed with a fund that will be paid by workers, companies and the Administration

The local fans dismiss Yeclano with honors despite the cruel decline