Hiring planned for Easter fall 56% due to the perimeter closure 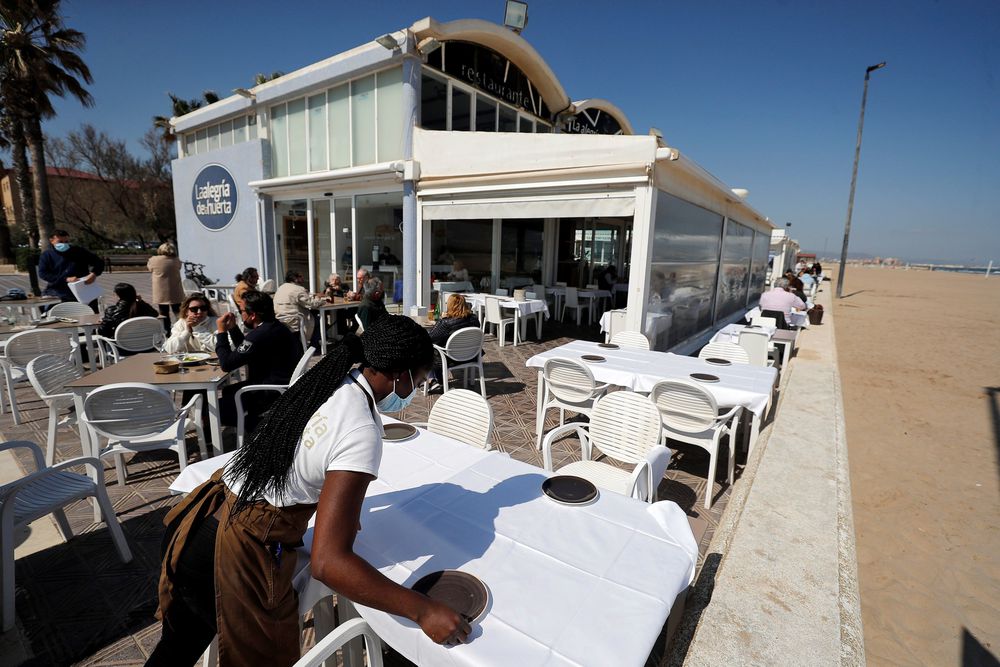 The decision to establish a perimeter closure by the autonomous communities – with the exception of the Balearic Islands, the Canary Islands, Extremadura and the Community of Madrid – during Holy Week as a firewall to the transmission of the coronavirus will generate a downward impact on employment contracts during this period. According to the human resources company Randstad, the drop in the signing of employment contracts for this cycle will reach 56% and will be even greater in 2021 than in 2020 – 1.6% higher – despite the fact that a year ago the Easter was diluted by confinement.

88,420 will be the contracts that will be signed in this cycle ―understood according to the holiday calendar between March 28 and April 4―, by virtue of the analysis carried out by the firm based on the data projected by the transport sectors and distribution, hospitality and entertainment, which traditionally registered more incorporations at this time.

The estimated figure is considerably lower than that obtained in 2019, when the barrier of 200,000 contracts was broken (200,748, exactly), the highest in the series since 2010. However, where the forecasts for 2021 take the worst color is in the comparison with the previous Easter, already in the middle of the pandemic, when 89,828 new registrations were agreed (+1,408). This situation, explains Randstad, is due to the fact that despite the fact that Easter took place in a State of Alarm, “the hiring began several weeks before, when expectations were not as negative as they are now”.

The upcoming employment scenario envisaged by the Dutch company is even worse than the one that occurred after the 2008 crisis. At that time, the number of hires ranged around 100,000, with ups and downs (99,226 in 2010 and 108,070 in 2011), but As of 2013, the curve did not stop growing until 2020, with the arrival of the coronavirus. “Restrictions on mobility and perimeter closures have ruined the few hopes that were had in Holy Week as a generator of employment and therefore, a booster of economic activity. Expectations in general are worse than last year, but some regions will improve their figures thanks, in large part, to the possibilities offered by the looser restrictions for the hospitality industry ”, assures Valentin Bote, director of Randstad Research.

The possibilities of accessing a job for the next few weeks also vary depending on the territory in which the search is carried out. Thus, while the communities of Madrid, Euskadi and Galicia will be the only ones to experience an increase compared to the 2020 supply (+ 3%, + 2.7% and 0.8%, respectively), others such as Andalusia (- 0.3%), Castilla-La Mancha (-0.6%), the Balearic Islands (-1%), the Canary Islands (-1.3%) and the Region of Murcia (-1.4%) will experience declines, yes , lower than the national average.

In the case of the islands, the territories in which the covid-19 has caused the most damage due to their dependence on tourism, its decrease will not be more pronounced thanks to the expected arrival of tourists (which if they come from territories with a high rate of cumulative incidence must present a negative PCR to enter). In absolute terms, the Randstad report shows that in Andalusia (18,950), Catalonia (11,920) and the Community of Madrid (10,480) will be where more professionals are incorporated, since between the three they accumulate about 47% of the total of Easter hiring.

At the same time, Randstad warns that the health instability and the almost inevitable improvisation that any change in the regulations would require will favor all those job seekers who present “high availability and rapid adaptation to the position”, as well as experience in similar positions and handles technological tools “because, in the current situation, remote work tools are very widespread.”

Music The controversial Gallagher brothers Liam and Noel have set up a production company, and the return of Oasis again seems possible

Battlefield 6 could come to Xbox Game Pass at launch

Restrictions Police are prepared to monitor possible restrictions on movement: there are clear bans on the need not to interpret people’s spending