Hillman: “Respect” is the key to Al Wasl’s superiority over Sharjah 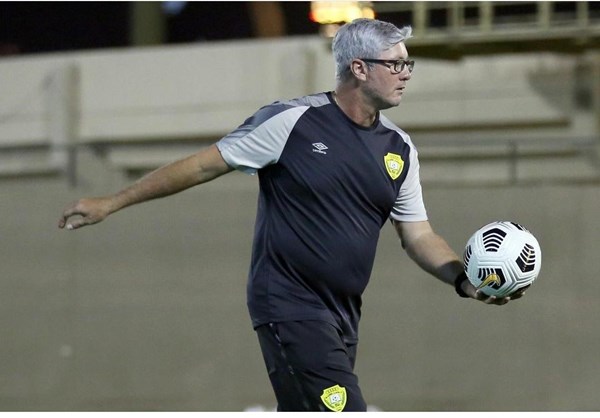 Brazilian coach Oder Hillman, Al Wasl coach, confirmed, in the introductory press conference to face Sharjah tomorrow (Saturday) in the Arab Gulf Football League, that his opponent has the quality and is still a strong team, despite the period of decline that he is going through. He said: We do not look at the team as a period. But in all respects, he is a competitor who has the quality, he must be respected, and give our utmost, in order to win.
Hillman believes that he has three main things until the end of the season, and said: In the short term, it is to focus on every game at its time, and try to win, and in the medium term, it is to try to occupy one of the first four places, and in the long term to continue planning and thinking during the appropriate time.
The coach stressed the importance of the history of the confrontation, and said: The reason for my acceptance of the leadership of the Al Wasl project is its long history in the country, and in Brazil we realize that every match is 3 points, but we also realize that the “El Clasico” and “Derby” matches have 6 points calculations. .

Putin responds to Biden's claim that he is a murderer: "I wish you good health."

Russian teen dies after a party in a rented apartment

Extremadura will have the first battery factory in southern Europe