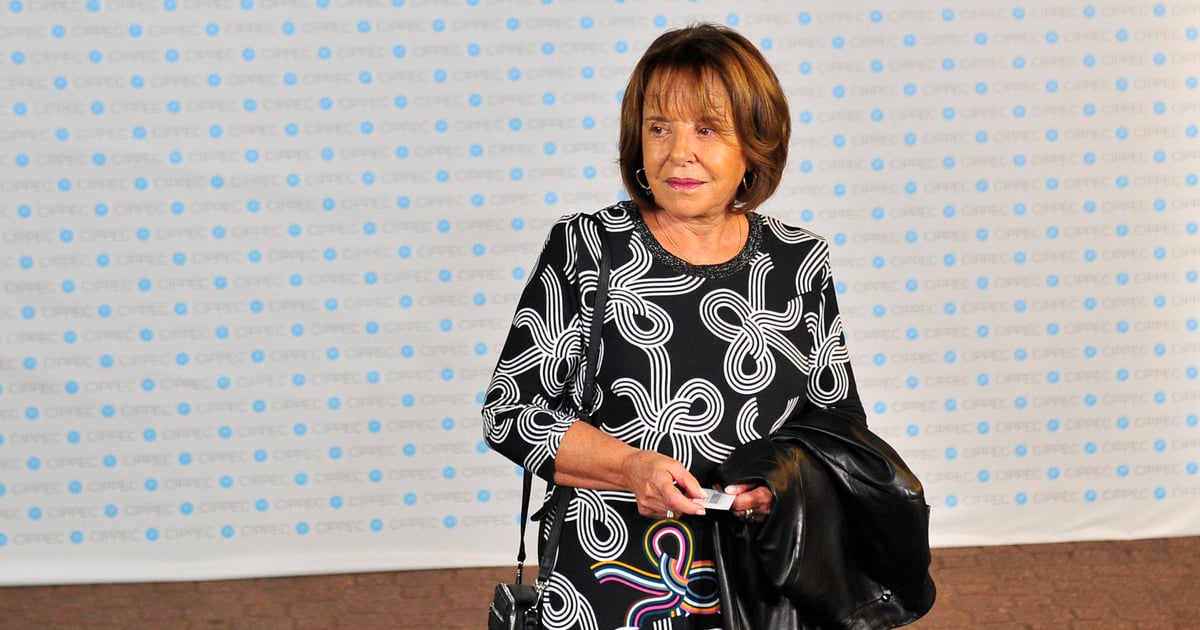 Hilda “Chiche” González de Duhalde assured this Tuesday that “does not feel” a “Vaccinated VIP”, despite having received the Russian medication against the coronavirus in advance, due to the parallel efforts they carried out in the Ministry of Health to immunize a select group of political leaders and businessmen.

After detaching herself from the scandal, the reference of Buenos Aires Peronism assured that she now wants to “regain the possibility” of speaking. “The possibility of saying not only what I think but what I know,” he warned.

“I don’t feel like a VIP vaccinated”, clarified the wife of former president Eduardo Duhalde before providing details on how he accessed the medication outside of the official protocol that was established to immunize the population.

During an interview on LN +, the historic Buenos Aires leader confirmed that it was Alejandro Costa, the second of the then Secretary of Access to Health, Carla Vizzotti, who attended his home in Lomas de Zamora at the beginning of February to apply the vaccine for her, her husband, her two daughters María Eva and Juliana,and the secretary of the former president Carlos Mao.

Details about how you got the vaccine

“It is true that they rang the bell. It was like that. It will have been two hours or less, that through Carlos Mao we found out that they were coming home. They called Carlos Mao telling them that they came and they came, they came home,” he said.

And he recalled that the envoy was Costa himself, undersecretary of Health Strategies. “Costa came and well, a bottle is defrosted, I did not know how many doses a bottle had. The truth is that I did not give it too much importance, it was a moment where there was a whole wave of anti-vaccines, which seemed to me that Sputnik was bad, And it seemed like a gesture to vaccinate Eduardo and me, because I am a COPD, because I am a heavy smoker, because I have only one kidney and because I was 20 days away from having surgery on my spine, it would be a hypocrite if I said ‘no, I did not get vaccinated ‘”.

Despite the scandal that was generated by these efforts, for which Ginés González García was fired from the Ministry of Health, “Chiche” Duhalde denied that it was a “privilege” to access medication in advance.

“I didn’t feel that way. I felt that I had to be vaccinated. What I did, later, the option, when I saw that there were more vaccines, I told Costa: Why don’t you get vaccinated? And he explained to me that you couldn’t get vaccinated because he had just had coronavirus. And I should have said: well, throw them away or take them, because it seems that once the vaccines are thawed, they are lost, “he explained.

The former senator for the Federal Peronism party indicated that this was her mistake. “There I was wrong,” he remarked, because he added that it was then that he summoned Mao and his daughters to apply the medication.

“I had two options: either they take them and throw them away or they use them. That was my mistake, that was what I consider my mistake, because in the face of so many errors, so many vaccines given in any way, in my situation I don’t know if having accepted was wrong. I don’t want to be a hypocrite, “he insisted.

And then he reiterated: “You have to be in the situation, I did not go to look for the vaccine, I did not ask that they come to give it to me “.

For “Chiche” Duhalde, the decision of those who included them in the list had to do with an attempt to put an end to the criticism that both Duhalde and she expressed against the government of Alberto Fernández.

When asked about the management of President Fernández, “Chiche” Duhalde did not hesitate to point out that he sees him “absolutely weakened”.

“I don’t know whether to call it groggy (As Eduardo Duhalde himself slipped it long ago). I think evidently every day it becomes clearer that Cristina (Kirchner) is the one who is leading the country and that he has fewer and fewer people from his team around him, it’s like they are taking away the men and women, or the bishops if we want to speak in chess terms. It seems to me that he is very weakened, “he described.

The leader assured that she received “many” comments on “acts of corruption in social matters.”

The message for Cristina Kirchner

And he took the opportunity to send a message to Cristina Kirchner: “First I would tell her that it is a pity that in a place like this, almost presiding over the Nation, she is only worried about her judicial situation and does not realize that this Argentina that has been blessed by all natural wealth, is increasingly subsumed in poverty, and that we do not deserve to be as we are “.

Followed, he completed: “And what the people have more and more anger, pain, anguish, anger and are more willing to fight, not with weapons but to defend their rights. And that I am going to accompany those people, because the most humble people are not resigned as they believe. People have to regain their dignity. She is defending only one thing, which is her personal situation and Argentina does not deserve that fate. ”

Other magazines Racism needs to be eradicated more effectively from sport

Ebanie Bridges, from the criticism for weighing herself in underwear to the shocking punishment she received in the ring