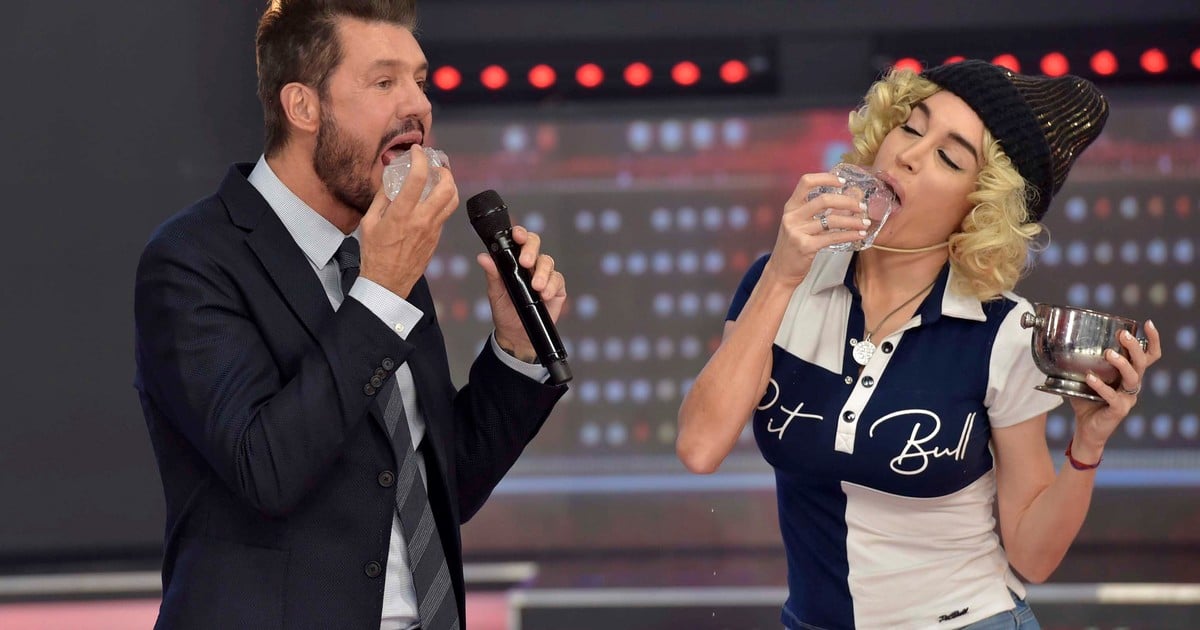 A hilarious moment was experienced yesterday, Monday, at ShowMatch (El Trece, at 9 pm). It was when Fátima Flórez imitated Maru Botana and, in a satire on the controversial video of the chef that went viral, sucked ice with Marcelo Tinelli.

A few days ago, Maru Botana was the target of all kinds of jokes on social networks as a result of a video that she uploaded to Instagram – and then deleted – where she was seen sucking an ice.

The recording of the cook went viral and generated countless memes. Not even Florencia Peña was deprived of making a joke on the subject.

Dressed as Moni Argento, her remembered character in Married with kids (Telefe), the actress and host emulated Maru.

Maru Botana filmed herself sucking on ice and the nets exploded. Photo: Instagram,

In her parody, Florencia, with the tone of voice of Moni Argento, while she dances cumbia and sucks the ice, and talks to her husband Pepe (played by Guillermo Francella).

“Pepe, a friend inspired me to send you this video, now that we are about to celebrate our anniversary. For you, Pepe, “says Flor, in the role of Moni.

Marcelo, Fatima and the ice

The theme of Maru and the ice continued last night in ShowMatch when Fátima Flórez burst into the studio, on skates and characterized as Maru Botana.

After walking the floor and speaking with the exact tone of the cook’s voice, the comedian played a comedy step with Marcelo Tinelli.

Ice bucket in hand, the Maru de Fátima invited the driver to suck ice with her and made jokes in reference to the Academy jury.

Between the fight and the sensuality

On a night of imitation of singers at La Academia de ShowMatch, the comedy segment starring Fátima Florez came after a very tough fight between Carolina Pampita Ardohain and Charlotte Caniggia. And, of course, as always happens with laughter, it served to decompress.

After the parody made by Fátima Flórez, the contest continued with the performance of Luciana Salazar, who, out of sheer sensuality, imitated the Australian singer Kylie Minogue.

In the closing, it was the horror: Julieta Puente wanted to imitate Ricky Maravilla but did not achieve it by any means.

In fact, at the time of the returns, the jury made up of Carolina Pampita Ardohain, Ángel De Brito, Jimena Barón and Hernán Piquín, was lapidary with her.