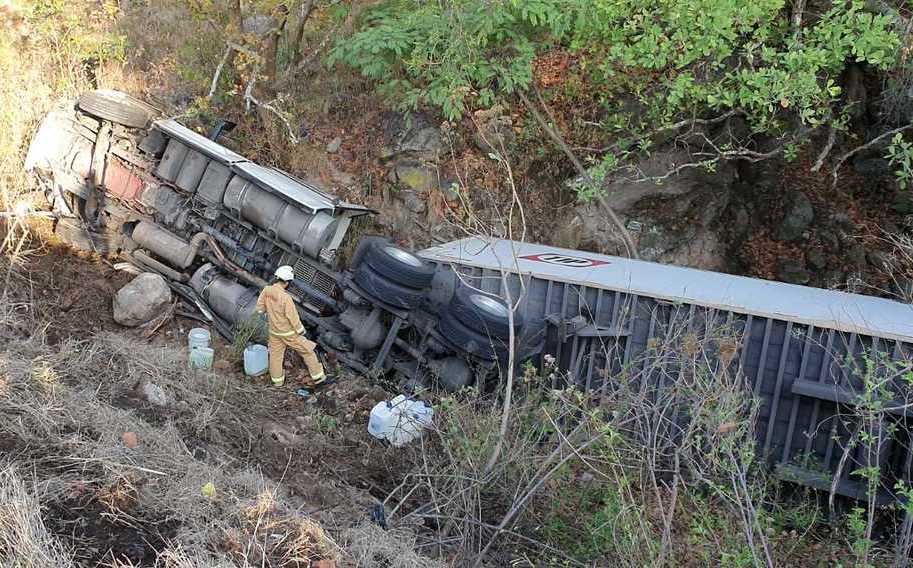 A trailer overturned in a ravine at kilometer 20 of the road to Colotlán in Zapopan.

From an early hour, the fall of a trailer into a ravine in the Milpillas area was reported. The emergency units were called in and came to the point to be able to help the tractor driver.

The Zapopan Fire and Civil Protection Unit reported that the 35-year-old man had no injuries because he was wearing a seat belt and held onto the steering wheel.

The driver mentioned that another heavy vehicle was going straight ahead in the direction of Zapopan towards San Cristóbal de la Carranca, at the moment of reaching the curve he invaded his lane and he tried to avoid it but the curve beat him and the trailer went towards the vacuum.

It was mentioned that to carry out the maneuvers to extract the vehicle it would require at least two cranes and close the road in its entirety for a few hours.