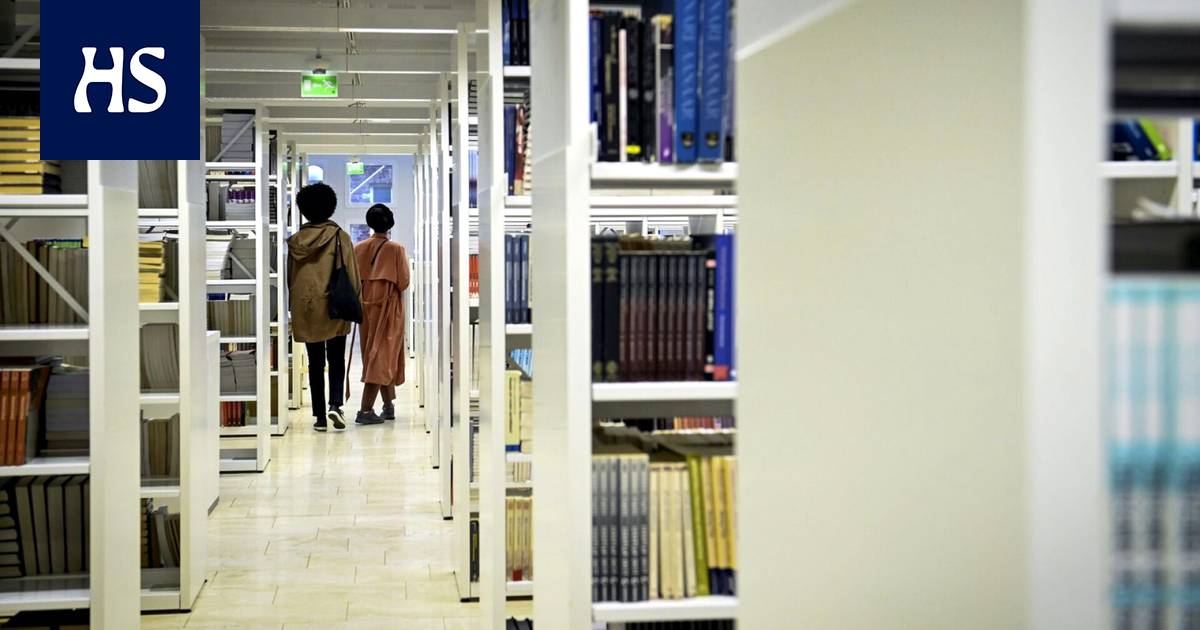 Only a few of the new degree students in higher education are selected to study on the basis of open university studies.

“At its best places fill up in two minutes. ”

A fairly small proportion of students are path students who compete at the enrollment rate and aim to become degree students. Pathway students usually take courses equivalent to the first year of study at an open polytechnic. A place as a degree student moves if the academic success is good enough.

Instead, more and more people are studying in a hobby without degree goals. During the pandemic, Xamki has grown in popularity, especially in the field of welfare studies, Toukkari says.

When pandemic arrived in Finland in the spring of 2020, many universities announced that they would open their studies free of charge.

Some continued to offer for the summer months, others still offer free studies. Usually, studies at an open university or polytechnic cost 10–15 euros per credit.

Teaching Adviser Ilmari Hyvönen according to him, free of charge clearly does not fully explain the increase in the number of services.

Course offerings has grown significantly in recent years, for example at the Jyväskylä Open University.

“In the sports sciences, the supply has clearly increased, as has in business administration and social work. The offer is also targeted at different groups, such as high school students, the unemployed and cities in the region, ”says the director of the Jyväskylä Open University. Jukka Lerkkanen.

The offer has also been taken up: last year, more credits were completed at the Jyväskylä Open University than at any other university.

In addition, the University of Jyväskylä coordinates the three years that have just ended project, which developed an open bus as a method of choice for the university. The development of the fairway was one of the goals of the student selection reform launched during the last government term.

In the project, for example, a study route open to economics was built, where 45 completed credits are enough to be admitted as a degree student instead of the previous one hundred.

In economics, a third of the starting places were reserved for those coming from the open bus this year. According to Lerkkanen, the share of those elected on the open bus in the entire university was about 10 percent this year.

“I would have liked more growth. I think the university has had other issues to solve, and there has been a struggle to survive with the epidemic. ”

Nationwide, a slightly higher proportion of new students in higher education is selected on the basis of open studies. The share of the bus as a choice is still small, about 6-7 percent.

In colleges there is no common goal of what proportion of new students should be selected on the basis of open studies.

A project that developed a pathway to universities report a share of 10-20% is recommended in those areas where the route is in use. However, the report also recommends that, as the route grows, the clarity and predictability of the selection methods should also be increased.

The Federation of Finnish Student Unions (SYL) is lined up, the share of the open university bus in all selected should not be increased to more than ten percent. According to the association, an open university should not act as a paid channel to circumvent the selection system.

Full-time open study can be financially demanding for a young person, as an open student is not entitled to a scholarship or loan. In addition, tuition fees must be paid.

Read more: Suvi-Aino Nieminen studied at the Open University for two years with commendable grades, and the place of study did not come off – The open route to the university is variegated and demanding

Although In recent years, open university studies have been marketed especially to young people, with slightly older working-age people still the largest group of students.

“The most typical student is a 45-year-old woman working in the social security sector who wants to improve her skills,” Toukkari says.

Director of Competence for Continuous Learning Anu Moisio You can see from Haaga-Helia University of Applied Sciences that working life in Finland is still quite degree-oriented. According to him, the basis for so-called micro-qualifications is already being created at EU level. Such could be the Study Units offered by the Open University, which are narrower in content than the usual degree program.

“Personally, I think you don’t necessarily need a new degree to get new skills.”

Moisio says that it is still partly unstructured for him, in which direction the role of open university studies in the development of continuous learning is to be taken in Finland.

“I think we need more discussion about what we train and what working life needs.”

Here, open university studies can be completed free of charge