High tension for the Super League in England 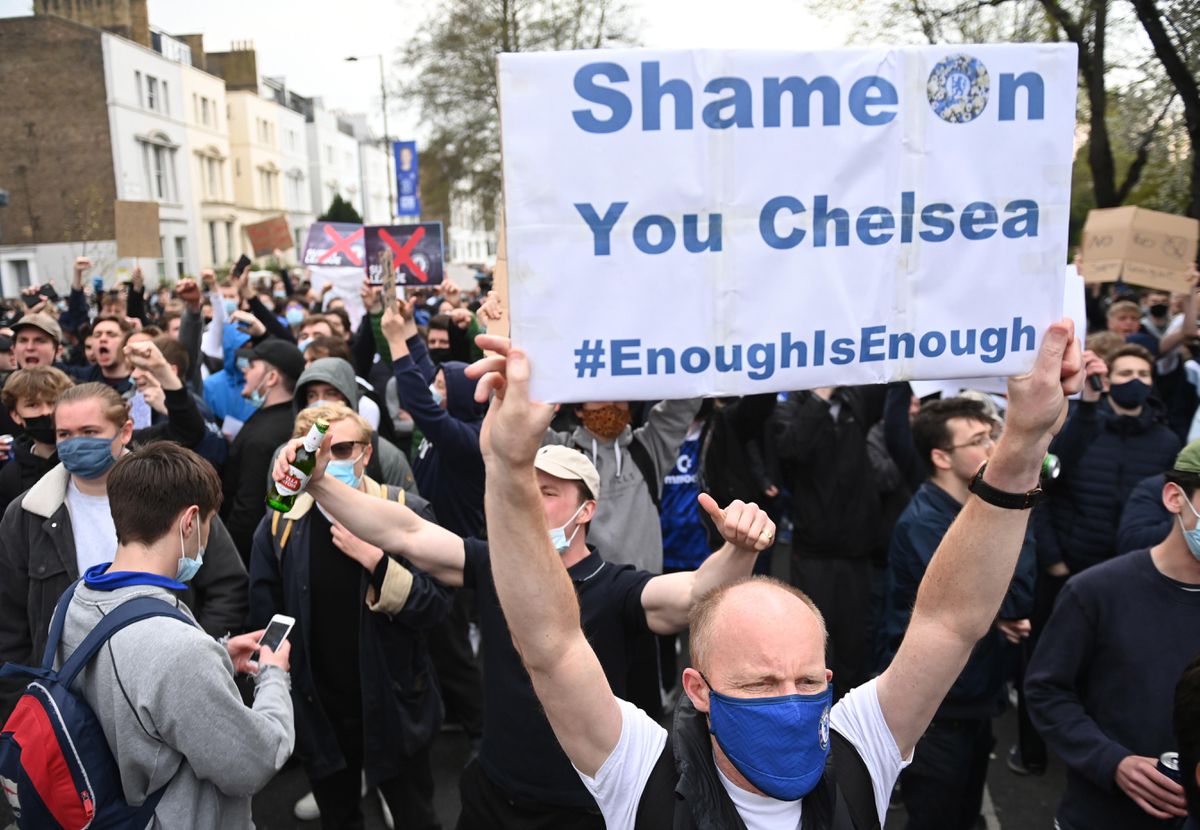 Boris Johnson has dedicated the same impetus that he had in his day to defend Brexit to combat the project of the European Super League, to which the six most important British clubs have joined. Two belligerent declarations in less than 48 hours, and an emergency meeting – this Tuesday – with the representatives of the English Football Association and the Premier League – together with their Minister of Culture and Sports, Oliver Dowden. Several fan associations from at least three teams joined the meeting. The conservative politician has promised his interlocutors that he will not rule out using a “legislative bomb”, if he deems it necessary, to prevent English teams from joining the new project. Manchester United, Manchester City, Arsenal, Liverpool, Chelsesa and Tottenham Hotspurs have announced their intention to launch, together with six other clubs, the new competition. “We have made it clear to them that no response measures are ruled out, and that the Government is exploring all possibilities, including new laws, to ensure that this project is stopped,” a Downing Street spokesman said.

The Johnson Government still trusts that the sports authorities themselves will be the ones to dismantle the initiative, as Dowden explained to British deputies in his appearance this Monday before the House of Commons, but admits that all the options that have begun to circulate in the British media they are on the table. For example, making it difficult for rebel clubs to obtain work visas for their foreign signings, or forcing them to pay out of pocket the huge security costs involved in deploying police officers during big matches.

The Labor Party, which has joined forces with the Government and is demanding a parliamentary investigation into the matter, has suggested that Britain’s competition authority, the Competition and Markets Authority (CMA), should question the legality of the rule announced by the founders of the Superliga, according to which only five teams could be selected each year on their own merits to enter the competition. “If the government is determined to fight it, it will have our support,” said opposition leader Keir Starmer, given the possibility that a new law may finally reach Parliament in urgent proceedings.

The Johnson Executive has gone as far as launching a general overhaul of the current structure of English football, through a commission to be led by Conservative MP Tracey Crouch, former Sports Minister. His opinion was crystal clear this Tuesday, when asked on the station TalkRadio: “They still dare to challenge their Premier League teammates to kick them out, to see if they could survive without them. It is very clear to me: Let them kick them out at once ”, said Crouch.

The general clamor among politicians and fans at a play that they consider the fruit of greed, and a betrayal of the historic tradition of English football, has made the owners of the clubs involved nervous. In principle, no one has yet taken a step back, but the newspaper The Times He pointed out this Tuesday that at least one of the teams is rethinking its incorporation to the Super League. The tabloid Daily Mail goes further and ensures that at least three clubs are beginning to have “serious doubts” about the correctness of their decision. Late on Tuesday, several British media were already pointing to Roman Abramovich’s Chelsea as the first to throw in the towel. Its managers would be preparing the necessary documentation to withdraw from the project. Dozens of fans gathered to protest at Stamford Bridge, ahead of the planned match against Brighton. The team’s players have warned the club’s president, Bruce Buck, that they will reject joining the Super League if it means that they are not allowed to participate in international competitions.

Manchester City manager, Pep Guardiola, has added his voice to that of dozens of players, commentators or those in charge – current or historical – of the sport who have rejected the project as unfair: “A sport ceases to be a sport when the relationship between the effort and success does not exist. It is not a sport if success is already guaranteed in advance, and it doesn’t matter if you win or lose ”, said Guardiola.

Marcus Rashford, the Manchester United player who managed to unite the country with his campaign to ensure free school meals during the time that the pandemic closed schools, shared a photo of the Old Trafford stadium along with a photo on his Twitter account on Tuesday. Quote from the legendary manager, Matt Busby: “Football is nothing without its fans.”