Hierro: “There may be a selection for this World Cup and the next one” 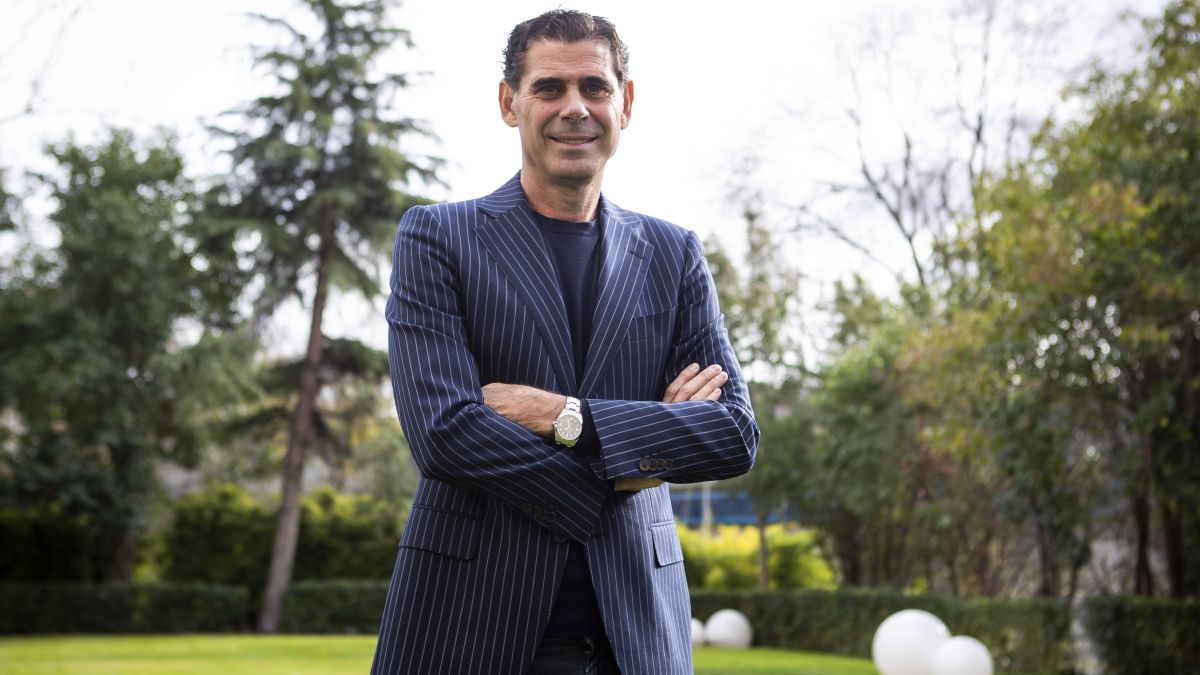 Tuesday night to Fernando Ruiz Hierro (Vélez Málaga, 53 years old) memories were accumulating in his head and nerves in his stomach. An explosive mix for a privileged person who played 89 games with the Selection, scored 29 goals, was present as a player in four World (1990, 94, 98 and 2002) and two Euro Cups (1996 and 2000); later he was sports director at the time of maximum splendor (2007-11 and 17-18) and finally coach in the World Cup 2018, the last great date of Spain before this Eurocup.

Fernando, they told me that he had a really bad time watching the game against Italy …

Like everyone. My illusion and I suppose that that of all the fans was to see the National Team again in the final of a great competition and we did merit for it, although later it was not given us on penalties.

“This Selection has the personality of Luis Enrique”

What conclusions is drawn from this Selection?

That we have an extraordinary generation, with a lot of talent. With a very good mix between those who have been around the longest and those who have premiered at this European Championship. I think it has been a great preparation for the World Cup. The experience they have accumulated in a great competition is very important for the nearest future and, in addition, they have reached a very good football level in recent matches. Overtime, penalties … come in handy to get to know this kind of competition. It will be of great use to you. They are hardening circumstances.

We can say that they have become men in a footballing sense.

Undoubtedly. They have become men, they have grown older. The way to deal with extensions is an example. Always going to win, regardless of the minute. At no point did they take a breath. It has been a very brave team, with very clear ideas and a fantastic coach. The work that everyone has done, even if they are not in the final, is extraordinary.

This Selection is how Luis Enrique is, always at the forefront, ‘echá pa’lante’ …

It was his first major competition with the National Team with all that that entails. It is not easy to be there. He also seems more sure of himself, of his ideas, of his players. With the passage of the games we have realized that he had been correct with the choice of players and in the decision-making. There is no doubt that this Selection has copyrights, those of Luis Enrique.

“We will realize how good it is when it is gone”

We arrived at the Eurocopa without a defined 11, without even a skeleton or a more or less fixed spine, as Luis Aragonés said. However, we come out with a more or less recognized block.

We leave thinking that we have scratched at a great level. The first two games, when everyone criticized the team, he disagreed. Sweden and Poland should have been won. I saw a Selection that knew what it wanted, serious, compact, that created many opportunities. The five goals to Slovakia, in addition, gave him wings, confidence and showed a way. I have always seen a Selection with the stamp of Luis Enrique. Then the results are the results and some players were left out due to injury, but we have realized that in this generation we can think for the next six years. This World Cup and the next one because of the age of the boys. There are only Busquets and Jordi Alba with a certain age, the rest can reach 2026.

Luis Enrique has come out stronger than anyone.

He has done what a coach has to do. We forget that Luis Enrique has won everything with Barça, Champions, Leagues, Cups … and he didn’t have anything to prove to anyone either. The only thing he has done is to confirm that he is an extraordinary coach with very clear ideas and the will to always carry them forward.

“Extra time, penalties … All this gives the players personality”

Has Busquets surprised you after a difficult season?

Busi never surprises me. He has become the father of all. He is the father of the nursery. He is a player that we will really remember when he is not around. What he has done in this European Championship is an example for everyone. COVID passed. He got up immediately, started to play … He is an example for his teammates, for his coaches, for those of us who are away. I can only speak of him from affection and admiration.

The other side of the coin is Pedri. With 18 years he has broken the door down.

It is very difficult to find a kid of that age with that personality. Has it all. He is talented, he knows how to play, he understands the game. It looks like he’s 30 years old. His physique is not that of a child his age. He has played every game with all his minutes. He is a boy who leaves an extraordinary mark, but you have to let him grow up in peace. He has taught a lesson in all respects. He has behaved like a veteran.

“Pedri has it all. He is talented, knows how to play and understands the game “

When did the penalties arrive, did you remember the one you shot at Euro 96, also at Wembley?

Sure! We went home when we were better playing. I gave a lot of laps to that penalty. I wanted to shoot hard, at the head of the goalkeeper. It was a difficult summer. But I also remembered the penalties in Vienna, the saves by Casillas, the last shot by Cesc. The important thing is that the team has offered a fantastic level and that the future can be viewed with optimism.

The controversy over the justice of the penalty shoot-out to decide the games has reappeared. Piqué says it’s not fair …

The games have to be ended somehow. Sometimes I have thought that they could end after the regulation 90 minutes and thus we would avoid extra time. The teams arrive very tired after the whole season and it is difficult to extend the energy of the players 30 minutes more. We have seen that in overtime many players had to retire due to muscle injuries. It has also been a special year with COVID. There was a moment when there was ‘the golden goal’ and after the tests it did not seem fair and it was removed. In the end, many times it is judged by the result of the penalties. If you are a champion you see them more fair, and if you lose, less fair.

On Tuesday there was controversy because Italy threw first and it is not known very well how the draw came out. It seems that Chiellini messed with Jordi Alba.

I liked to shoot the first of the team, others prefer the fourth or fifth. It is something psychological. I don’t give it that much importance. The important thing is effectiveness. It seems that if the one who shoots first misses, the other team is ahead on the scoreboard, but it is not like that, they also have to shoot and score. Coaches don’t have a fixed law either. There is something for everyone.