Hierro: Ramos is a true leader and role model with “the royal” and “the Roja” 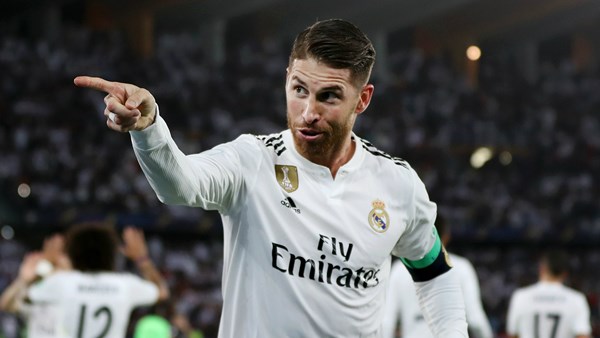 Anwar Ibrahim (Cairo)
The veteran Spanish defender Fernando Hierro, 53, and the legend of Real Madrid from 1989 to 2003, demanded that the royal club sign a new agreement with its captain and his defense, Sergio Ramos, because he deserves to end his football career in the club, which has achieved many championships and titles with him.

Hierro said: The place of Ramos in the history of the “Merengue” is not in doubt, as he played a key role in one of the club’s most successful periods. Ramos is close to the final weeks of his contract with Real, and the club’s management has not yet reached an agreement with him.
Hierro urged his former club to intensify negotiations with Ramos in order to continue his “Santiago Bernabeu” in the coming years.
He said: I want him to remain because of the value he represents for the club, and I hope that he ends his sports career here.
Hierro confirmed that Ramos is the most important player in the Spanish League, and that his importance in the “Roja” team is no less than his importance in the local competition, and he expected that he will shine in the European Nations Cup “Euro 2020”, which will be held next June.

Hierro said: By virtue of being a Madrid player and captain of the national team, he will contribute a lot, because he has all the qualities of the leader, which are required in any team, and I expect this year to be very special for Ramos because he is a star who is able to transfer a lot of experience to others, he is a role model and he will be a very important player. In the «Euro 2020».
It is noteworthy that Ramos has suffered a lot of injuries this season, and he was unable to defend Real Madrid’s shirt for long periods due to these injuries, as he only played 20 games in various competitions, in addition to being infected with the “Covid-19” virus.

Mohammed bin Rashid: The unification of the armed forces is a historic decision in the course of the Union State