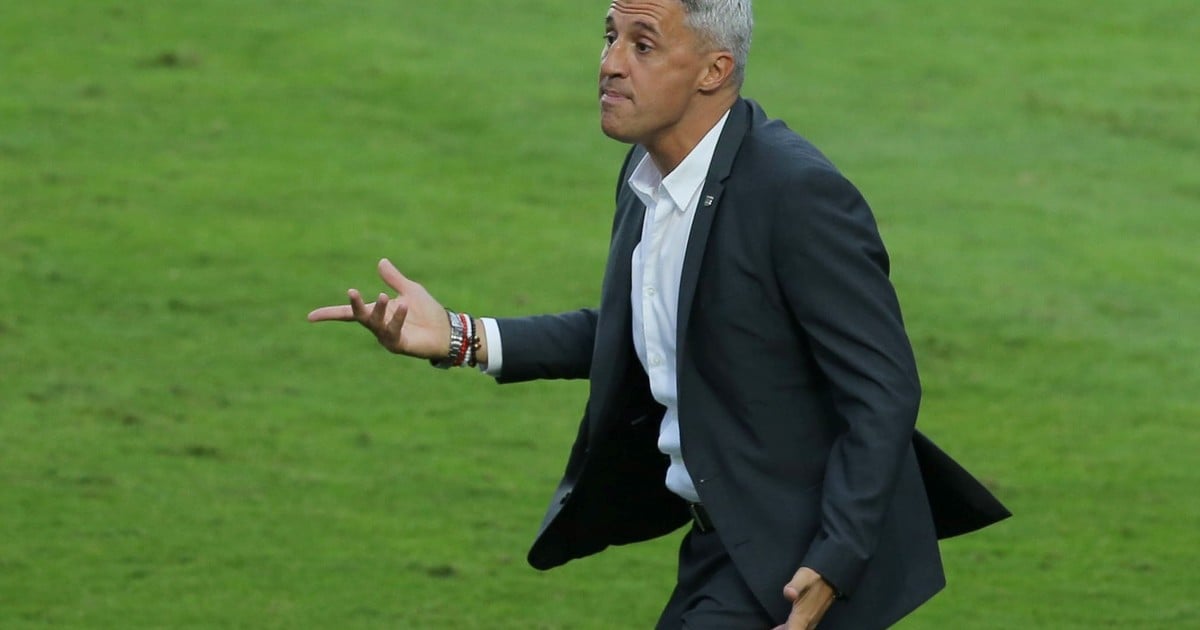 The Argentine coach of Sao Paulo, from Brazil, Hernán Crespo, tested positive for coronavirus this Saturday and was left in isolation, so he will not be able to lead the team on Sunday in the match against Ceará, for the seventh date of the Brasileirao.

“Crespo tested positive for Covid-19. He is already in isolation and assisted by the club’s medical department,” Sao Paulo reported through its social networks.

On Sunday, and for as long as his recovery demands, the DT will be replaced by Juan Branda, the institution added.

After starting with the coronation in the Paulista Championship, and before facing Racing for the knockout stages of the Libertadores, Crespo is going through a crisis in the team: in six dates for Brasileirao he could not win – he added three draws and three defeats- .

The covid does not yield

Brazil reported 1,593 deaths from the new coronavirus disease (COVID-19) in the last 24 hours, with which the total number of deaths in the country from the pandemic increased to 512,735, the Ministry of Health reported this Saturday.

Brazil is currently the second country in the world with the most deaths from Covid, only surpassed by the United States, and the third in terms of positive cases, behind the United States and India.

The South American country faces a second wave of the virus in 2021 that translates into an increase in cases and deaths and a health collapse, as most states are unable to serve the number of patients with Covid.

According to the Ministry of Health, Brazil now has a rate of 244 deaths per 100,000 inhabitants, while that of cases is 8,750 in the same comparison.