Here America – Peru: Castillo tries to stop the lawsuit against him with an appeal before the Supreme Court 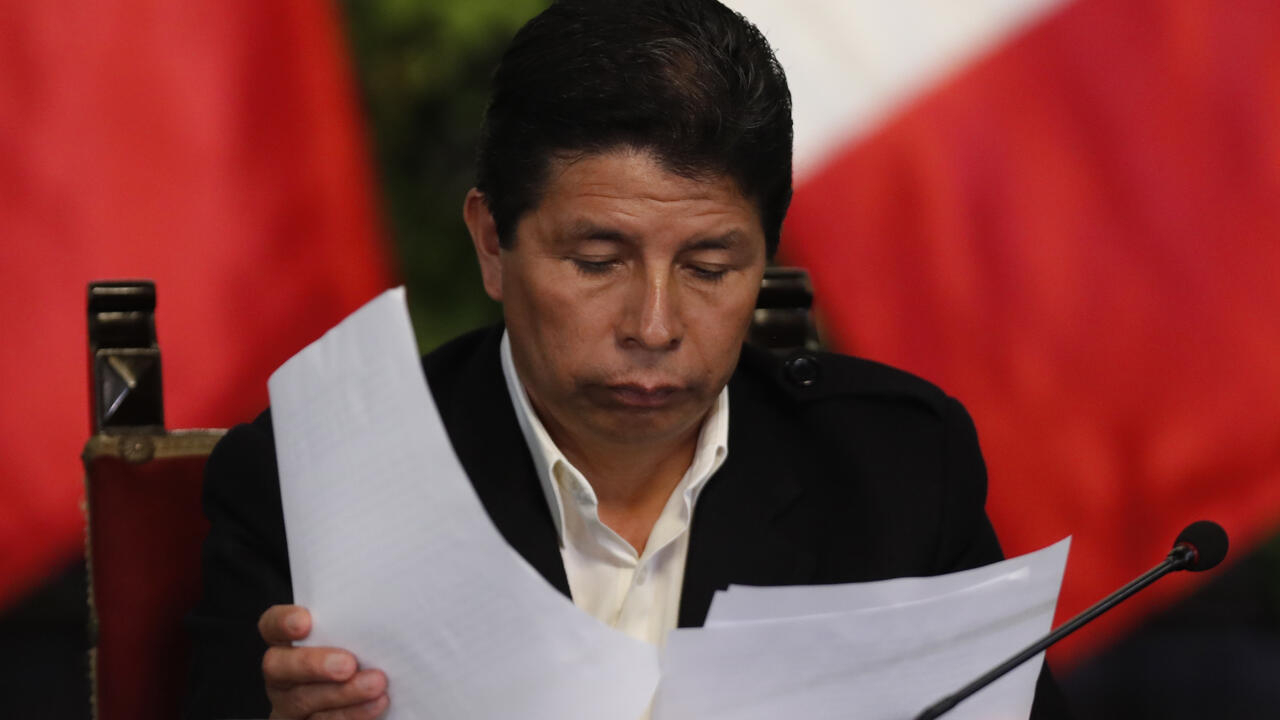 The defense of Peruvian President Pedro Castillo presented this Monday, October 17, an appeal before the Supreme Court of Justice of the country with a view to annul the constitutional complaint against him filed before Congress by the attorney general, Patricia Benavides, for the alleged crimes of criminal organization, aggravated influence peddling and collusion. The president’s lawyer assures that the act that seeks to remove him from office is “unconstitutional.”

Almost from the beginning of his term, President Pedro Castillo has been in a power struggle with Congress, which has twice invoked a vacancy motion against him in order to remove him, without success. To do so, he had made use of the mechanism that, according to the Constitution, allows him to be removed from power in case of “moral incapacity”, an ambiguous term that has been used in the past as a mechanism of political control, but which was added to the Magna Carta. originally in order to be able to impeach a dead or sick president.

In turn, the Attorney General’s Office initiated six investigations against Castillo without any of them being able to bear fruit because the president of Peru has immunity from being prosecuted unless he commits crimes of treason or against democracy.

For this reason, the lawsuit filed by prosecutor Benavides for crimes of corruption, influence peddling and collusion is so important, since it is a special procedure that applies exclusively to state officials and is protected by the Convention of the Organization of the United Nations against Corruption, not in the Peruvian Penal Code or in its Magna Carta. This fact is unprecedented in the republican history of the Andean nation.

As of Friday, October 14, Congress had ten business days to decide whether to proceed or not, so it is expected that this week it will issue its report announcing the future of the case.

In the appeal filed on Monday, the president’s lawyer, Benji Espinoza, stated that the measure is “unconstitutional” while Castillo had previously stated that it is a “new type of coup.”

In the midst of the struggle and after 14 months since coming to power, Castillo has spent most of his term changing his cabinet and has had no room for maneuver to address the real problems of the population, such as food insecurity, which according to FAO is the largest in South America.

The political entanglement and the struggle between the Legislative and the Executive translates into a strong disaffection on the part of the citizenry: according to the most recent survey by the Institute of Peruvian Studies, Congress has 84% ​​disapproval and Castillo 65%.

Friend of the Little Mermaid! Take advantage of a water pipe to bathe in the street (VIDEO)