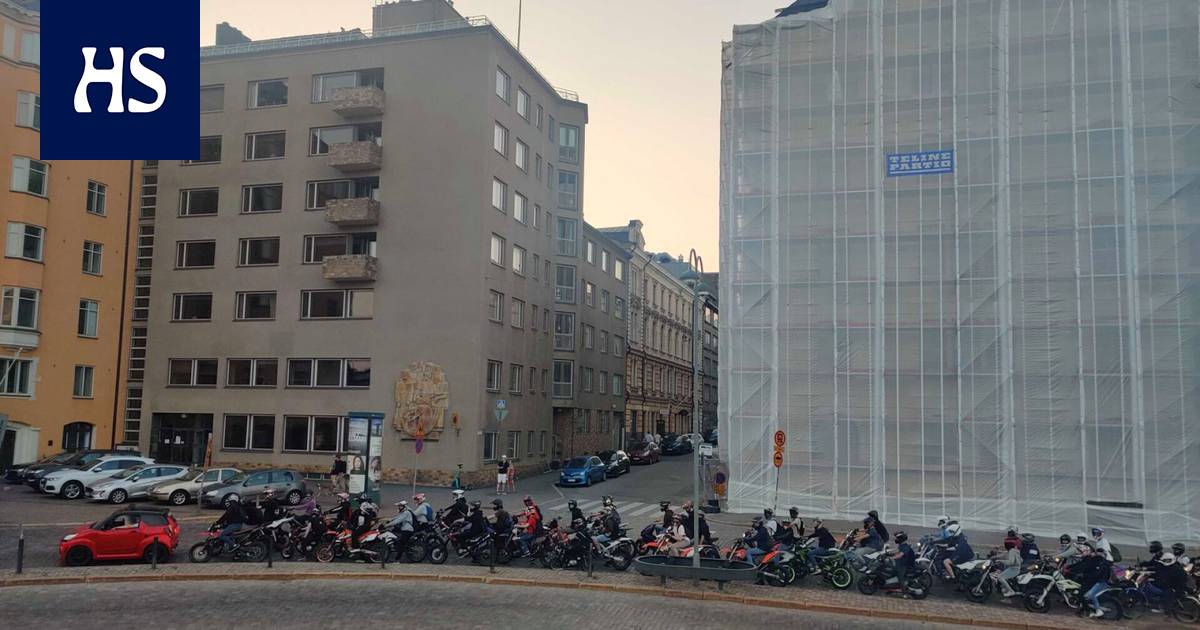 According to the Helsinki police, moped riders have not caused any problems, at least so far.

Helsinki a group of hundreds of moped riders starting from Vantaa is moving in the city center.

The so-called moped runner, who left Vantaa, has gathered hundreds of young moped riders together on Saturday night.

Helsinki Police Commissioner Tuukka Skottman says police are monitoring the situation, but so far moped riders have not been a nuisance to traffic.

“Right now, they’re in a meltdown at the Market Square,” Skottman says at about 10:30 p.m. Saturday night.

Skottman says young people have, at least so far, complied with traffic rules and the law, and have not caused “major problems”.

“Of course, in such gatherings of young people, the police always make sure that there are no excesses.”

According to Skottman, young people organize mopeds at a steady pace, but often they do not reach the center of Helsinki.

As this is not an convened event, but a crowd gathered in traffic, the police cannot intervene in favor of coronavirus restrictions.