Helle | Sweaty summer heat is particularly troublesome in some areas of Helsinki – such is the “heat island phenomenon” that haunts certain parts of the city. 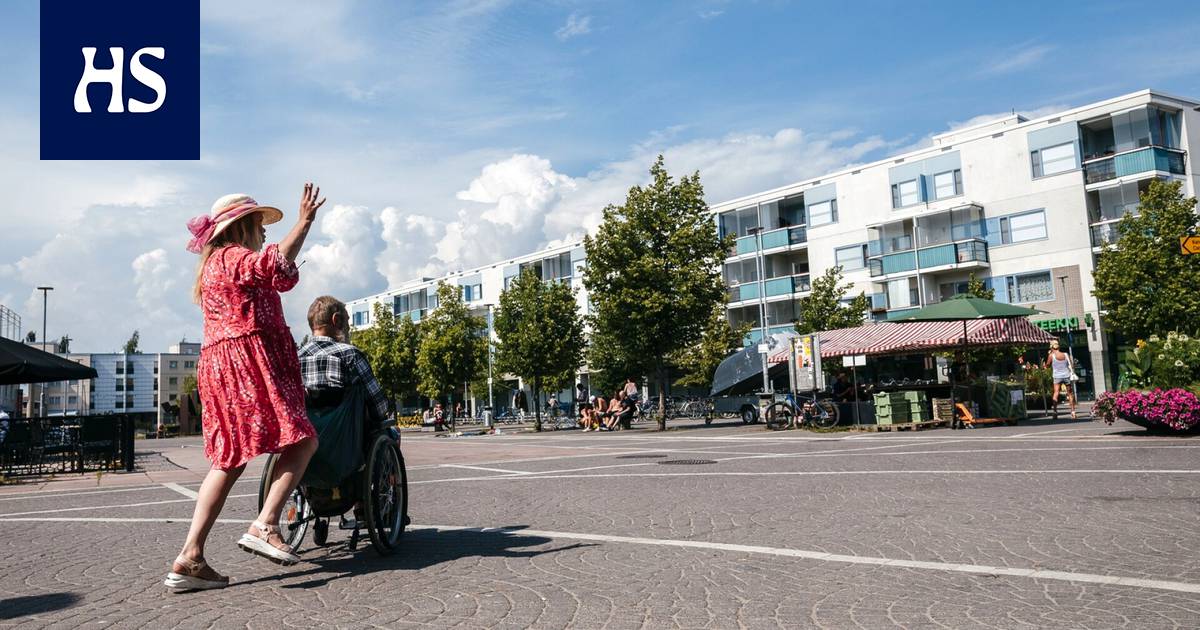 The formation of thermal islands would be relatively simple to prevent.

Summer the city has been extremely hot this year. In some residential areas of the city, it is hotter than in others.

Temperature differences in residential areas are explained by the so-called heat island phenomenon. It forms thermal islands in the city, where the temperature is higher than in the surrounding areas.

“This is the case, for example, in the center of Helsinki from Kaivopuisto to Kallio,” a researcher at the Finnish Meteorological Institute Achim Drebs says.

The heat island phenomenon also occurs in winter, but then the reason for it is different. In winter, heat islands are created from, among other things, the surplus heat generated by buildings.

The phenomenon heated by the heat island phenomenon also heats homes hotter. In the picture, Maria Jaakkola cools herself with wet caftan in her home office. Picture: Antti Yrjönen / HS

Helsinki in addition to the city center, islands are also formed more locally in the centers of different districts. For example, in Herttoniemi, Itäkeskus, Malmi and Pitäjämäki, the meter reading may rise higher than the surrounding areas.

An open paved space surrounded by tall buildings is, according to Drebs, a good example of an area where an island is easily formed.

“Such is, for example, the market area north of Malmi station,” he says.

Climate Guide according to the heat island, the larger the city in question and the taller the buildings in relation to the width of the streets, the stronger the island. The building materials of the houses also affect the strength of the island.

“For example, a brick building is significantly warmer than a wooden house,” Drebs points out.

Usually the temperature difference is a few degrees outside, but even greater inside.

“If the temperature is 30 degrees outside, for example, it can be 35 degrees or more indoors.”

No therefore, it is no wonder that the atmosphere at home or in the office may be sweating as the weather continues.

HS previously reported that several heat records were broken in Finland on Wednesday. The highest temperature last summer, 34 degrees, was measured in Heinola on Thursday.

Read more: Maria Jaakkola from Töölö ended up with an extreme solution: working in a wet caftan in a cold water tank – The photo series shows Helsinki’s roaring home offices

Solar radiation stored in structures is not released in an instant.

“After the heatwave ends, it can take several days before the building has cooled to the point that it is tolerable to be there,” Drebs says.

To the thermal island phenomenon can be influenced by urban planning, for example, by favoring building materials that store less heat. Parks and parks also prevent the emergence of islands.

At the moment, the coolest places in Helsinki are probably shady park areas, such as Alppipuisto, where there are no buildings.

“The biggest benefit would be that the parks would not only be here and there, but would be left in long strips through the city. This would build so-called greenways, ”says Drebs.

At the moment, the coolest places in Helsinki are probably shady park areas, such as Alppipuisto, where there are no buildings. Picture: Antti Yrjönen / HS