Heavy robots: Little Big starred with a horned one, Coldplay – with holograms 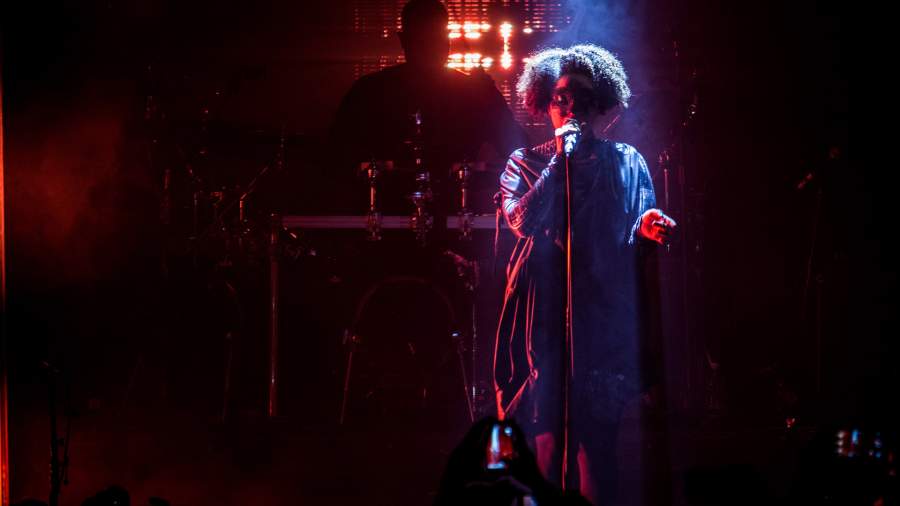 Little Big borrows the repertoire of Nadezhda Kadysheva, the leader of Massive Attack returns with new songs for fellow Tricky, and Chris Martin goes for a walk in the futuristic city. Izvestia has compiled a tracklist of the week.

Single of the week

The cult band Massive Attack releases new records extremely irregularly. The last LP dates back to 2010, and the experimental EP Eutopia appeared a year ago, but its musical component was much less interesting than the visuals and concept. And finally, a single has been published, which may well quench the Massive Attack fans’ thirst for fresh tracks. True, Pure Heart is not released under the band’s brand, but as a solo work by the permanent vocalist-colleague of MA and Tricky – Martina Topley-Bird (her voice sounds on the tracks Babel and Psyche from Heligoland). But it was Robert Del Naya (3D), the leader of MA, who wrote the music for her.… And in terms of sound, this is absolutely typical work for Bristol trip-hoppers, which would organically look within the framework of their “official” creativity.

The digital release includes three tracks. The first, which gave its name to the entire EP, showcases the trademark dark beat and beautiful melody in Martina’s instantly recognizable performance. The second is more meditative, although here all the usual components are present. And the final number surprises with rich samples of strings, which, however, 3D uses with excellent taste.

Clip of the week

Coldplay released the first single from their upcoming album back in May… But the full video was delayed until June 8th. Presumably, the graphics were completed, since visually, Higher Power is comparable to cool computer games and blockbusters.

In a four-minute clipdirected by Dave Meyers (who directed Billie Eilish’s Bad Guy) the band’s frontman Chris Martin walks around the futuristic city, dances with holograms and robots and sets running records. The latter, however, looks frankly cartoonish, and it remains to be seen whether the authors deliberately sought a humorous effect or simply could not draw the scene more realistic. But otherwise, everything was done very cool, and it’s hard to even imagine what budget was spent on it.

Although, what’s the difference? Coldplay are so popular they can afford it. And the new song deserves not to be economized on it. There is a bright chorus, and effective electronic accompaniment surprisingly combines a futuristic sound with a distinct retro flavor.

It remains to wait for the new album, but neither the tracklist nor even the name has been made public yet. Intrigue!

Album of the week

As soon as the hype around Little Big subsided, Ilya Prusikin and Sofya Tayurskaya brilliantly warmed up the public’s attention by recognizing their relationship. And, as it turned out, the moment was not chosen by chance: the group was preparing to release their new album Covers and the clip Everybody.

True, this five-track release can only be called an album with some stretch, but every number here is a hit. Covers is a collection of remakes of songs from the 1990s. The merit of Little Big is that they twisted the pop of these compositions to the limit, turning the ingenuous sticky melodies from their own childhood into examples of modern postirany. The pearl of the selection is “The Witch” by Nadezhda Kadysheva and the “Golden Ring”, turned into a carbon monoxide rave with samples of the voice of Kadysheva herself.

But no less spectacular are the foreign Barbie Girl and Mamma Maria, which sound absolutely like the work of Little Big themselves. Against their background, the starting Everybody Backstreet Boy is even a little lost, although using the bleating of a goat is an effective solution. But then the clip came to the rescue. In addition to the aforementioned horned “backing vocalist”, it features gnomes mining bitcoins, a dragon flying dracula, and Cinderella-Tayurskaya.

The cover of the disc reminds us that Covers should not be taken seriously: in the famous picture from the Nirvana Nevermind album, the floating baby is replaced by a naked Anton Lissov.

Broadcast of the week

The 800th anniversary of the birth of Alexander Nevsky is celebrated in Russia on a state scale. The musicians did not stand aside either. In the Great Hall of the Conservatory, within the framework of the Born by Russia festival, a multi-genre performance was shown, telling about the prince’s deeds with the help of music, cinema and actor recitation. Organist Yevgenia Krivitskaya was the author of the idea and soloist, Pyotr Tataritsky was the director, screenwriter and reader.

They represent Nevsky not only as a ruler and commander, but as a saint: the religious significance of the figures is reminiscent of the icons projected on the movie screen, which obscures the facade of the famous Cavaille-Coll organ. However, viewers hear the voice of the restored instrument more than once. So, in the arrangement for him sounds “Dance of the Knights” from “Romeo and Juliet” by Prokofiev – and this audio illustration for the scene of the Battle of the Ice from “Alexander Nevsky” by Eisenstein turns out to be very useful, recalling the desire of the crusaders to convert Russia to Catholicism and illustrating them heaviness.

Modern music has not been forgotten either – works by Laura Quint and Sergei Yekimov, performed by the chorus and soloists of the Nizhny Novgorod Opera and Ballet Theater under the direction of Alexander Toplov.