Heavy rain leads to economic losses of millions in China 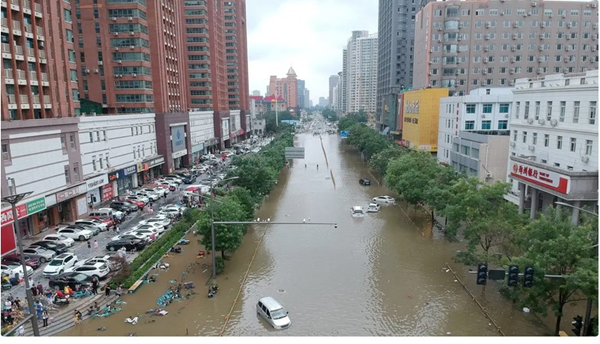 More than 80,000 people have been evacuated due to heavy rains and floods in southwest China’s Sichuan Province, state media said on Monday.

The official China News Agency said the floods affected more than 440,000 people in six cities in the province.

China’s state-run CCTV television reported on Saturday that the torrential rains have already caused economic losses in Sichuan worth 250 million yuan ($38.57 million), in addition to destroying 45 homes and causing severe damage to 118.

China usually experiences the highest rainfall in the summer.

Henan Province in central China witnessed the worst rainstorms in recorded history, with 19 weather stations in the province recording the highest daily rainfall ever.

The Chinese Meteorological Bureau said the floods killed more than 300 people, most of them in the provincial capital, Zhengzhou, which in just three days saw the equivalent of one year of rain.