Heavy air raid on the Ukrainian city of Lviv 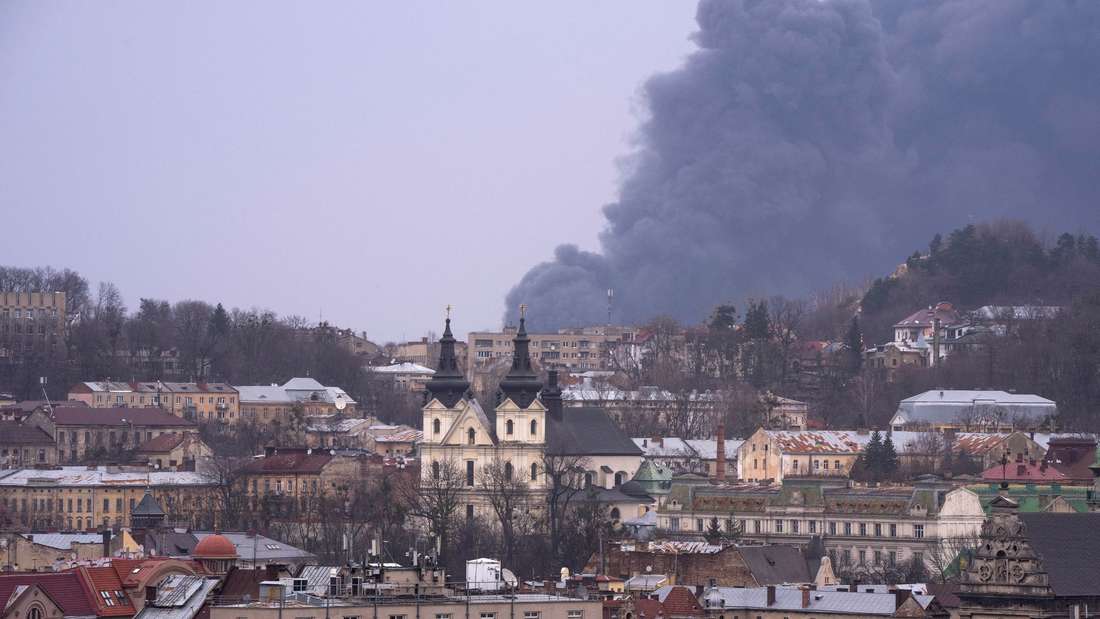 A thick cloud of black smoke hangs over the western Ukrainian city of Lviv. So far, the city had seen few attacks. Now she has been hit by Russian missiles.

Lviv – The western Ukrainian metropolis of Lviv (Lemberg) was hit by Russian rockets on Saturday. The regional military administration reported three violent explosions on the eastern outskirts of the city.

A thick plume of black smoke could be seen in the sky. A fuel depot was hit, said Mayor Andriy Sadowyj. He spoke of five victims without giving any further details. Civilian infrastructure was not hit.

The air alert is not over yet, Sadowyj wrote on Telegram. He called on people to stay in shelters. No photos or videos of the attack should be distributed.

Attack as a warning to Biden?

The city, around 80 kilometers from the border with NATO country Poland, has only experienced a few attacks so far. However, around 200,000 refugees from other parts of Ukraine are staying there. A massive Russian airstrike hit the Yavoriv military training area near Lviv on March 13, killing 35 people according to Ukrainian sources. In Yavoriv, ​​Ukrainian soldiers had trained with Western instructors in recent years.

Ukraine: Russian troops have supplies for only three days

Biden visited the Polish city of Rzeszow on Friday as a political signal. From there it is about 90 kilometers to the border between NATO country Poland and Ukraine. “I think that’s a kind of warning to Biden,” Ukrainian security expert Anton Herashchenko commented on the airstrike. At the end of a trip to Europe, Biden wanted to speak to Poles and Ukrainians on Warsaw’s Castle Square. dpa

Halo Infinite, the improvements of the Campaign in a video comparison with the 2020 version