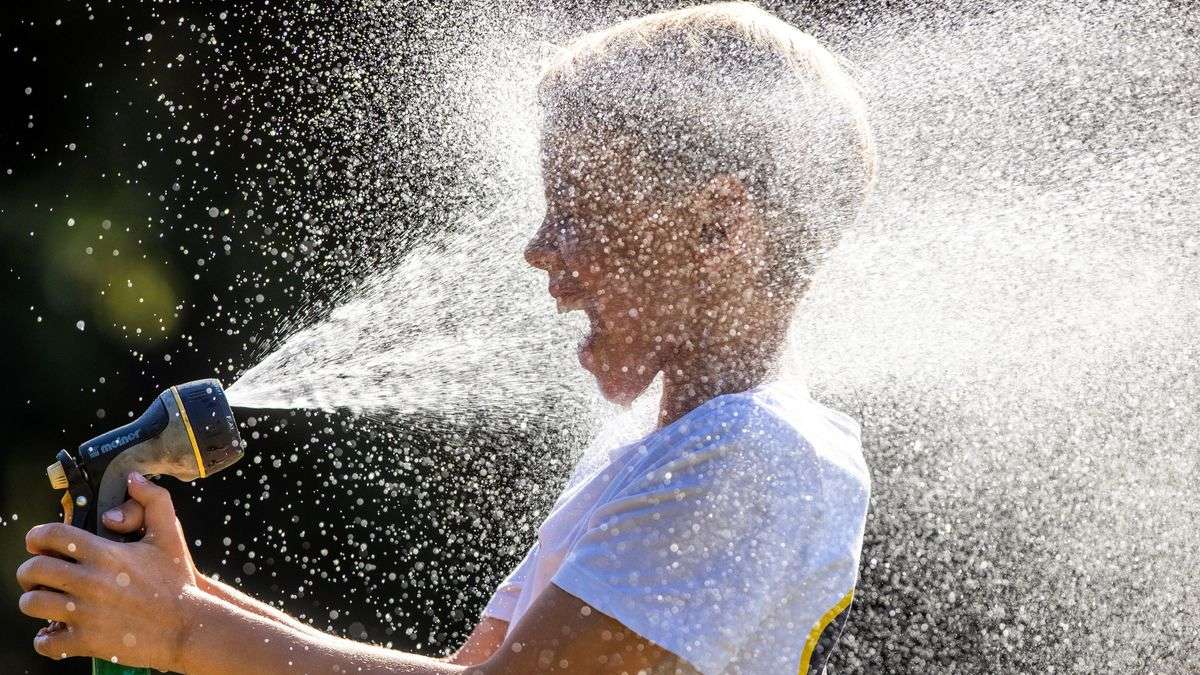 It’s finally getting really summery in Germany. The forecasts predict high temperatures. Responsible is a high called “Elfi”. But how long does it last?

Offenbach / Munich – People in the southern half of Germany can look forward to temperatures of up to 28 degrees on Tuesday. In the northern half there are still showers and thunderstorms. But the weather forecasts give hope for real midsummer. From Wednesday it should be “increasingly warmer”, according to the German Weather Service (DWD). Hoch “Elfi” brings summer to Germany. Insane temperatures like in Italy will not exist in this country – but according to an expert, Germany is also scratching the 40-degree mark.

“It will be hot to very hot in the coming days,” said graduate meteorologist Dominik Jung from the weather service Q-met to the weather portal wetter.net. In this context, the weather expert speaks of a “heat wave”. Because “by definition, one speaks of a heat wave from three days with at least 30 degrees and more,” he explained. The latest weather calculations would forecast heat especially for Sunday (August 15th). Then between 36 and 38 degrees could be possible in the east. “Suddenly we’re jumping pretty close to the 40-degree mark,” says Jung.

Hoch “Elfi” ensures summer temperatures throughout Germany – “From now on”

High “Elfi” is responsible for the summer temperatures, explains Dominik Jung wetter.net. This is also reported by the German Weather Service (DWD). As a result, the high pressure area “Elfi” over the south of the country is causing rising temperatures. So is the end of the changeable rainy weather of the past few weeks? “In the coming days, Elfi will also be stretching out her feelers towards northern Germany,” a DWD meteorologist predicted on Tuesday in Offenbach.

The result: the south cracked the 30-degree mark on Wednesday, the maximum temperatures in the northern half climb to values ​​between 20 and 25 degrees. On Thursday and Friday, temperatures across Germany range between 26 and 33 degrees. “So midsummer still catches us after all and that with the delayed dog days. From now on the heat is suddenly there, ”said Jung, referring to the upcoming weather in Germany.

Nevertheless, caution is advised, “because there can still be heat thunderstorms […] and they can be really severe in places, ”warned Jung at the weather portal. Hail, squalls and heavy rain are then possible. How long the heat remains, however, seems unclear. If you follow the American model, we could still enjoy summery weather on Monday. According to the European weather model, the great heat could already be over on Sunday, explained Dominik Jung. (mbr / dpa)