Healthcare Medical Association: There are too few thousand doctors in public health 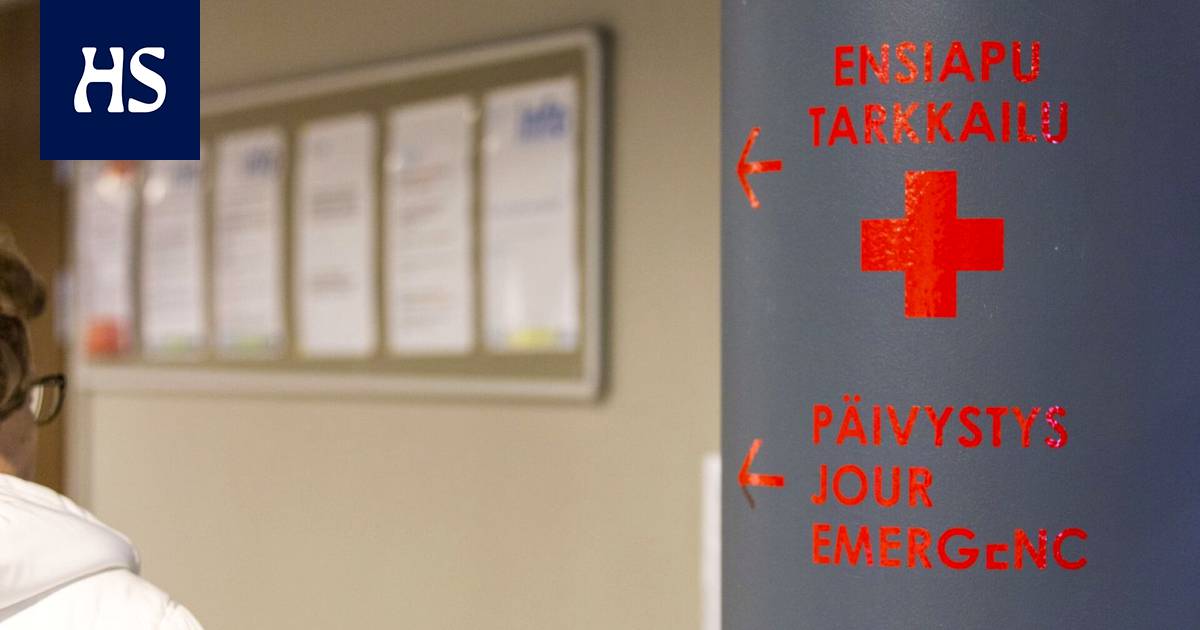 The chairman of the association, Tuija Rajaniemi, says that public health care in Finland would need more resources in order to get more doctors there.

Medical Association According to him, about a thousand doctors work too little in Finnish public health care. A recent memorandum from the union states that there is a shortfall of 300 full-time doctors in public primary health care and 600 in specialist care. In total, this would mean the need for about 1,050 doctors.

The figures are based on surveys sent by the association to employers about vacant medical positions in Finland.

As a solution to the doctor shortage, it has been proposed that more doctors be trained in Finland than at present. However, the association states that the increase in training in the sector will not be reflected in the labor market until a delay of six years at the earliest.

The graduation of a specialist is still much later, on average 14–15 years after starting studies.

According to the association, the number of doctors has also been growing throughout the 21st century. In 2018, there were more than 21,000 doctors of working age in Finland. The number has increased by about a third since the turn of the millennium, or 5,000 doctors.

Medical Association chairman Tuula Rajaniemi According to him, Finland would need other means than increasing the amount of training in order to address the acute shortage of doctors.

“Currently, there are too few posts in primary care in relation to the amount of work. In addition, the work on the public side should be more attractive so that doctors are committed, ”says Rajaniemi.

“For example, support staff, such as secretaries,” should be made available to the public side more than at present. The work should also be flexible.

Rajaniemi according to it, better job flexibility draws doctors from the public to the private. For example, the private sector has more influence on working hours and own patient numbers.

The level of salaries of doctors is not, in his view, a key issue in the attractiveness of private health care.

“I have not received such a message that lower salaries would push doctors out of primary health care, for example,” says Rajaniemi.

“Personally, I see that if there are things well and enough people in primary care to do the work, the pull out of it isn’t that hard.”

In part, the shortage of doctors in public health is a geographical problem. For example, some small communities find it difficult to attract highly educated people.

“It is generally quite difficult for remote areas in Finland to get an academically educated population,” Rajaniemi said.

“On the other hand, even in big cities, there is a shortage of primary care physicians. Then again, in smaller neighborhoods, there may not be a shortage at all. I can’t say exactly why this is. I would think it is a matter of satisfaction with working conditions, the amount of work and management. ”

To the doctor’s deficit attention has also been paid to the prime minister Sanna Marinin (sd) in the government program. According to the program, the goal of people having faster access to care can be achieved by adding about 1,000 doctors to primary health care.

However, the government points out that the implementation of the increase will require “sote centers to be more attractive jobs throughout the country”.

According to the Medical Association, no resources have been allocated for the addition of a thousand doctors. Chairman Rajaniemi states that more resources, ie money, would be needed for both education and health care if more doctors were to be trained.

“First, there must be posts for trained doctors. Very few of them have been established in Finland recently, ”says Rajaniemi.

“If we talk about the need for more doctors, we have to consider whether Finland is ready to invest more than nine per cent of the gross domestic product (GDP) in health care.”

Health jAccording to statistics from the Finnish Institute of Welfare, Finland and Iceland are the only Nordic countries where health care expenditure is less than one tenth of GDP. The information is from 2018.

According to Rajaniemi, medical training in general should be considered in relation to future needs.

“The discussion should focus on what the need for doctors is in the longer term. If the amount of training is increased, there must be sufficient resources for training. With the current resources, it is not possible to increase training places, ”says Rajaniemi.