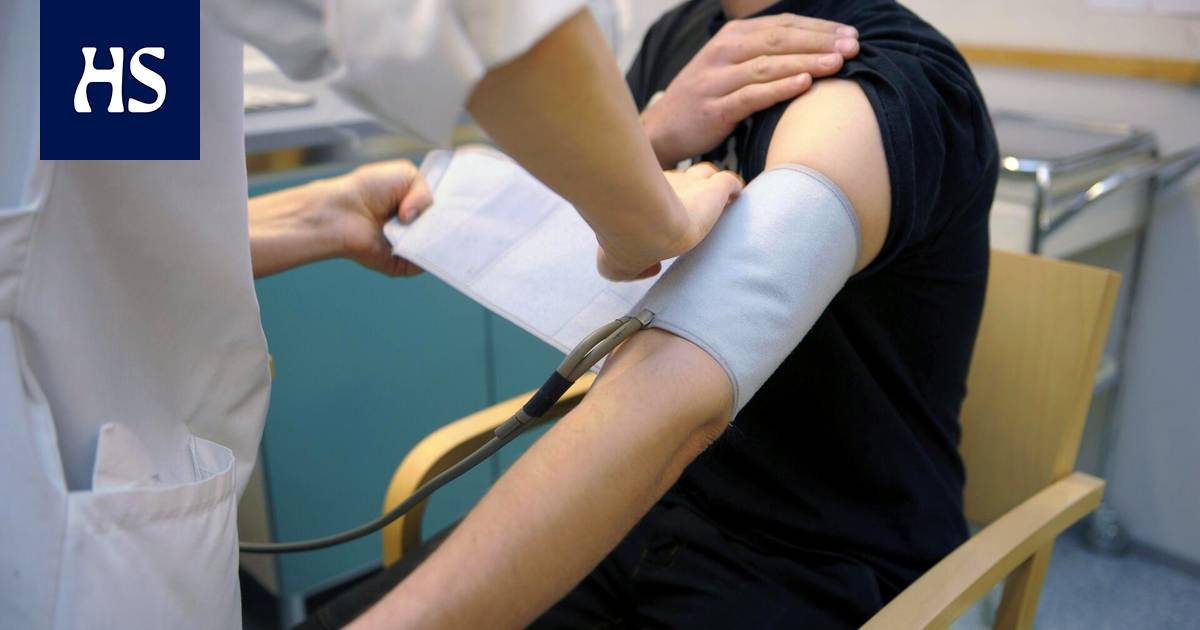 Finns again, the most common reasons for seeing a health center doctor were hypertension, back pain, and upper respiratory tract infections. Statistics from the National Institute for Health and Welfare (THL) show that the reasons have remained the same for several years.

According to the 2020 statistical report, more than 100,000 people met a health center doctor due to hypertension.

The single diagnosis that caused the most visits to the same patient was an forearm fracture. Special designer at THL Nora Hauhion according to the forearm fracture is reflected in the statistics due to the control visits it requires.

At the nurse’s or nurse’s office, the most visits per person were caused by drug use. The client applied to the reception an average of 26 times a year due to drug use. Drug use was recorded as a reason for a total of 1,052 clients. According to Hauhio, the high number of visits to drug use is likely to be affected by substitution treatment.

“The client visits the substitution treatment several times at the reception.”

Statistical report According to the Commission, there are still gaps in the recording of the reasons for medical visits and diagnoses, and there are regional differences in the coverage of records. In 2020, a total of 71 percent of outpatient doctor visits had a diagnosis or reason for a visit. However, in a third of health centers, more than half of the visits went unrecorded.

THL’s Nora Hauhio says that the statistical report does not reveal the reasons for the variations in book coverage, but attempts have been made to influence the matter.

“We have tried to pay attention to it and emphasize that everything should be recorded,” Hauhio says.

Failure to record a diagnosis or reason for a visit may complicate or slow down the client’s follow-up care.

“Yes, what has been recorded, or whether anything has been recorded at all, will affect if, for example, it is transferred elsewhere for further treatment. It is the patient’s right to have every visit recorded in the family, ”says Hauhio.

Report according to the number of visits to the health center doctor’s office increased last year. In 2020, a total of 4.9 million visits were made to outpatient clinics. In 2019, the corresponding figure was 4.7 million.

The corona pandemic has little effect on the report, as it does not take into account remote visits, but only on-site visits to the health center. THL announced earlier this month that the volume of remote transactions increased by eight percentage points last year. Remote services accounted for 30 per cent of all outpatient health care transactions.

The doctor reported an unexpected manifestation of COVID-19

Second wave of coronavirus: the German ambassador asked for more vaccines for Argentina and criticized Russia and China