Health Technology Mobidiag, sold to the United States for a historic sum, develops tests in Espoo that the whole world needs during a pandemic 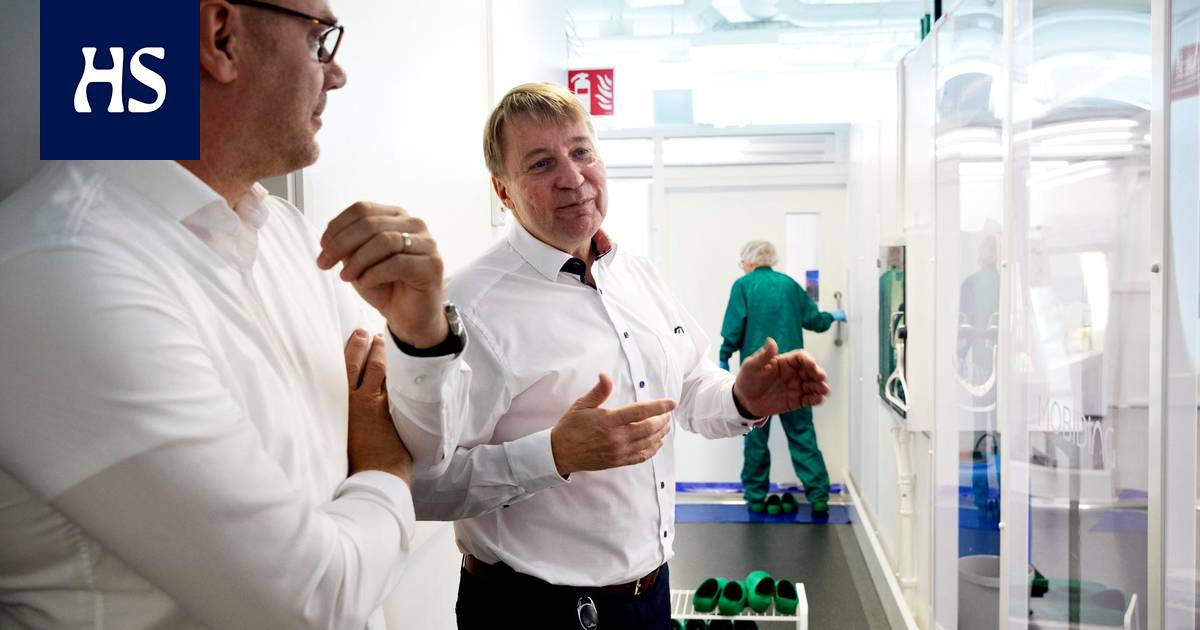 Headquartered in Keilaniemi, Espoo, Mobidiag has not been familiar to the general public. Instead, the products developed by the company have even made headlines during the pandemic. The tests developed by Mobidiag are pcr tests that can be used to test for coronavirus, among other things.

“Before the corona, no one would have understood what I mean when I said we were developing pcr tests,” Mobidiag’s CEO Tuomas Tenkanen says.

Mobidiag is developing test kits for detecting antibiotic-resistant superbacteria and diagnosing intestinal infections, for example. With the corona, operations have shifted more to the diagnosis of respiratory infections.

During the corona pandemic, the need for pcr tests has been enormous. According to Tenkanen, the strong growth may have encouraged Hologic, which specializes in women’s health, to make a takeover bid.

“From Hologic’s perspective, the most important thing is the technology we develop. With Korona, it has been clearly tested, which lowers the threshold compared to a company that still has little sales, ”says Tenkanen.

The listed health technology company Hologic, on the other hand, has a market capitalization of approximately EUR 19 billion. Biggest pharmaceutical companies like Pfizer or Johnson & Johnson have a market value of hundreds of billions.

The price range is also opened by other Finnish acquisitions. Although The largest purchases by Finnish companies are in the billion-dollar range, for example, Fazer Food Services transferred to Compass Group for EUR 475 million in 2019. In 2018, Terveystalo again acquired the Swedish health business of Attendo for EUR 233 million.

Tenkanen says that the high price level is due to the company’s unique technology.

“You have to understand that the Novodiag test platform we developed has been a giant project. More than EUR 30 million has been invested in it and it has been successful. There are not many players in the world with similar technological capabilities, ”says Tenkanen.

Tenkasen According to Hologic, Hologic’s willingness to invest in growth in Finland was a significant factor in the trade negotiations. The majority of product development and equipment manufacturing takes place in Espoo.

“Operations will continue and grow in Espoo,” says Tenkanen.

According to Tenkanen, Hologic’s corporate culture and mentality coincide well with Mobidiag. The listed company has a positive development and the ability to adapt.

“Hologic is not a typical American company,” Tenkanen says.

Mobidiag develops and manufactures test devices for diagnosing diseases that are as cost-effective as possible.­Picture: Outi Pyhäranta / HS

Mobidiag also has product development activities in France, where some special product components are manufactured. In addition, Mobidiag has sales organizations in the UK and Sweden.

According to Tenkanen, Mobidiag now employs about 230 people. When he started as CEO in 2013, there were about 50 employees. Tenkanen himself says that he will continue in management positions in the company.

“I find this very interesting. We will have significantly better resources in the future to grow our operations and sales in Europe. The deal will also open up the US market. It is almost impossible to go to the United States on its own, ”says Tenkanen.

Tenkanen is one of Mobidiag’s largest shareholders with a 10% share. In addition to Tenkanen, the four largest owners before the acquisition are Jean de Gunzburg, Timo Syrjälä and the University of Helsinki.

Last year, Mobidiag had a total turnover of EUR 42 million. In Finland, Mobidiag has made more losses than net sales in recent years. Tenkanen says that the loss is due to large investments in product development.

“The goal has been to invest as much as we can all the time.”

Mobidiagin the acquisition was also announced by Springvest, which arranges crowdfunding. In its three share issues, a total of 595 investors have invested in Mobidiag for a total of approximately EUR 9.5 million.

“The acquisition will provide well over EUR 90 million to investors through us,” Springvest’s CEO Päivi Malinen says.

Malinen says that the return of an individual investor depends on the financing round in which he has acquired his shares. For example, in the first round in 2015, a Mobidiag share was received for less than a euro. Prices rose in the second and third rounds.

The acquisition is also a big success for Springvest. Malinen emphasizes that investing in growth companies is not always as profitable.

“Investing in growth companies is very risky. I recommend decentralization to anyone who invests in them. Not everyone goes to their goals, but there are always some successes. ”