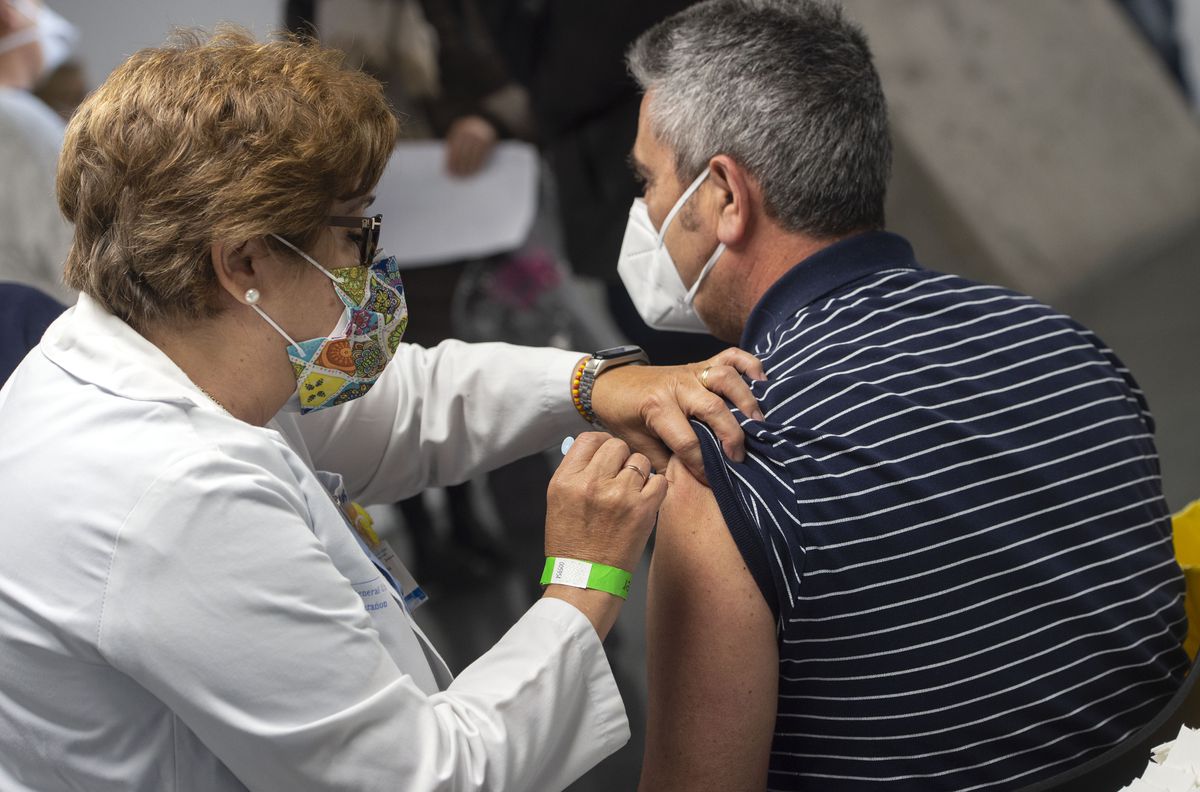 The Ministry of Health has rejected this Wednesday the voluntary vaccination with AstraZeneca of those under 60 years of age. At least for the moment, this option is out of the question. The sixth update of the Vaccination strategy against covid-19 in Spain, published this Wednesday morning, explicitly discards it for the first time, at the request made by various communities, such as Andalusia, Catalonia and Madrid.

“It must be remembered once again that the choice of vaccine cannot be established by individual choices, but must be based on efficacy and indication for different population groups. It also does not seem appropriate at the present time to offer the Vaxzevria vaccine. [AstraZeneca] to people under 60 years of age who voluntarily want to be vaccinated. Not only can the proposal be in contradiction with the ethical principles on which the strategy itself is based, but also, if there is still not enough information available to make the most appropriate decision, the value of informed consent as a guarantee of a An autonomous decision would be highly debatable, ”the document approved on Tuesday by the Public Health Commission, which is made up of technicians from the Ministry of Health and the autonomous communities, picks up.

This was a possibility that had been raised by some regional governments after the decision of the commission to restrict the AstraZeneca vaccine to those over 60 years of age, once it was verified that the very rare adverse events of venous thrombi have occurred mainly in people under of this age.

“In a context of scarce resources and in which it is necessary to prioritize, vaccination cannot be established by individual choices,” the document adds. The text argues that administering the AstraZeneca vaccine “under informed consent ad hoc” it can convey “the acceptance within the strategy that the different vaccines are the choice of the individuals. This would, in the current context, go against the ethical principles on which the strategy is based ”.

It also denies for the moment the possibility of extending the period between the first and second doses in messenger RNA vaccines (Pfizer and Moderna), and states that the first available doses of Janssen (single injection drug) will go to people of between 70 and 79 years, as announced on Tuesday by the Ministry of Health.

In this way, the vaccination plan looks like this: messenger RNA vaccines are intended for people over 70 years of age and groups with diseases that make them more vulnerable to suffering from severe covid or dying. That of Janssen, which has just been distributed among the autonomous communities, will apply in principle to septuagenarians. Those between 60 and 69 will receive those from AstraZeneca, until other vaccines are available to them.

The document does not state what will happen to people under the age of 60 who have already received a first dose of AstraZeneca. For them, vaccination is suspended in the absence of a study that the Carlos III Health Institute has just started to determine whether it is safe and effective for the second injection to be from Pfizer, something that some countries are already doing, such as Germany.