Health. In Orsay, services are moving ahead of the new hospital 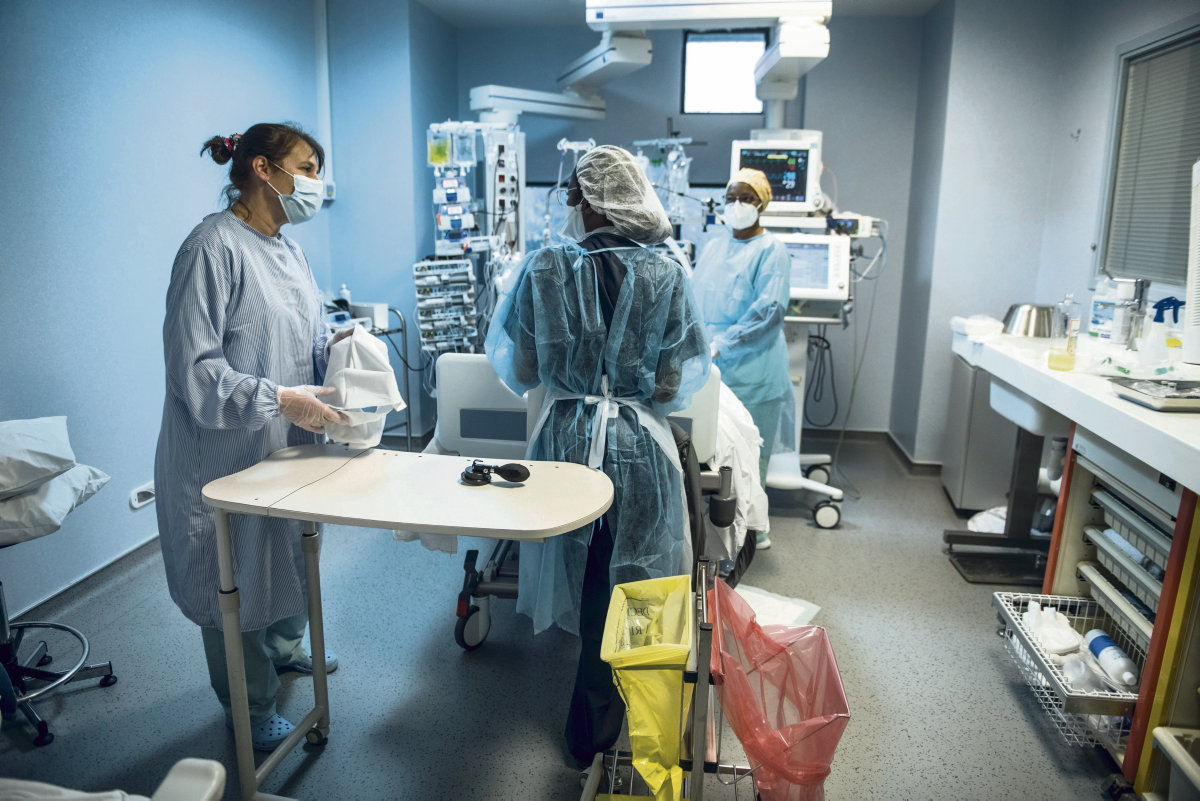 From the Chevreuse valley to that of the Bièvre, the Covid seems only a distant memory. The Paris-Saclay hospital construction project, scheduled for 2024, is continuing. While the first stone will be laid in June, the reception capacity of this structure, which will bring together the hospitals of Orsay, Juvisy and Longjumeau, today forming the Groupement hospitalier Nord-Essonne (GHNE), arouses the worry. Of the 900 beds currently available, only 416 were to remain. In this place promoting outpatient care, the gauge was then raised to 542 places (corresponding to Orsay and Longjumeau). According to the secretary of the CGT d’Orsay, Céline Van Marle, it is still insufficient: “More than 50,000 people will eventually settle on the Saclay plateau, with the technological and university center. This will clearly pose a problem of healthcare provision. “

For his part, the Director General of GHNE since 2019, Cédric Lussiez, believes that the lessons of the coronavirus have been learned and presents other figures: “We will have 880 beds”, he advances, including other structures that are part of the project. “There will be no reductions in beds and staff positions, we fought for that throughout 2020. This project is balanced! We even keep the Longjumeau hospital (which will be transformed into a geriatric structure). We have also just hired 22 people in Orsay. “

“We were 14 caregivers before, there we are only five”

However, in this hospital in the heart of the wealthy little town, far from the tranquility of the surrounding pond, it’s the blues in the upper floors. After the first wave of the virus, shutdowns of services fell. In October 2020, pediatrics ceased its activity. Pediatric emergencies have had to reduce their hours from 9 a.m. to 5:30 p.m. on weekdays. Decisions caused by the departure of four doctors in less than six months. As Thyphaine (1) glides, nurse: “We were 14 caregivers in all before; there, we are only 5. In a few days, we were asked to choose three positions, including one in pediatrics. What saved me was being a nursery nurse. “ If three caregivers were transferred to Longjumeau, the remaining staff are not at ease. “We are doing right now because activity is down with the Covid, but what will happen with the return of gastroenteritis and bronchiolitis? Asks Carole, her colleague. There is also a loss of luck for children. “ Thyphaine wishes to emphasize the specificity of the service: “The atmosphere is family-oriented, there is teamwork with the doctors. We really hope that we can maintain the same thing at Paris-Saclay. “

“When we see how they managed the Covid crisis …”

This Tuesday afternoon, the atmosphere is electric in surgery. While one of the caregivers wonders where a patient has gone, finally released from the hospital without warning, an empty room is quickly occupied by a new patient. The hunt for available beds, which takes time on a daily basis, is complicated by reserving 8 of them for cases relating to general medicine. Juliette, just out of nursing school, does not know where to turn. Back to lend a hand on her day off, she takes two seconds to breathe: “There is one nurse for 20 patients. At the same time, blood tests and preparations for the block are managed. “

In this tense context, the sale of the Juvisy hospital to Korian dealt an additional blow to morale. The giant of nursing homes, which already takes care of the home hospitalization of the structure, bought the walls for a value of 12 million euros. “When you see how they handled the Covid crisis… sighs Fabienne Chenu, representative of the CGT and nurse in the after-care and rehabilitation service. The worst thing is that they are going to raze everything to rebuild and that, then, we will pay them 150,000 euros in rent per year to keep the emergency rooms and the Smur in the new buildings. We walk on the head ! ” As for staff who wish to stay on site, they can still apply under private status. For the director general of the GHNE, Cédric Lussiez, the fears of the staff mixing current upheavals and apprehension towards the future hospital “Are linked to the fear of change. Nothing is done in financial considerations ”, he assures.

But some staff are not convinced by this communication. These permanent movements and the efforts required were right in the motivation of Jacqueline, nurse for almost two decades in Orsay. “Reorganizations are always carried out hastily, without asking the advice of agents, who have no other choice but to adapt. This was the case for the implementation of the vaccination of caregivers. I am also concerned about the quality of patient care. “ Despite the 22 recruitments put forward by the management, the holidays remain chaotic. “We can never take a full week, we have to work at least one of the two weekends, specifies Céline Letellier, elected from the CGT. They impose the days of RTT on us. When we are on leave, we are told that we should not go too far. “

While the prospect of the new hospital is materializing at high speed, with the filing of the building permit in October 2020, Nathalie Le Méné, assistant secretary of the CGT in Orsay, slices: “We are not against Paris-Saclay, but we would like to keep and renovate the three existing hospitals. “

Sometimes reality also forces us to take a step backwards. At the start of the pandemic, resuscitation, transformed since 2019 into continuous surveillance care, had to open, on pain of bordering on disaster. The equipment transferred to the nearby hospital was urgently repatriated. “I’m super happy to be able to do my job again! launches Johanna, intensive care nurse. We were clearly able to save people.From now on, nobody dares to consider closing this service.

The insults between Piqué and Griezmann before the Barcelona debacle