Health and communities finalize the relaxation of outdoor masks whenever there is 1.5 meters of distance 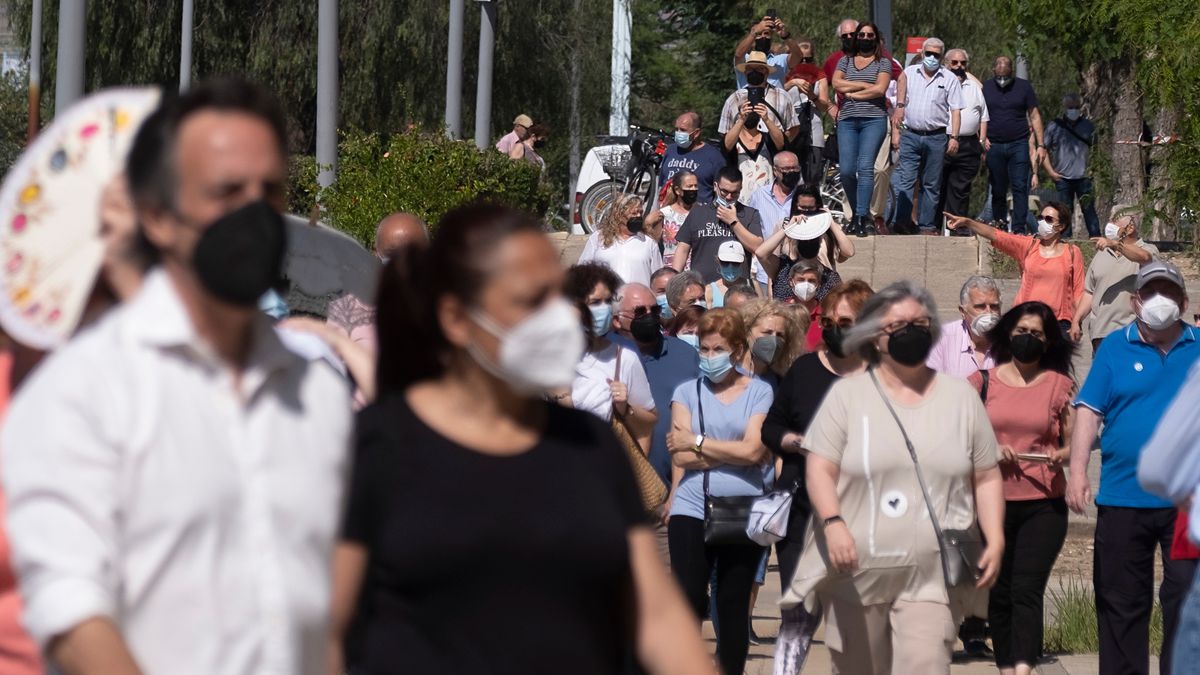 Mandatory street masks have their days numbered. What is not yet known is how many. Since a month ago Fernando Simón said that they could relax “in not many days”, more and more autonomous communities are urging the Government to make this decision. This same Tuesday, the president, Pedro Sánchez, repeated the message: “Soon we are going to abandon the masks abroad.” But he has not confirmed the date.

In the last month, technicians from the Ministry of Health and the autonomous communities have been finalizing a document with the details to relax the use of face masks. According to sources from these working groups, the report is practically completed and contemplates that they cease to be mandatory outdoors in little crowded places where at least 1.5 meters of distance between people can be maintained. That document has to be approved by the Public Health Commission, but at its last meeting, last Tuesday, it did not address the issue.

As Sánchez recalled, during his speech at a business meeting together with the president of South Korea, Moon Jae-in, who is on a state visit to Spain, the relaxation of the use of masks outdoors is supported by the progress of vaccination that has reached a “cruising speed”. “In a few days the milestone of more than 15 million immunized Spaniards will be reached in what is the largest vaccination campaign in our history,” said the president, who remarked that a record was broken last week, with 3, 5 million doses inoculated in seven days.

“In a few weeks, 50% of the population will have at least one dose and the roadmap is clear and is being met,” he stressed, referring to the goal that 70% of Spaniards are vaccinated by the end of summer . Thus, after recognizing the “hard blow” that the pandemic has caused to the Spanish, South Korean and global economy, he has again claimed that “total vaccination is the bridge to full recovery.”

Faced with the insistent questions from journalists about the masks after the Interterritorial Council of the National Health System, Minister Carolina Darias has repeatedly avoided giving a date for her relaxation, not even a guideline. “As President Sánchez has said, flexibility is close at hand. We are working on it to make it possible and when we have the information we will transfer it. It will be done according to the legal framework and in coordination with the autonomous communities ”, he pointed out.

For the flexibility of masks to come into force, article 6 of the Law 2/2021, of March 29, which establishes the mandatory nature of outdoor and indoor masks, regardless of the distance, until the pandemic ends. There are three ways to do this: the first would be for Parliament to amend the law, a long process that would not arrive in time. The second, that in the approval of another law an amendment is added that allows the elimination of face masks. And the third, the fastest and most probable, that the Government approves a royal decree-law that annuls the norm, something that could come into force immediately and that would require the endorsement of Congress in the 30 days following its approval.

Meanwhile, several autonomous communities have been asking for days that the mandatory nature of masks be eliminated as soon as possible. The Galician president, Alberto Núñez Feijoó, had been doing it for weeks, who this Wednesday insisted: “I hope that we are not late also to withdraw the use of masks as we have been late to other approaches during the pandemic.” Speaking to the media after a visit to a nursing home, Núñez Feijóo has admitted that the Xunta expected progress in this regard in the Public Health Commission on Tuesday. “At least in the design of conditions to go looking for dates to remove the mask abroad,” he said.

Communities such as the Basque Country, Castilla-La Mancha or Madrid have also been openly in favor of implementing this measure, three autonomies of different political signs whose governments believe that the conditions are already in place for citizens to go down the street with their mouths uncovered. .

France announced this Wednesday that masks would no longer be mandatory outdoors as of tomorrow. In other countries, such as Germany, the mandatory nature of face masks has been limited to indoors, but on the streets they have always been voluntary, even at the worst moment of the pandemic.