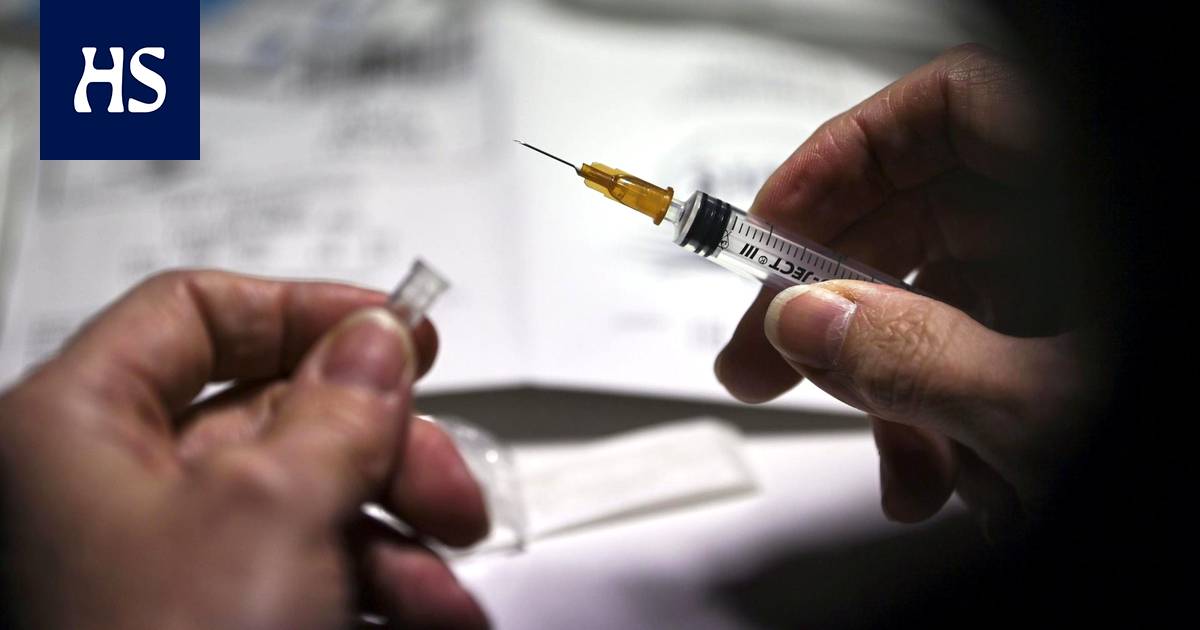 The police have reservations about the idea that naloxone should also be added to the equipment of patrol police.

Overdose deaths In the future, the drug may be distributed free of charge to drug users in Finland. The Expert Group on Drug-Related Death Prevention, which began earlier this month, is investigating whether the opioid poisoning antibody naloxone should be offered to drug users in the same way as, for example, clean syringes.

In the event of an overdose, naloxone reverses the effect of opioids, such as respiratory depression. Several European countries already have naloxone programs where the substance is distributed free of charge to drug users and their relatives. In Finland, for example, paramedics have naloxone in an ambulance, but otherwise the substance can only be obtained with a prescription.

Naloxone is most easily administered as a nasal spray. Specialist at THL, Department of Health and Welfare Sanna Rönkä emphasizes that, in addition to this, the overdose patient always needs other treatment. Naloxone programs include training users and relatives, among other things, to identify overdoses and to promptly seek additional assistance in addition to naloxone administration.

“The state of poisoning can be long and it is important to always call an ambulance and go to the emergency room. Even if a person appears to be token after administration of naloxone, their condition may worsen again, ”says Rönkä.

In Finland too the possibility of adding naloxone to police equipment has been suggested, as is the case in the United States. According to THL’s Rönkä, the issue is on the agenda of the future in the expert group.

The police have reservations about the idea. Police Inspector of the Police Board Vesa Pihajoen according to him, it would be difficult to get into a situation where the police could give medication in field missions.

“In police prisons, guards dispense medications prescribed by doctors with pre-determined dosages. For that reason alone, training has had to be organized so that the distribution of medicines can be handled, ”explains Pihajoki.

“It’s even more challenging if cops in a field encounter a person who is confused or poisoned. In that situation, how could a police officer, without the training of health professionals, identify what is causing this and whether the situation is so serious that it requires some medication, ”he asks.

Pihajoki emphasizes that Finland already has a well-functioning and rapid response to emergency care.

“The cops are professionals in a particular field and then we have an on-call ambulance to quickly have health professionals on hand to handle that side. However, situations in which the police patrol faces a poisoning situation without first aid on site are likely to be rare in relation to all field police being trained (using naloxone) and procured for all equipment. ”

Although Good experience has been gained with the distribution of naloxone in several countries, and more information is needed on its effectiveness in Finnish conditions. Naloxone is known to be effective in overdoses of heroin and morphine, among others, but in Finland most opioid poisoning is caused by the concomitant use of buprenorphine, alcohol and benzodiazepines.

As a substance, naloxone is generally considered safe. The most common side effect is nausea and other typical opioid withdrawal symptoms when naloxone suddenly reverses the effect of opioids in the body.

Some have suspected that the availability of naloxone could lead to a more risky use of opioids. However, the idea has been widely rejected.

“There are results that dosing naloxone in the midst of opioid intoxication is such an unpleasant experience that the user tries to avoid it. In other words, the availability of naloxone is unlikely to increase risk behavior, ”says Rönkä.

The naloxone program is one of the seven developments under consideration by the expert group. In addition, consideration will be given to, among other things, drug rooms and how access to substitution treatment could be speeded up and facilitated. The term of office of the working group will last until the end of March 2023.

In Finland, the number of drug-related deaths has doubled in the 21st century. According to Statistics Finland, 234 people died of drugs in 2019. Among men under the age of 40, drugs are the second most common cause of death after suicide.