“He went in and out silently”, says Rogério Marinho about a meeting with Jair Renan 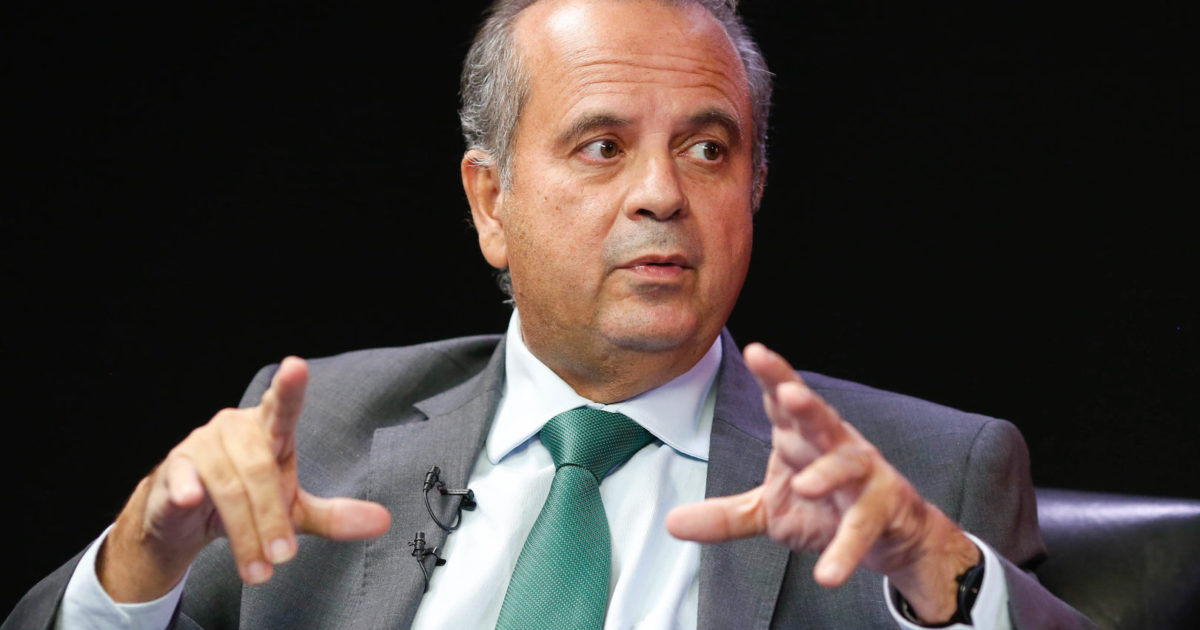 The minister of Regional Development, Rogério Marinho, said this Tuesday (6.Jul.2021) that the meeting that was attended by Jair Renan was “requested by an assistant in the president’s office”, but that the 04 son of President Jair Bolsonaro (no party) “in and out silent”.

The statement was made after Marinho presented the results of the folder to the Financial Inspection and Control Commission of the Chamber of Deputies, as of 3:40 pm. The meeting was requested by federal deputy Léo de Brito (PT-AC).

Marinho explained about a meeting he had with representatives of the company Gramazini Granitos e Mármore Thomazini, which would have been brokered by the president’s son.

In March, the Federal Police opened an inquiry to investigate deals involving Jair Renan. The suspicion is that Renan practiced influence peddling and money laundering when he got a car to broker a meeting of businessmen with the federal government.

The meeting was allegedly organized by the president’s son in October of last year. Representatives of Gramazini Granitos e Mármores Thomazini, a company that operates in the mining and construction sectors, met with Rogério Marinho, Minister of Regional Development.

Renan participated in the meeting. The meeting took place 1 month after he won from the company of one of the partners, Neon E. Motors, an electric car valued at R$ 90,000.

In his speech, the PT member questioned some points about the minister’s meeting with Jair Renan: if Marinho would have been embarrassed by the presence of the president’s son, what was the meeting’s agenda [e se a reunião aconteceu mesmo], what were the demands presented by the company, who was the intermediary of the meeting and if it is common in the ministry for the president’s children to take companies.

“VOur landlady presented a little of the various actions of the ministry of regional development, but did not present, did not make any plausible justification regarding issues that were raised in our application regarding transparency, which concern the proper application of public resources that is the central object here of this financial inspection and control commission. One of the objects of our application is exactly the practice of influence peddling, Minister, by the son of the President of the Republic.” said the deputy.

“Mr. Jair Renan, who received from a company called Gramazini Granitos e Mármore Thomazini, an electric car valued at R$90 thousand reais, this is being investigated by the Federal Ministry, and one month after this donation, in October of last year, the company has scheduled, with your excellency, with the Ministry of Regional Development, an audience with your landlady, which was attended by the son of the President of the Republic”.

“[sic] the sons of the President of the Republic who have acted as if they were the owners of Brazil. Recently here in which the dream of financial inspection of one of the president’s sons came to try to intimidate specifically when I criticized their father, who is President Jair Bolsonaro”, said the PT.

“You were embarrassed by the presence of the president’s son, because it’s not a very normal thing, right? In the ministry, a son of the President of the Republic doing law, right? Promoting influence peddling in favor of a company”, he asked.

Said that “The meeting took place only in 2020, almost a year later. And it was requested by the president of the president’s cabinet, by one of his assistants, we even responded to that to the press at the time. And this meeting discussed the topic of technological innovation in the housing program. The company had a solution and presented us and we forwarded this presentation to the relevant body, which is precisely the housing department, which receives hundreds of contributions that are raised and considered or not. The ministry does not hire housing projects or technological solutions, it is the companies that meet the notices through residential lease funds. It has no cause-and-effect relationship in the presence of the president’s son. The case that he was present did not cause any embarrassment, even because he entered silently and left silently”.

The president’s son has owned an events company, Bolsonaro Jr Eventos e Mídia, since November 2020. Before opening his office in September, Renan went to Barra de São Francisco, Espírito Santo, in search of sponsors. It is in this city that Gramazini’s headquarters are located.

Since then, the company has relied on Renan’s influence to expand its business throughout Brazil and to the United States and Israel. The magazine Look reported another meeting between the group and the Ministry of Regional Development, in November. At the time, one of the company’s partners confirmed that Renan had arranged the meeting.

Second The globe, the group of which Gramazini is part, comprising 17 mining companies, has already received at least 15 authorizations from the ANM (National Mining Agency) in 2021 to expand its business.

In addition, since September 2019, the company has had a tax benefit of 75% on the payment of the IRPJ (Income Tax of Legal Entities). In other words, Gramazini pays only 25% of the taxes that the company owes to the government. The benefit is valid until 2028.

With the reduction of taxes, authorizations from the ANM and meetings with the federal government, the MPF started a preliminary investigation into the case, at the request of the Psol. Now, the PF has opened an investigation to investigate the alleged crimes of influence peddling and money laundering.

In a note to the report of Globe, Neon E. Motors, said the car was a gift sent to Brasília. There was no change of ownership, but there were videos on social networks that show the donation of the vehicle to Renan and Allan Lucena, Undersecretary of Programs and Economic Incentives of the Federal District and partner of the events company. There are no more car videos on Renan’s networks. Lucena has her private profile on Instagram.

Frederick Wassef, lawyer for the president’s son, denied that Renan received the electric car. It also denied that its client had committed any irregularity or articulated that companies had access to the federal government. “It is an irresponsible inference to once again try to attack the President of the Republic with things that do not exist“he said, in a note.