He was married 5 times.. the bear Hani died in the Giza Zoo in Egypt 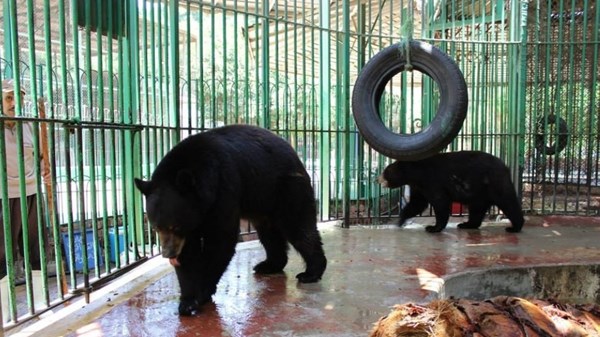 The bear, Hani, died at the Giza Zoo at the age of 21 suddenly, this evening, which caused a state of sadness among the workers and officials in the zoo.

The Egyptian Ministry of Agriculture, represented by the General Authority for Veterinary Services, formed a scientific committee comprising experts from the Animal Health Research Institute and the Department of Internal Medicine at the Faculty of Veterinary Medicine in Cairo to conduct the anatomical characterization and determine the causes of death for the bear Hani.

The causes of death are still unknown, despite the autopsy process, which showed that there were no apparent causes for the death of Hani, who attracts thousands of visitors daily and searches for him because of his constant interaction with them.

The bear married Hani 5 times and left the bears Salwa, Nevin and Samah alone without a husband, as the park now includes 4 other bears, male and 3 female.

The bear Hani sparked controversy on social media in 2013 after he caused the death of 3 female bears, who are noble, Farah and Lulu of the American black bear lineage. .

Director of the Giza Zoo, Dr. Maha Saber, told Al-Ittihad that the death of the bear Hani was natural for an elderly animal, explaining that the bear Hani was being dissected by a committee from the College of Veterinary Medicine, the Animal Health Research Institute and the zoo.