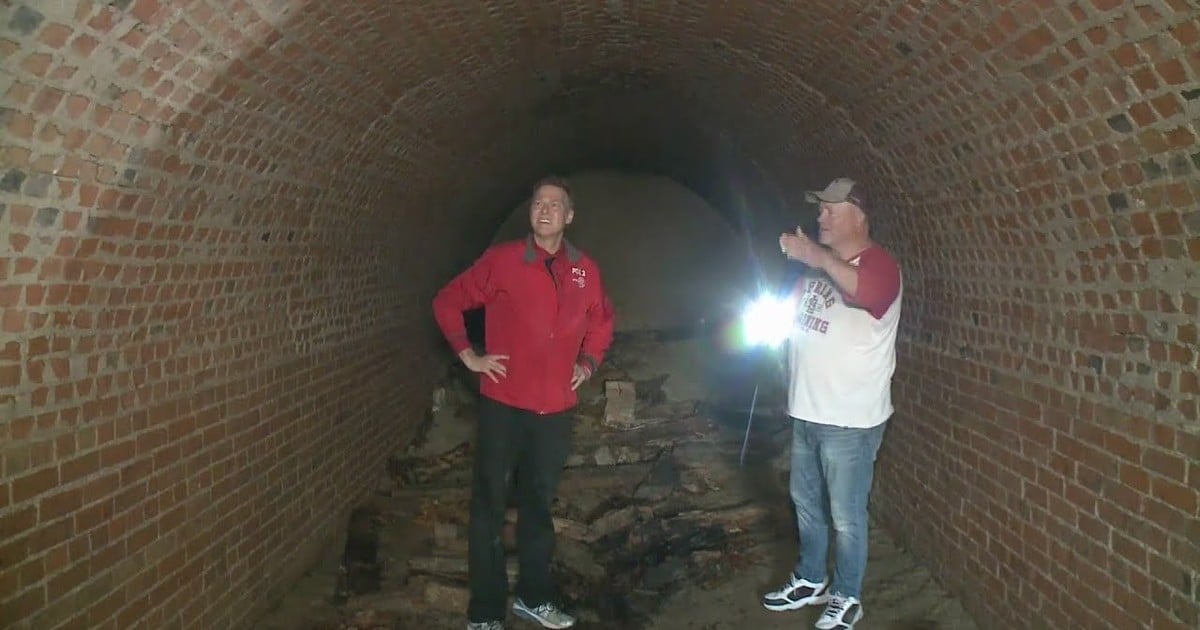 The man had noticed that a part of the sidewalk of the house, located at 322 Langdon Street, was hollowed out and decided to repair it.

Gary Machens of Alton IllinoisIn the United States, he had no idea what was under his house until he had to fix the sidewalk. Suddenly, the ground began to tilt and he needed to dig deeper and deeper into the area until he discovered that under his home was a mysterious structure of the XIX century.

“My husband stepped on the bottom step and collapsed,” his partner Beth told the news network Fox about how the find was.

According to experts, the tunnel is almost 200 years old and it possibly played an important role in history. (The Alton Telegraph)

An important role in history

It is a tunnel that, according to experts, is almost 200 years old and possibly played an important role in history. Machens says he was told by local historians that the tunnel was built around 1840In other words, 50 years before what is now his house was built.

While digging, Gary Machens came across a stone wall. When he managed to knock it down, he discovered the entrance to the tunnel. “He called me at work and said, ‘You better come home; you’re not going to believe what I just found, ‘”Beth told the US station.

As for the purpose of the structure, nobody is very clear. According to the owner “it’s unique, there are some tunnels around the Alton area since we checked with the Landmark Historic Society.

The tunnel would have been built around 1940, some 50 years before the house. (The Alton Telegraph)

After the discovery, the man also learned the history of his home. Apparently, three former Alton mayors had lived in the house over the years.

“I don’t know if any of them knew about this. The house was built in 1890, the tunnel is believed to date from 1840, so it was here for 50 years. What it was used for, I don’t know. We have maps dating back to 1863 and this house was not there and there was no other on the property in its place, ”says the man who believes the find should bring him an increase in the value of the current home.

The mysterious tunnel is estimated to be about 2.7 meters high by at least 18 meters deep. It has an entrance arch, made of limestone and the passageway, which is made of brick. Meanwhile, the soil is mainly earth and stone, with pieces of wood.

Alton is a city located in the county of Madison in the American state of Illinois. In 2010 it had a population of 27,865 inhabitants and a population density of 753 people per km².2 It is located on the left bank of the Mississippi River, which separates it from Missouri, a few kilometers north of San Luis. There the famous jazz trumpeter and composer Miles Davis was born.