He kills a woman he wants to marry .. Then he commits suicide 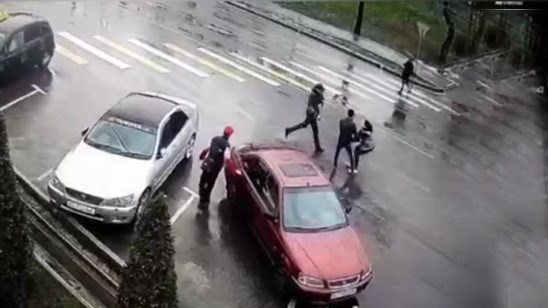 A man kidnapped a woman to marry her, as is the prevailing tradition in Kyrgyzstan, but the joy was not completed after they were found dead.
Police found the body of Isada Kantapikova, 27, two days after she was kidnapped by three men after being tied and taken in a car.
Later, the victim’s kidnapper, who was also her supposed killer, was found dead, according to the police, who attributed his death to suicide.
Police arrested one of the other two hijackers, state television reported Thursday.
Kyrgyz Prime Minister Ulughbek Maribov called on the demonstrators to “show patience”, pledging to prosecute all those involved in the crime.
The President of Kyrgyzstan, Sadir Jabarov, also wrote on Facebook that the incident should be the “last kidnapping” of a woman with the intention of marriage.
Figures from the UN Women’s office in Bishkek indicate that one in every five in this country gets married following a kidnapping.

Juana Viale and Martín Bossi fighting in the street: ‘You hurt yourself!’

Falcon and the Winter Soldier: “It’s great to show the superhero out of the suit”