He crossed in red with a patrol car and killed a hairdresser: he was free 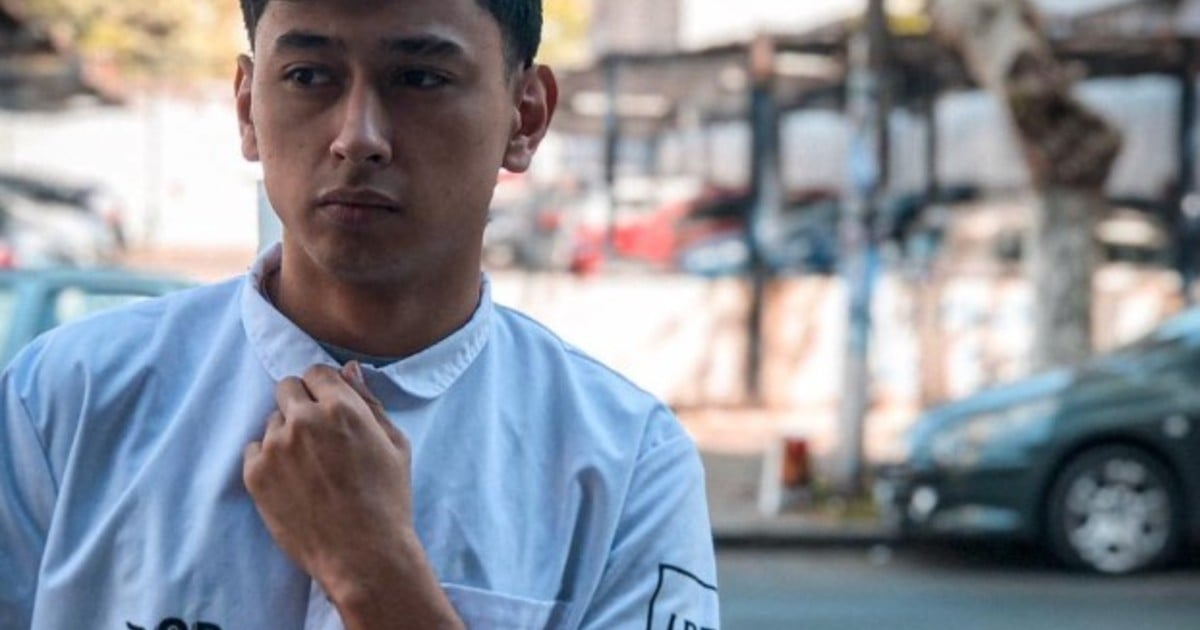 It was 3:50 pm on May 16 and “Nacho” was returning from a work meeting. He wanted to add another shift, in addition to the one he did at the Harlem Barber Club, of which he was a member. Since he was in school, Ignacio Yustos (21) wanted to cut his hair, have his own premises and become independent.

That Sunday he returned to his father’s house to watch the Boca-River game on television. “Nacho” had to eat a bite with his family, but he ended up being attacked by a patrol car that crossed the red light.

It was at the intersection of Avenida Balbín (Route 8) with Pueyrredón, in San Martín. Right in front of the popular “Chinin” ice cream parlor, where a cell phone driven by officer Agustina Gutiérrez (24) hit the motorcycle on which Ignacio was riding.

Another motorcyclist was saved by inches who managed to avoid them and who ended up assisting the young man, something that – they question – the police officers did not do.

Gutiérrez served in the San Martín Patrol Command and was with another officer. According to his statement, which contradicts the evidence collected at the time, he was guarding an ambulance that was heading to the Eva Perón Interzonal General Hospital of Agudos (former Castex), about 11 blocks from the scene of the event, the same one in which Ignacio would end up dead.

More than 14 testimonies were incorporated into the file and most agree that no ambulance passed by either before or after the fact. They also assure that the patrol car did not have the sirens on.

The image that the relatives of Ignacio Yustos spread about the police who were driving the patrol car.

According to the records of the security cameras, they were not circulating guarding the ambulance either, but had lost it three blocks before.

Ignacio flew, just like his blue Zanella. Although he crossed at low speed, with the traffic light green and wearing a helmet, he died five minutes after entering the hospital due to the severity of his injuries.

The patrol car was speeding and hit the motorcyclist.

According to witnesses, Gutiérrez stayed inside the vehicle and his partner came to see what was happening, but they did not assist the young man, who was left lying on the ground.

The Buenos Aires Police Ford Ranger truck was crossed to cut off traffic.

The investigation was in the hands of the prosecutor Ana De Leo, of the UFI N ° 4 of San Martín, who requested the arrest of Gutiérrez. The officer was made available by the Ministry of Security of the Province of Buenos Aires.

Last week, by decision of Mariano Andrés Porto, of the Court of Guarantees No. 1 of San Martín, they released her.

Gutiérrez is accused of “aggravated wrongful death“and the expectation of the maximum penalty is 6 years of effective prison and disqualification from driving.

Prosecutor De Leo appealed the judge’s decision citing “procedural risks.” Now it was up to Judge Porto to define his situation, analyzing the evidence collected at the time.

“They sent her home, she is with her family, she can circulate quietly. Not even her driving record was taken away, so can drive again without problems. At least until the trial begins, “was outraged Mónica Yustos (40),” Nacho’s “aunt.

The woman added: “They told us that they made her available, we do not know if they took the weapon from her, but she continues to collect her salary, the only thing she cannot do is leave the country.”

This Thursday, at 6:00 p.m., they placed a yellow star, a characteristic to represent victims of road accidents and to remember Ignacio. It is at the intersection of Ruta 8 (Avenida Balbín) and Pueyrredón, for the National Road Safety Day.